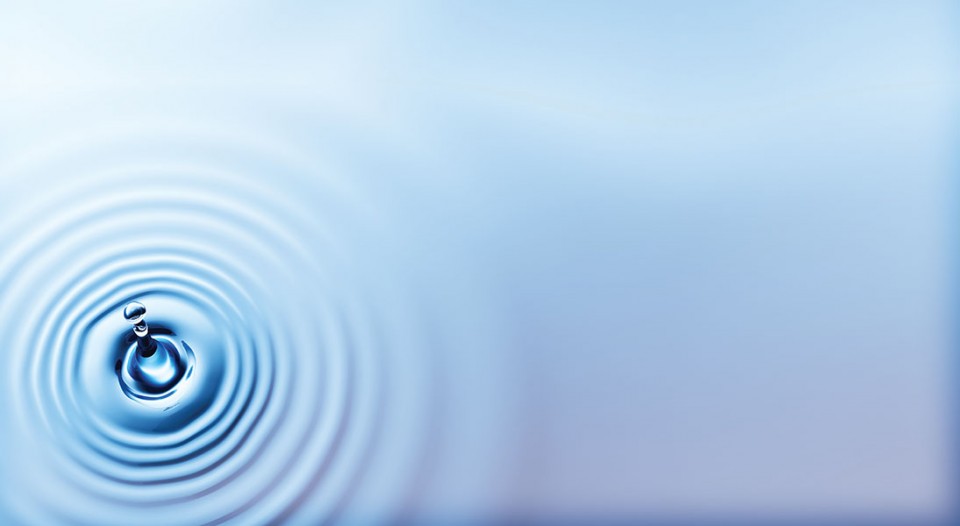 Series editor’s note: Most who write for “Deeper understandings” are full-time professors at our seminaries, colleges and universities. The majority of the church’s “resident theologians,” of course, are parish pastors like this month’s author, Mark Brocker, who has taught at Pacific Lutheran Theological Seminary, Berkeley, Calif. His daughter, Rachel Brocker Langford, also contributed to this article. —Michael Cooper-White

Behind St. Andrew Lutheran Church in Beaverton, Ore., a beautiful stand of majestic Douglas firs towers over the parking lot. Through a narrow opening in the tree line and down a wooded path is a small clearing known as “The Sanctuary of the Firs.” This intimate space has been the site of many sacred gatherings, chief among them five baptisms, including two of my grandchildren.

People have brought water for these baptisms from all over Oregon and the United States—even the Mediterranean Sea. My son, an avid fly-fisherman, has brought water from his favorite trout streams for his children’s baptisms, connecting the waters that mean so much to him to this sacred rite. For my family and the people of St. Andrew, this baptismal practice has highlighted how water connects us with one another and with the Earth and all its inhabitants.

God’s presence in these collected baptismal waters, poured out among magnificent trees, has been palpable. The “Litany of Water” in the order for baptism in Evangelical Lutheran Worship further testifies to this presence. It assures us that in the beginning the Spirit moved over the face of the waters and brought forth new life, that God delivered Noah and his family from the waters of the flood, that God led the people of Israel through the Red Sea out of slavery into freedom, and that God was present in the baptism of Jesus by John in the waters of the Jordan River.

Referencing these stories of promise and covenant roots us in our belief that God is really present, that God is immersed in, with and under the waters of our own baptism. Knowing God in the waters of baptism helps us know God in the stuff of ordinary life. God is as near as the water we drink and bathe in, the water that makes up a majority of our body and covers more than 70 percent of the Earth’s surface, the water that falls on the land and helps produce the food we eat.

Water is, in some ways, such a basic thing. In much of the Pacific Northwest water is so plentiful that we almost take it for granted. Martin Luther once said, “If you really examined a kernel of grain thoroughly, you would die of wonder.” Surely the same could be said of a drop of water. Given what God has invested in water, it’s fitting to be filled with gratitude and wonder as we ponder the gift of water in baptism and in the course of our daily lives.

The waters around us

While wading into the clear, swiftly moving waters of the Deschutes River and casting my fly-fishing line just above the surface, it’s hard to imagine that in some places water is something other than life-giving. The Deschutes drains into the Columbia River. Despite its beauty and importance, parts of the Columbia River aren’t thriving.

Responding to this sad reality on the Baptism of our Lord Sunday, Jan. 8, 2001, the Catholic Bishops’ of the Pacific Northwest published a pastoral letter, “The Columbia River Watershed: Caring for Creation and Our Common Good.” The bishops made clear that our human well-being in the Pacific Northwest is closely connected with the well-being of the Columbia River watershed and all its inhabitants. This letter was a significant contribution in teaching Northwesterners to think of watersheds as our primary geographic reality, as our common home.

Learning to think of our physical locations in terms of our surrounding watersheds is crucial to the thriving of life on our Earth home. But this isn’t an instinctual way to think about our surrounding environments, as St. Andrew’s history with its land demonstrates. Shortly after moving to its current 10-acre site in 1961, nearly 7 acres of the congregation’s property was designated as wetlands by the State of Oregon and thus not available for future development.

For several decades the congregation wondered what to do with this 7 acres, with some members even viewing them as a liability. But over the years awareness of the value of wetlands has increased, and St. Andrew has been working for 10 years to restore ours with help from Clean Water Services and others from the community. We now know that being situated in such an environment, surrounded by majestic trees and wetlands, is a valuable reminder of our connection with our watershed and the Earth.

In April 2013 theologian and activist Ched Myers came to St. Andrew to lead a workshop on Earth care. After a well-attended and well-received session, we gave Myers a tour of our Sanctuary of the Firs and wetland. He seemed excited by our intentional connections with our immediate environment and was especially encouraged when he heard that the St. Andrew Earth Care Team was interested in pursuing the restoration of our wetland and local watershed. Myers’ excitement stemmed from the connection of our goals to his call for a “watershed discipleship alliance.” This entails a commitment by Jesus’ followers to healing our world by restoring the health of our respective watersheds.

The time and need for such discipleship is now. In September 2003, at a theological conference at Holden Village, a retreat center in the North Cascades of Washington, the late Sen. Paul Simon of Illinois emphasized that water would be at the center of major conflicts around the globe in the 21st century. In this, one of the last public presentations he ever gave, Simon urged his listeners to “follow the water.” He warned of a catastrophic water crisis unless aggressive measures were taken to address it.

Simon, the son of a Lutheran minister, was a passionate advocate for providing access to safe water and sanitation for developing countries. The Senator Paul Simon Water for the World Act of 2014, which committed our nation to providing “living water” for those most in need of it, passed by voice vote in the Senate and House of Representatives. This act of unity, almost unheard of in today’s political climate, is a testimony to the universal importance of water.

A future filled with living waters

In the final chapter of the Bible, Revelation 22, John offers us a beautiful vision of a future filled with living waters. On either side of the river of the water of life, which flows from the throne of God and the lamb Jesus Christ, is the tree of life with its 12 kinds of fruit. The leaves of these trees are for the healing of the nations. Jesus exhorts: “Let anyone who wishes take the water of life as a gift” (22:17). As Jesus’ followers, we receive this precious gift of living waters with deep gratitude and seek to use it for the healing of our Earth home and all its inhabitants.

Mark Brocker
is a pastor of St. Andrew Lutheran Church, Beaverton, Ore. His forthcoming book on caring for creation is "Coming Home to Earth."

Rachel Brocker Langford
is associate director of admissions at the Lutheran Theological Seminary at Gettysburg (Pa.).