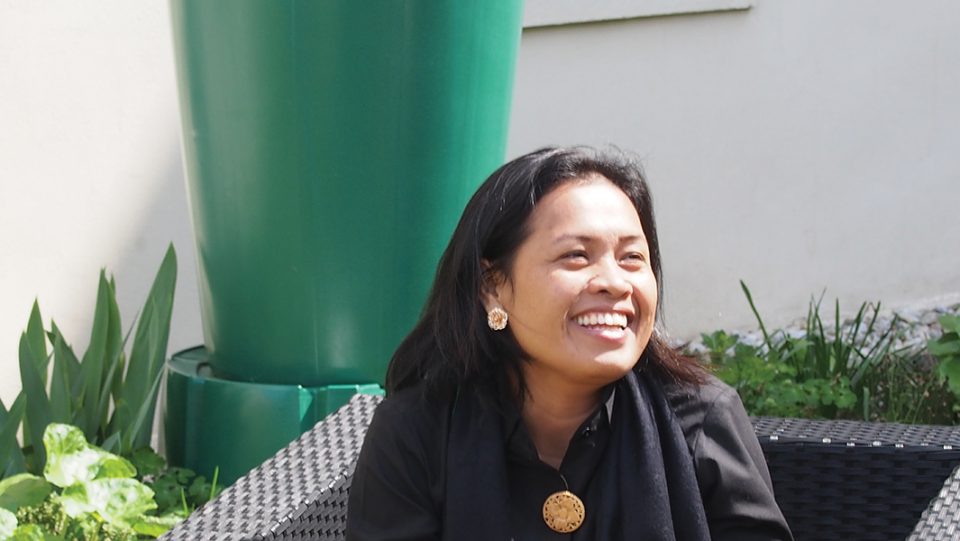 Julinda Sipayung has made it her life’s work to counsel, educate and empower Indonesian women who are victims of domestic violence to speak up and speak out.

A Lutheran pastor and coordinator of the Sopou Damei (harmony place) Women’s Crisis Center in Pematangsiantar, she believes that “when we support women, we can break the cycle of poverty and violence.”

The center, which is supported by the Simalungun Protestant Christian Church, is a resource for women and children who fall victim to violence in the largely patriarchal and Muslim-majority country. Domestic violence is a pervasive problem in Indonesia, Sipayung said. Most of the cases she sees are Muslim women, and “their religion allows men to commit violence.”

Since Sopou Damei is a ministry of the church, Sipayung often begins conversations with women by asking for their permission to pray together. “Sometimes we quote the Bible. It’s part of our mission to share the good news,” she said. “I think we give them hope, with the Holy Spirit.”

Prior to becoming coordinator, Sipayung served 15 years as a parish pastor. She said her current role is fulfilling because she works to address a critical issue in Indonesia—and around the world. “From birth in this world, many women become victims of violence. When you become a victim of domestic violence—physical, emotional, economic, sexual—you can’t talk to anyone,” she said. “My work is to educate women on gender equality and human rights and encourage them to speak up. When you speak up another woman could be saved.”

In March she joined an ELCA delegation that attended the U.N. Commission on the Status of Women. Building relationships with women from other Lutheran churches was inspiring and eye-opening, she said.

Sipayung has been married for 13 years, but she and her husband have not yet been able to have a child. This has placed an additional burden and social stress on the couple because of Indonesian cultural norms.

“But it is nothing if I compare it to other women’s struggles,” she said. “I think, maybe God’s using me, my struggle, to help others. I look at these women, at least I know how they feel, how they struggle. A wounded healer has the capacity to heal others’ wounds.”