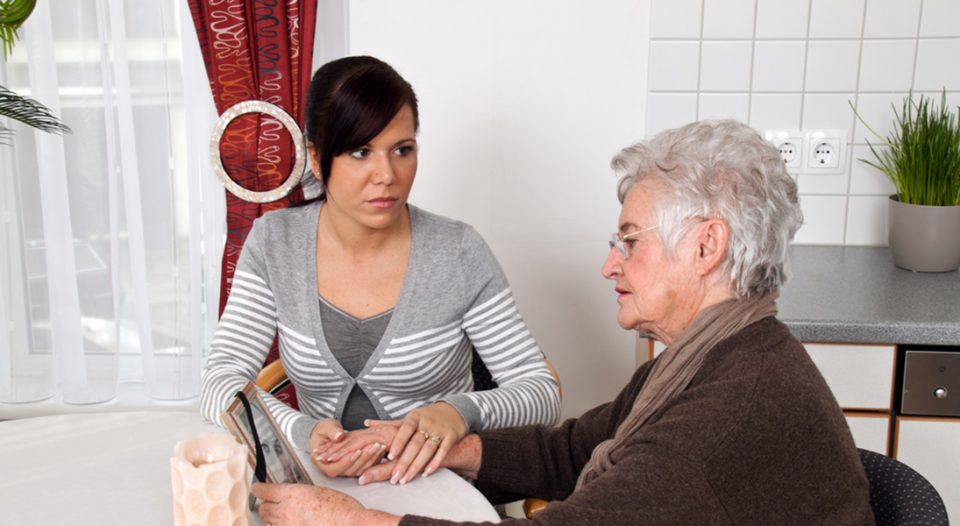 While giving a presentation about suicide prevention to a group of teens at Our Saviour Lutheran Church, Naperville, Ill., one of the pastors stepped forward and told this story:

I witnessed my neighbor last year moving herself and her three children out of their house on a Saturday. She had experienced a turbulent, violent marriage and divorce. I took her some coffee and sat with her in her kitchen for a final farewell chat. She was deeply sad and seemed depressed about her situation.

As I talked with her I became scared that she was not only hopeless about her family’s future but possibly near suicide. So even though I didn’t know what to say, I asked her if she was thinking about killing herself and her children. She looked aghast and quickly reassured me that she was not contemplating any harm.

I remember being so relieved that I didn’t have to pursue the issue any longer as I knew I was not equipped to have a long discussion about suicide. About a year later, I saw her in a grocery store and we talked about how she was doing. I was shocked when she volunteered this:

“Pastor, remember when you asked me about suicide and I denied it?” I did remember, dreading the next part of the discussion because I still felt inadequate and unschooled on this topic.

“Well, I lied that day,” she told me. “Not only was I thinking about it, I had it all planned including where I would leave my children for care. But when you asked me about my intentions, I listened to myself and knew I couldn’t follow through on my plans. Your question changed my life and my children’s lives.”

According to research in the last 25 years, ASKING about suicide—having the courage to speak the word and just listen—is the one suicide prevention tool any of us need. Ordinary people—not just professionals—can do this. In fact, ordinary people do this better than professionals because our neighbors, friends, relatives, colleagues and classmates have a connection to us that is far more important than professionals. Churches and faith-based communities are the perfect delivery system for this support because of the caring connections—not just to each other but to a living God who gives meaning and inspiration to our lives.

Many of us are afraid to talk about suicide because decades ago public health information stigmatized the topic—declaring that discussion of suicide would encourage and plant the seed in a person’s head and heart. Now we know that discussion tends to lower the anxiety around the issue and create a lifeline connection between two people that can save lives. The more people can talk openly and without fear about suicide to a person who is at risk, the more a life-giving network is built around that person.

More than 40,000 people take their lives in the U.S. each year, compared to 16,000 homicides and 15,000 impaired driving deaths. The number of suicide deaths in the U.S. military surged to a record 349 last year—even more than the 295 Americans who died fighting in Afghanistan in 2012.

The need for intervention, education and advocacy is urgent. Suicide is preventable, if only society put forward more effort to care and reach out to those in need. Visit Lutheran Suicide Prevention Ministry to find out how we can help each other and our congregations save lives and restore hope.

Sherry Bryant
Sherry Bryant is a member of Our Saviour's Lutheran Church in Naperville, Ill., and works with Lutheran Suicide Prevention Ministry.