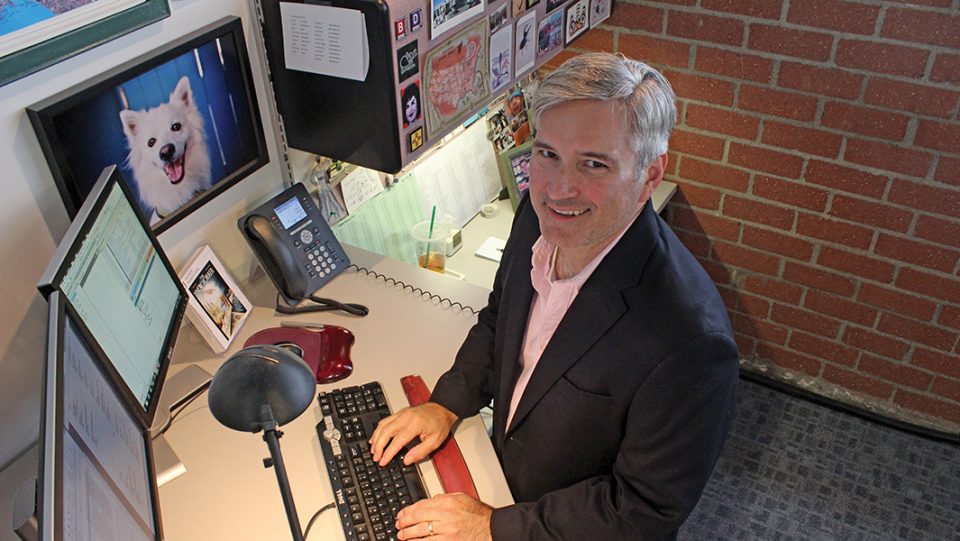 Jason DeRose has known he wanted to be a journalist since the sixth grade, so he was as surprised as anyone to find himself at the University of Chicago earning a Master of Divinity degree.

He managed to combine his passions into one vocation by reporting on religion instead of preaching it. Now the western bureau chief for National Public Radio, he has been covering and reporting on religious issues for much of his post-graduate career.

“I accidentally ended up in divinity school,” said DeRose, a member of St. Paul Lutheran Church, Santa Monica, Calif. “I didn’t know what to do after college and a professor suggested it.”

By the time he went to graduate school, DeRose already was a veteran reporter. His first job was as a youth writing about his middle school for a small newspaper. He chose St. Olaf College, Northfield, Minn., in large part because it had a public radio station on campus.

After he received his master’s, everything started to fall into place. After freelancing in Chicago and working for about a year in Seattle, DeRose was back in Chicago covering religion full time on radio—just when the clergy sex abuse story became huge (2002).

In his present position DeRose has edited stories of all kinds, including NPR religion stories.

DeRose said his faith doesn’t conflict with his job, though he admitted he may be slightly harder on ELCA stories because he may know the background and key players from a life in the church.

“The only time I’ve felt conflicted is when I knew someone affected by the story,” said DeRose, who recalled the ELCA going through the decision of whether to ordain openly gay and lesbian pastors. “We don’t ask reporters not to be human beings. Our job is to do our jobs well and to be fair to various sides to a story.”

Most of the stories he covers are about the broad spectrum of religion in public life. Recent story topics included looking at the faith life of Donald Trump and Hillary Clinton.

For DeRose, the intersection of faith and vocation is not in what your job is, but how your job can serve your neighbors.

He likes a quote from Martin Luther: “The Christian shoemaker does his duty not by putting little crosses on the shoes, but by making good shoes, because God is interested in good craftsmanship.”

“With my job, I don’t think my faith makes me do X, Y or Z,” DeRose said. “I think it’s more about serving your neighbors by doing your job well.