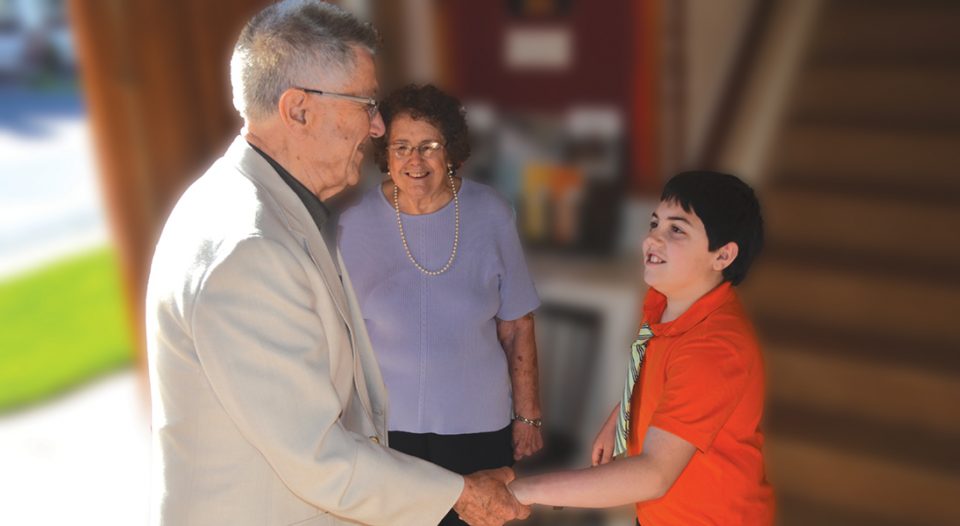 Zachary Fetter looks like your average 10-year-old: he bowls, sings in his elementary school chorus, is interested in model railroads and trolleys, and his buddies call him by a cool nickname classic for a fifth-grader—Zach Attack!

Come Sunday morning, however, Zachary gets serious about his mission to make life better for everyone. He dons one of his many signature neckties and spends the morning at Jerusalem Evangelical Lutheran Church, Rothsville, Pa., where he helps out in worship, sings in the children’s choir and is a Sunday school regular. He has also helped serve community meals, sung Christmas carols to homebound members and hosted a basketball game for children at the community festival.

Behind his friendly smile and easy-going attitude is genuine concern for others and a desire to share Jesus’ love. Zachary believes church is the best place to learn about God and help others, so he wrote a letter of invitation titled “Why You Should Attend Jerusalem.” His carefully crafted treatise was published not only in the church newsletter but also in two area newspapers.

Zachary’s letter describes Jerusalem as a friendly place that has something for everyone, from a nursery and Sunday school, to handicap accessibility for those who need it and lots of ways for people to be involved. But there’s more.

“I want people to know that we will care for them,” he said. “We will pray for them too. With God, their life can be better because going to church can really change their life. I want our church to grow. I see a lot of people with problems and stuff. Here you’re with friends. Church is kind of like your family.”

The folks at Jerusalem appreciate the boy’s love for their small but active congregation. “He’s a cool kid,” said Dave Carson, council president. “He’s willing to help wherever he can and has a real love for the church. Zachary gives us encouragement, and we’re proud of what he’s done.”

Carson says some folks have even speculated that Fetter will trade his necktie in for a clergy collar someday. Zachary’s not sure yet. “I could be a pastor,” he said. “I’ve seen a lot of pastors who are pretty good.”

Right now, he just wants people to know about God and that he’ll be waiting to greet them on Sunday morning at Jerusalem.

Sharron Blezard
Blezard is an assistant to the bishop of the Lower Susquehanna Synod who enjoys writing about stewardship, discipleship and living thankfully.

Study guide: 10-year-old wears tie and spirit of welcome
Grown-ups certainly can learn a lot when a 10-year-old boy serves as the congregation’s greeter-in-chief and biggest cheerleader.
Download Now