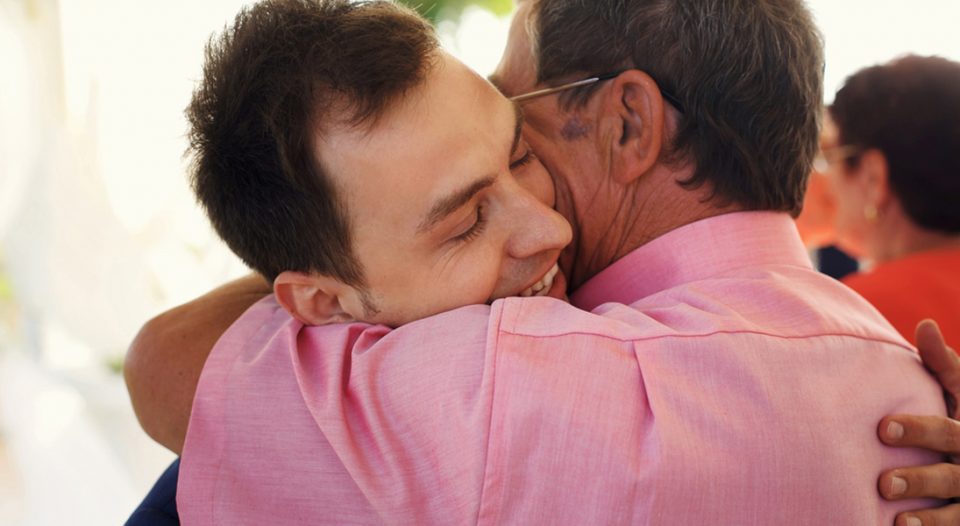 Being a father is a wide-open venture. When my wife and I had each of our two children, we were filled with joy at their arrival and committed to loving them the moment we met them. Both of our children developed well and were intelligent, witty and fun to be with—most of the time.

When our son was about 9 years old, we began to notice he had traits and mannerisms that made us wonder about him. We discussed it occasionally: “What if he is gay? Do you think he might be?”

By the time he was 19 and talked to us about it, we had already assumed he might be gay. I know other parents of gay and lesbian children who had a similar experience. They “knew” before their kids told them.

As a parent, this didn’t make me love my son less. In fact, I think it’s fair to say that knowing who he is and having him able to know and own it too made me feel deeper respect and compassion for him. While things in our society are more open and accepting than they were even a few years ago, it is still not always a walk in the park to be gay in today’s world.

But last week it happened again. I say “again” because gay and lesbian people have been beat up and even killed many times before. But this time, 49 people were killed and 53 people were wounded as a homophobic shooter went to the Pulse nightclub in Orlando and mowed people down—just because they were gay.

On the West Coast, a man was arrested for taking weapons to a gay pride parade. Fortunately he was caught before he fired into the crowds and killed people. In New York City (where our son lives) during the days following the Orlando shooting, Mayor Bill de Blasio added 500 extra officers in key spots for fear of more carnage.

This weekend is Father’s Day. It’s a day when we celebrate the role men play in our lives. Yet there is much about our world that is sad and even frightening. All too often it is grounded in the violence that men perpetrate against other men. As a dad, I can tell you that my son is a wonderful and gifted child of God. I don’t want any hate-filled guy changing that.


Daubert is an ELCA pastor who lives in Elgin, Ill., and is a managing partner of Day 8 Strategies.