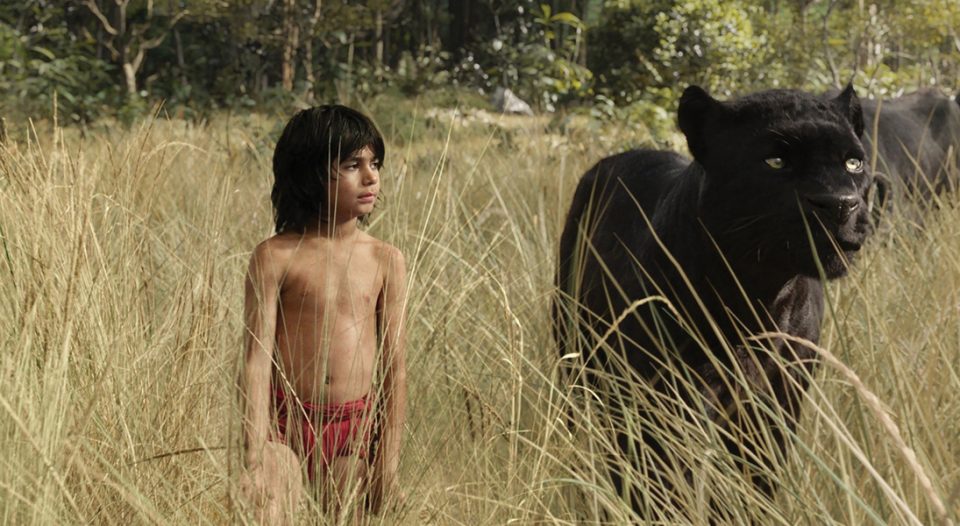 The Jungle Book. This stunning Disney film with live-action and computer-generated imagery in 3-D is an adventure story that keeps us on the edge of our seats. It’s also a tale about a boy’s quest to discover where he belongs.

As a small child, Mowgli, now 10, was found alone in the jungle and was taken by a panther to be brought up by a wolf couple. Although the boy possesses quick movement, balance and cleverness, he can’t match the physical skills of his lupine siblings. In addition, a revengeful tiger blames the boy for an injury, making the jungle no longer a safe home for him. The animals decide that Mowgli should go back to live with humans. Along the way, the jungle dwellers discover how much they all need each other.

Director Jon Favreau makes the most of a skilled visual effects team. All the talking animals, as well as the jungle surroundings, are computer-generated. Neel Sethi as Mowgli gives an appealing performance, all the more impressive given he is interacting with digital beings (Walt Disney, PG—some sequences of scary action and peril).

October 31, 1517: Martin Luther and the Day that Changed the World
By Martin E. Marty

On that date, Martin Luther, angry and disappointed with the Roman Catholic Church, nailed on the door of Castle Church in Wittenberg, Germany, 95 theses calling for a Reformation.

This momentous moment in Christian history is captured and assessed by Martin E. Marty, the Fairfax M. Cone Distinguished Service Professor Emeritus at the University of Chicago, where he taught for 35 years. His central point is that Luther’s bold act of protest was a call for repentance or a change of heart within the Catholic Church, which at the time was overrun with corruption due to the selling of indulgences. Instead, Luther emphasized justification by faith and an acceptance of the grace of God.

Other interesting topics covered in the book are the present day existence of some 40,000 Christian denominations (part of Luther’s legacy), the continuing dialogue between Lutherans and Roman Catholics, and their sincere efforts to come together in common prayer and joint action (Paraclete Press).

Change usually comes slowly, step by step. That’s good for both children and adults to remember. In this picture book written and illustrated by Australians, young Toby feels safer when he wears a parachute—climbing out of bed in the morning, getting down from a tall chair, while playing, and when he feels he is in danger. One day he uses his parachute to help his cat get down from a tree. Then he climbs down a ladder from his treehouse without it “little by little.” As time passes he needs his parachute less and less.

Designed for children ages 4 to 8, this comforting book encourages self-confidence. It also makes the good point that by helping another, we learn what we are capable of doing on our own (Eerdsmans Books for Young Readers).