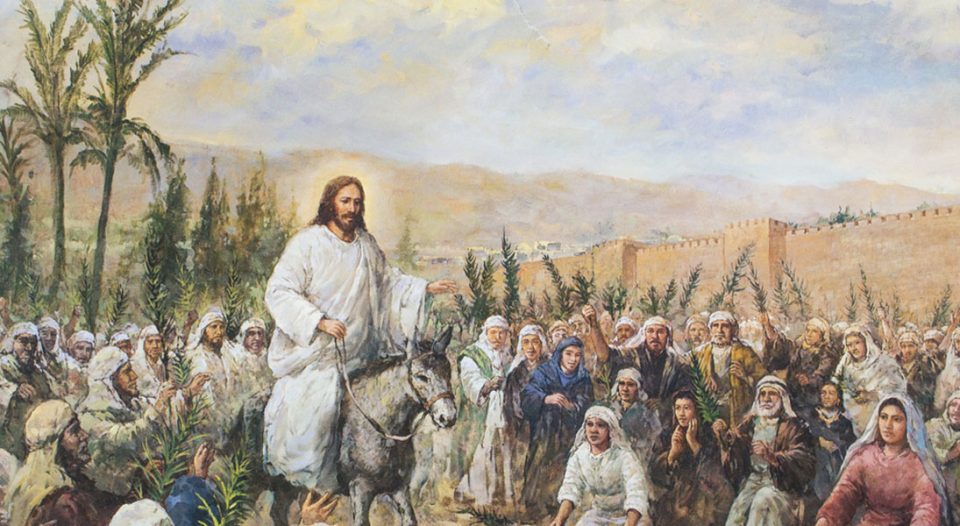 In about a month, people from all over the world will be heading for Brazil for the Summer Olympics. Members of my family have been back and forth across the country this summer – west to east, east to west, to do work, to see family, to take a vacation. It’s the same for many people these days, especially in the summer. We tend to come and go a lot and almost at will.

This was not so until relatively recent times. New Testament professor Tom Wright says that “in most of the world for most of human history, most people didn’t travel at all. … they stayed in their local neighborhood all their lives” (“Luke for Everyone,” p. 117).

The main exception to this staying at home was going “on pilgrimage,” taking a religious trip to a special site – a temple or a shrine. Indeed, in English the word for special days of observance is “holiday,” which was originally “holy day.” In the British Isles, what we in the United States call “taking a vacation,” is referred to as “going on holiday.” For the Jewish people of Jesus’ time, going on pilgrimage usually meant going to Jerusalem, to the temple, like Jesus’ family did when he was a 12-year-old boy (Luke 2:41-51).

In our Gospel lesson for today, Jesus sets out on a pilgrimage – he goes on holiday in the true sense of the term. He sets out on a mission from God and for God; he goes to a holy place to do a holy thing. In verses 51 and 53 of chapter 9, Luke says that Jesus “set his face for Jerusalem.” This phrase means something like, “He was determined to go and would not let anything stop him.”

Today’s Gospel lesson was written to teach the first Christians what it meant to be on a trip with Jesus, about how to prepare, about what to take and what to leave behind. It’s a lesson in spiritual packing.

In the first half of our story, Jesus lets a Samaritan village know he is coming, and the people send back word asking him not to come. We don’t really know why. The Bible says it was, “because his face was set toward Jerusalem.” Does that mean they were opposed to the ministry and message of Jesus? Or does it mean that since they were Samaritans they were already hated by the leaders in Jerusalem and didn’t want any more trouble? We don’t know, but two of Jesus’ disciples, James and John, got angry and wanted God to destroy this little village the way God destroyed Sodom in the time of Abraham and Lot. Shaking his head a bit, Jesus said, “No, leave them alone.”

What can we learn from this? Anywhere we go, God has been there before us. Anywhere we go, God is there with us. Anywhere we go, God will still be there when we leave. Just as messengers went in front of Jesus on his journey, anywhere we go with the gospel, God has already been working. Sometimes the people are ready, sometimes they are not. Sometimes they receive us with open arms; sometimes they turn their backs. But that is not our concern. We neither condemn nor punish those who aren’t ready, nor do we take credit when we and the gospel are received. When we prepare for a journey with Jesus, we are called to lay aside our concerns for how we will be received, replacing them with a deep awareness that God is with us, all the way, all the time, and what happens is in holy hands and is not within our control.

In the second half of the story, various people emerge from the crowd as Jesus walks along past the village. A man says, “I’ll follow you anywhere.” Jesus responds by warning him it’s a life without a permanent home. Then Jesus invites a different man to follow him, but the man says he has to bury his father first. What he means is, “Let me fulfill all my family obligations, then I’ll follow you.” Jesus tells him, “Let the dead bury the dead.” That is, “If you’re going to follow the kingdom of God, you have to let go of that duty in order to take up a new duty, the duty to proclaim the good news.” Then a person says, “Let me first go home and say goodbye.” Jesus responds with a saying about not looking back while plowing.

The story from 1 Kings is a perfect example of what Jesus is trying to get people to see. Elijah taps Elisha with his mantle, like a very grown-up and very serious game of “Duck, Duck, Goose.” Elisha immediately leaves his plow and goes to Elijah, pleading that he must say goodbye to his parents. Elijah grouchily says, “Go back then,” but Elisha does more than just kiss the folks – he puts an end to his old life. He chops up the yokes, the farm equipment, to build a fire. Then he kills and cooks the oxen and feeds the neighbors. Not only does he throw himself a going-away party, he makes sure he can’t come back by destroying his means of making a living.

And he invites us to go with him. He invites us, calls us to follow him to Jerusalem, to the cross. He invites us to unpack all the small but heavy and burdensome things that keep us from loving God and each other completely and fully and passionately. When we have empty hands, we are able to reach out to others. When we remove the hate from our hearts, we have room for love. Jesus invites us to empty our hands and our hearts of all that we hold dear so that we can take up our cross and follow him.