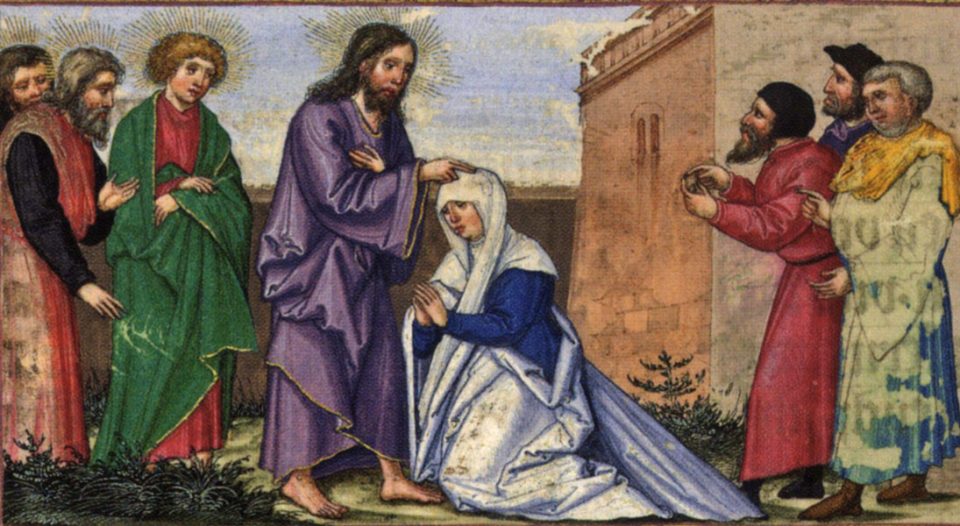 As a graduate of a non-Lutheran seminary, I spent a year at the Lutheran Theological Southern Seminary in Columbia, S.C. My daddy told his Baptist sister I was being “Lutheranized.” One Sunday I had been out in the country to “supply preach” in Prosperity, or Pomaria or Pelion; I don’t remember which – it was one of the P towns. Anyway, my old college roommate was coming through Columbia on business and dropping by our apartment for a late lunch. My wife walked to church near the campus and then to buy pizza. My job was to buy beer on my way home.

So there I stood on a Sunday afternoon, in a suburban grocery store in Columbia S.C.—gray suit, black shirt, clerical collar, wooden pectoral cross hanging around my neck, a six-pack in hand, while a surprised and befuddled teen-age clerk stared at me. The following conversation ensued:

I was also befuddled. I was completely caught off guard. “Oh, sorry, here’s my ID.”

I hate to admit how genuinely thick I was at that moment. “Why ever not?”

I was still being incredibly thick. Preaching exhaustion? “What are blue laws?”

She looked directly at my cross and collar and bit her lip and said. “Well, uh, well, the religious people, uh, think certain things, uh, shouldn’t be sold on Sunday, uh, well, it’s the law.”

Then my brain kicked in. Sabbath observance laws, now I get it. Pizza with sweet iced tea wasn’t as bad as I remembered.

In our Gospel lesson Jesus is at worship on the Sabbath Day. A woman with a chronic, crippling illness is there to worship. Jesus reaches out to her and heals her. Notice—she does not approach Jesus; she does not ask to be healed; she does not make any demonstration of faith in Jesus’ healing ability. This is all Jesus; this is all grace. At once, the leader of the synagogue attacks. Though he is “indignant because Jesus had cured on the Sabbath,” he doesn’t attack Jesus; he goes after the crowd for having the wrong standard of Sabbath behavior, for coloring outside the lines, for not following the exact letter of the law.

Jesus responds by pointing out that even the strictest interpretation of the law allows people to untie their cows, horses and donkeys and lead them to water on the Sabbath in order to prevent unnecessary cruelty. Jesus uses a bit of word play in his rhetorical question. The same Greek word can be translated either “untie” or “set free,” depending on the context. So Jesus says, “You untie (or set free) your animals so that they can get water—shouldn’t this woman also be set free (or untied) from her bondage?” Jesus’ argument from the lesser (the tied up animals) to the greater (the woman tied up in knots with her illness) is unanswerable.

We will lose the point of this story for us if we think it’s about Sabbath observance; either the buying of beer or healing of diseases. That battle has already been won or lost, depending on your point of view. Very few of us would really hesitate to do anything on Sunday that we would do any other day of the week. About the only thing that Jesus could have done in this situation that would have shocked us would have been to not heal the woman because it was the Sabbath. For us, we must instead consider ways in which our understanding of religious rules and regulations blocks us from showing genuine, heartfelt compassion to those in need.

I doubt any of us can think of anything. No one sets out to be a cruel and unjust person. Nobody thinks that their way of following God stops them from being kind, caring and compassionate. The leader of the synagogue was evidently considered by his friends and neighbors to be good man, a true man, a generous and helpful sort of fellow—this was why they made him the leader. He’s not a rabbi or religious scholar. He’s just a regular guy, a fisherman or a cobbler or a farmer or a tentmaker. Just a normal person who has accepted a volunteer leadership role. He’s just trying to remind people of the rules as they have always been practiced.

He says, “There are six days on which work ought to be done; come on those days and be cured but not on the Sabbath Day.” If he were given an opportunity to explain himself, he would probably say something like this: “I think Jesus was a little hard on me. I’m just an unpaid leader of a tiny congregation. I spend countless hours aiding the poor, the widows and the sick in our community. All I was trying to do was keep order, make sure everybody followed the rules. After all, that’s my job.”

Just like this “leader of the synagogue,” we may think we are a friendly, caring and compassionate religious community, while outside eyes may be able to see us more clearly as we are, may be able to see to whom we are not being good, kind and generous—the stranger who does not feel welcomed and loved within our doors. This is why we need Jesus to look at us and speak to us about ourselves.

Lectionary blog: It’s the relationships, not the rules