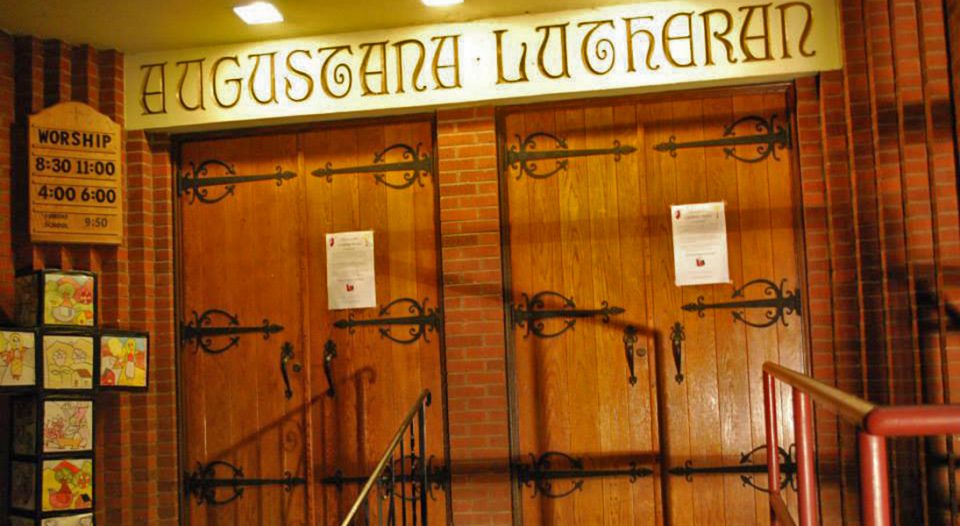 Fueled by a Portland church’s sheltering and ongoing support of an El Salvador-born community leader throughout his battle with immigration authorities, the sanctuary movement is gaining momentum in Oregon, the Northwest and potentially beyond.

“Part of being a Lutheran is what we’ve done to resettle immigrants,” said Mark Knutson, pastor of Augustana Lutheran in Portland, the only sanctuary church in Oregon. “Not everybody can house people, so part of this is symbolic, but if the ELCA were to pass this, imagine what an important story it would be across the country amid all of the anti-immigrant fervor.”

Juan Francisco Aguirre-Velasquez, who goes by the shortened name of Francisco Aguirre, took refuge at Augustana in September 2014. Agents from U.S. Immigration and Customs Enforcement, alerted to his undocumented presence by an arrest for driving under the influence, had arrived at his home in the Portland suburb of Fairview. Without a warrant, they left, and Aguirre drove to Augustana, which has a two-decade history as a sanctuary church.

Immigration and other law-enforcement officers typically won’t make arrests inside churches or other sensitive locations.

Aguirre, an advocate for day laborers who had been living in Portland for 15 years, was facing a felony charge of illegal re-entry to the U.S. After a childhood of torture at the hands of the military in war-torn El Salvador, Aguirre, now 37, had originally entered the U.S. illegally in the 1995 and had been deported in 2000 following a no-contest plea to charges of heroin and cocaine trafficking. He returned to Portland two years later, established himself as a leader in the immigrant community, married a U.S. citizen and had two children (a 19-year-old son from a previous relationship was recently murdered in El Salvador).

Two months after moving in at Augustana, Aguirre was arrested for the immigration offense at the courthouse in a neighboring county when he appeared there on the drunk-driving charge, for which he pleaded guilty (a diversion program will allow that charge to be dismissed). He was briefly jailed and later released and allowed to return to Augustana, where he spent 81 days.

Aguirre’s legion of supporters, including Portland’s mayor, continued applying pressure on his behalf. Their work paid off May 27 when the office of the U.S. attorney for Oregon moved “in the interest of justice” to dismiss the illegal re-entry charge. However, without a visa he’s not home free. Aguirre is trying to obtain a U-visa, issued to victims of violent crime who work with authorities to assist in the investigation or prosecution of criminal activity. His bid for a U-visa is based on being attacked with a knife while on the job at the nonprofit he founded to help Latino immigrants find jobs.

“It might be next month, it might be a few months, it might be a year, it might be several years,” Aguirre said via phone from Los Angeles, where he was attending a conference for day-labor organizers. “I’m just going to continue to be active and standing up for the immigrant community.”

He also aspires to one day be a Lutheran pastor and maintains a strong association with Augustana, a 110-year-old congregation founded by Swedish immigrants that has been led the last 20 years by Knutson, who traces his  passion for the sanctuary movement to his childhood. “I grew up with the understanding that that’s who we were,” said Knutson, whose father worked with the Lutheran World Federation on resettling World War II refugees. “I grew up with that, meeting people who are new to here, welcoming the stranger, helping people make it.”

Sanctuary, Knutson said, is an ancient principle of safety and hope, and it’s the fifth charge of every ELCA pastor to “speak publicly to the world in solidarity with the poor and oppressed, calling for justice and proclaiming God’s love for the world. Now we’re calling for the ELCA to declare itself the first sanctuary denomination in the nation to encourage and help all 10,500 of those congregations to consider being sanctuary churches. Action like this, it’s all Spirit led. This is God’s work, not ours.”