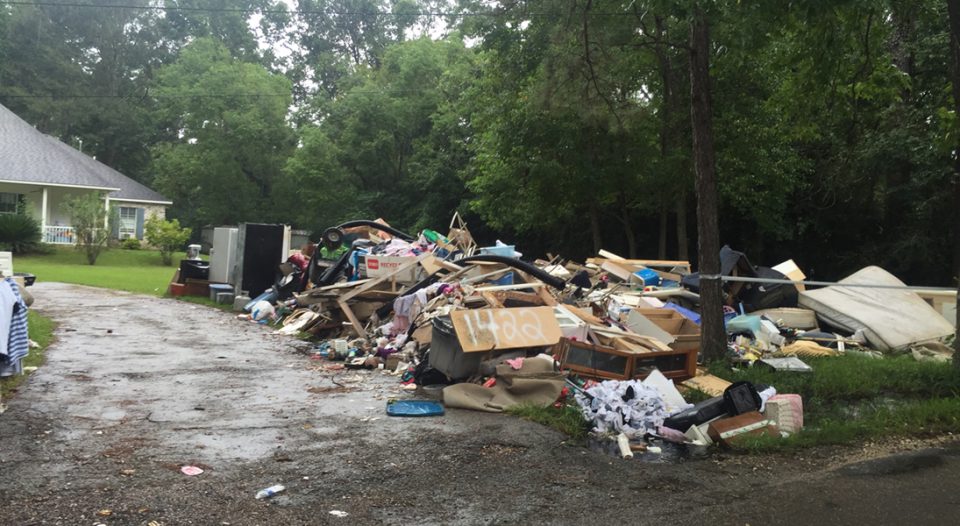 On Aug. 12, Louisiana storms killed 13 people and brought the heaviest rainfall in the United States since Hurricane Sandy struck in 2012, killing 117. As a result of the extreme flooding, more than 60,000 homes were damaged and approximately 30,000 people were rescued, according to news reports. Several thousand residents were in shelters and some 2,600 are still being sheltered.

ELCA members offered prayers as well as financial and volunteer support to those affected by flooding. Through Lutheran Disaster Response, Lutherans nationwide sent more than $200,000 to aid long-term recovery work. As part of the immediate response, the Texas-Louisiana Gulf Coast Synod’s disaster team worked to pool resources so local congregations could help their parishioners and community members rebuild.

“In his ministry, Jesus sought out those in greatest need. In a disaster, people in need appear in abundance, all around us,” said Michael Rinehart, bishop of the Texas-Louisiana Gulf Coast Synod. “The church not only meets physical needs but also, through a ministry of presence, tends to spiritual and emotional needs.”

Members of First Lutheran Church, Lafayette, La., responded by passing out $50 Walmart gift cards to neighbors in need. “It doesn’t sound like much but when you’ve lost so much a simple gesture of generosity goes a long way,” said the congregation’s pastor, Rob Miller. “It was priceless what I received when I handed people those cards. The flood of 2016 gave us a chance to put our faith in action.”

In Baton Rouge, La., the Red Cross designated St. Paul Lutheran Church as a feeding center for volunteers. What started as a commitment to feed 50 volunteers dinner on Aug. 18 turned into a larger ministry that brought together members and neighbors to feed volunteers and others in need. Mike Button, pastor of St. Paul, said the number of meals they shared eventually rose to 300 a night, more than 3,500 meals total.

Red Cross volunteers and others expressed deep appreciation for the meals and hospitality, Button said. “We’ve had people we served come back to help as volunteers, while others have made monetary donations,” he said. “We feel like we’ve been living the ‘feeding of the five thousand.’ ” As schools reopen, the congregation will wind down the meal service.

Members from both congregations were among those who volunteered on Aug. 27 to muck out homes that were damaged by the flood. More than 100 volunteers were launched from three sites—First, St. Paul and Lutheran Church of Our Saviour in Baton Rouge. Rinehart said they worked in response to the governor’s call that mucking out homes was a top need.

“If the church’s mission is self-preservation of the club and its clubhouse, people aren’t all that interested, but if our mission is the healing of the world, the very tangible needs, people flow to you,” said Rinehart, reflecting on their collective work.

Lutheran Disaster Response continues to work with partners in the region, including Upbring, formally known as Lutheran Social Services of the South, to help provide care and comfort to those impacted by the flooding, with a focus on long-term recovery.

Nate Gafkjen, a summer intern for ELCA Mission Advancement, contributed to this story.