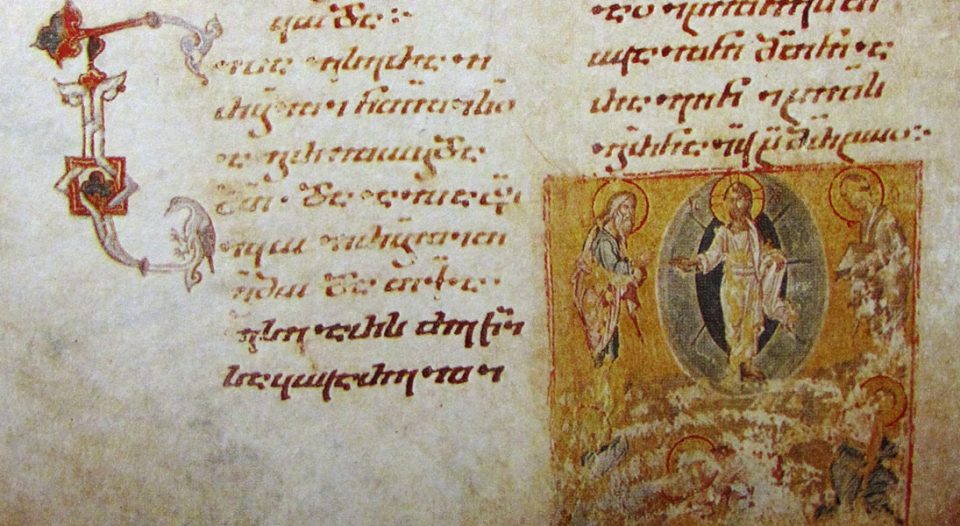 A young news reporter was crowned the “Queen of Selfies.” She had 16 million Instagram followers who loved nothing more than to see the scenes she captured. Her beautiful face was immortalized at various locations around the world. She would climb the highest mountains just so the backdrop would show her fans what was happening in the world. She took pictures in war zones, at civil rights rallies and political conventions, and of natural disasters, historical events and world phenomena.

But as she flashed her perfect smile, she never stopped to notice the world coming together or crumbling around her. She was in these extraordinary places witnessing so many future-altering events—but was never present. If she could have put her cellphone down, maybe she would have lived the moments, not just recorded them.

There was a potential selfie moment recorded in the Gospel of Mark (9:2-13). Jesus took Peter, James and John up to this mountain and, while they were sleeping, our Lord and Savior was transfigured.

Peter was awestruck in witnessing this extraordinary event unfolding before his eyes. This was a moment in history so sacred that Peter, as “vice president in charge of doing something,” had to do something. So he proposed building a booth or kiosk or shrine—whatever—to preserve the moment. We’re not told how he was going to do this, whether he had hammer and saw at the ready or a few fisherman’s tools in his belt. Your options are limited when all you’ve got is a sewing needle. But then Peter was never one to let details get in the way of a dream.

What if Peter had lived in the 21st century? Undoubtedly he would have reached into his pocket for his cellphone. But before Peter could have established enough cellular bars, a cloud would have dimmed the moment, stopping him before he could throw anything together. Out of the cloud a voice would say: “This is my Son, the Beloved; listen to him!”

There wouldn’t have been time for the disciples to hold up their cellphones and snap a selfie with the three transfigured behind them. It was literally a mountaintop experience, a once-in-a-lifetime opportunity for three ordinary Joes who, as disciples, were still searching for a clue.

God didn’t say: “Get a shot of the three of them over by that cedar tree.” God didn’t say, “Be sure to capture the moment!”

Can you imagine the ability to take a selfie with Jesus? How cool would it have been to snap a shot with Moses and Elijah at the transfiguration?

We have no access to what actually happened beyond what the Gospel narratives tell us. We aren’t told explicitly just when and how Jesus’ appearance returned to normal, but it seems that already the “vision” is over: Elijah, Moses and the cloud are gone and the voice doesn’t speak again. The continuing effect is in the disciples’ minds, not in physical appearances.

Like the “Queen of Selfies,” Peter’s desire to set up tents for Jesus, Moses and Elijah is well-intentioned but naïve. It would connect nicely for a discussion of the “theology of glory” or our desire to experience God only in the mountaintop moments of life rather than in the broken, mundane realities of life where God meets us, walks with us and puts God’s power on display. We have missed the lesson if we go through life too busy trying to capture the perfect selfie. We look but don’t see; we hear but we don’t listen. God’s advice is to listen.

It’s not a bad idea to ask ourselves: “What are we really losing and what are we really keeping in the big picture?” What will it profit us to preserve our life’s history, stored of course in our iCloud, if we forget the fundamental reason for remembering?

So put away the cellphone and listen for the voice of God.