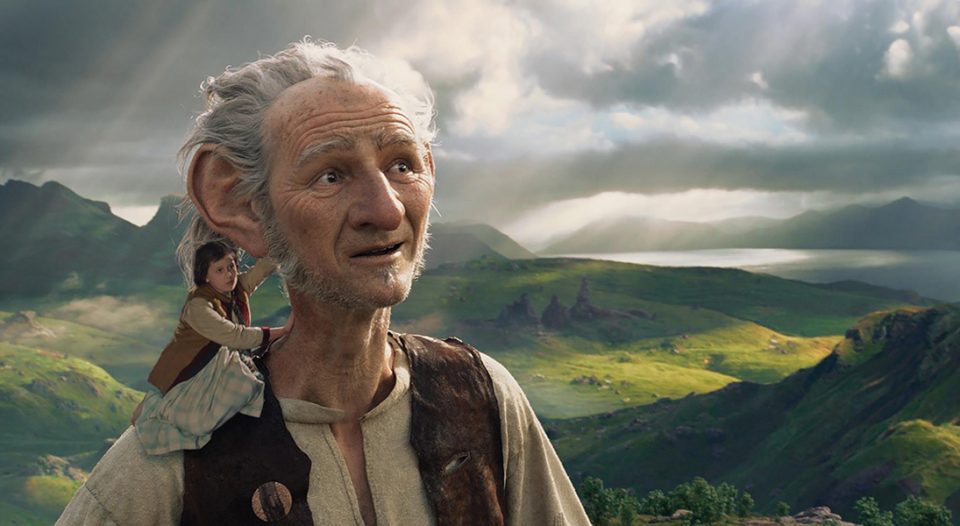 Children’s book author Roald Dahl and director Steven Spielberg both have a tender spot for smart, lonely children whose wonder and creativity is revitalized by friendships with alien creatures. That certainly is the case with The BFG, a 1982 novel by Dahl that has been adapted for the screen by the late Melissa Mathison, who wrote E.T. The Extra-Terrestrial. This movie contains characters and developments that are dark and menacing but overall comes across as a celebration of the spiritual practice of wonder.

Sophie is a plucky 10-year-old who lives in an orphanage. One night Big Friendly Giant carries her away to his home. He shows her how he captures dreams for people and can hear the “secret whisperings of the world.” She is saddened when she sees how nine larger, fiercer giants bully BFG, so she comes up with a plan to help.

For parents who rely upon the moral messages delivered by movies of this type, Spielberg, Dahl and company deliver a lesson of not judging a book by its cover. The gentle giant, who comes across as a yucky character at first, turns out to be a kind, sensitive hero who is just the sort of friend Sophie needs. (Walt Disney Pictures, PG—action/peril, some scary moments, brief rude humor).