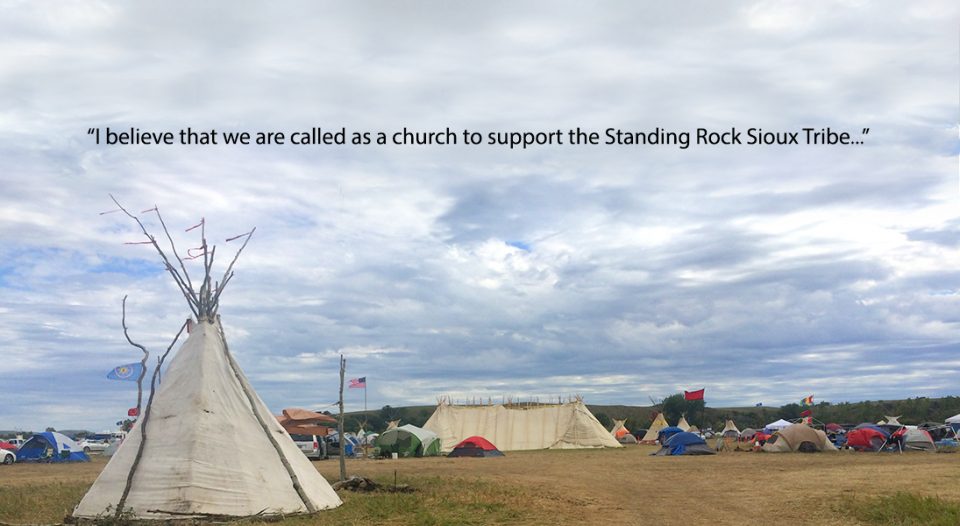 When we come together for worship, we often begin with confession and forgiveness using these words: “We confess that we are captive to sin and cannot free ourselves.” Lutherans acknowledge that this is a broken world and, as part of it, even our best wisdom and efforts fall short. Very often we face issues of extraordinary complexity in which all sides make reasoned arguments for their reality. The current situation at Standing Rock in North Dakota is just such a case.

The route of the Dakota Access Pipeline (DAPL) runs through contested land, which the Standing Rock Sioux Tribe sees as their homeland and sacred places, including burial grounds. Proponents of the DAPL sees it as a combination of public and private property. The pipeline will run under Lake Oahe, the primary water source for the Standing Rock Sioux Tribe. What we see is the tension between two peoples trying to share one land. We can also see the tension between our dependence on fossil fuels and the commitment this church has made to care for creation.

This past August, the 2016 ELCA Churchwide Assembly passed a resolution repudiating the doctrine of discovery. In it we pledged “to practice accompaniment with Native peoples.” The doctrine declared that indigenous land was “unoccupied” as long as Christians were not present. Land deemed “unoccupied” was, therefore, “discovered,” as if it had been previously unknown to humankind. This doctrine was used as justification for European monarchies, and later the U.S. government, to take land from Native people. Many of us in this church who are immigrants have benefited from the injustices done to the original inhabitants of this land where we now live and worship. Our church also includes American Indian and Alaskan Native people, who have been on the receiving end of the injustices done. When we repudiated the doctrine of discovery, we Lutherans pledged to do better together in the future than we have in the past.

Acknowledging the complexity of this issue and the limitations sin places on human decisions, I believe that we are called as a church to support the Standing Rock Sioux Tribe: to stand with the Tribe as they seek justice, to encourage our congregations to pray for them and to offer material support, and to examine the racism inherent in our system that contributes to the current crisis. As promised in our resolution repudiating the doctrine of discovery, we will listen to tribal leaders and respect their wisdom.

We will lend our presence when invited, our advocacy when requested, the resources of our people when asked, and our prayers, friendship and repentance at all times.