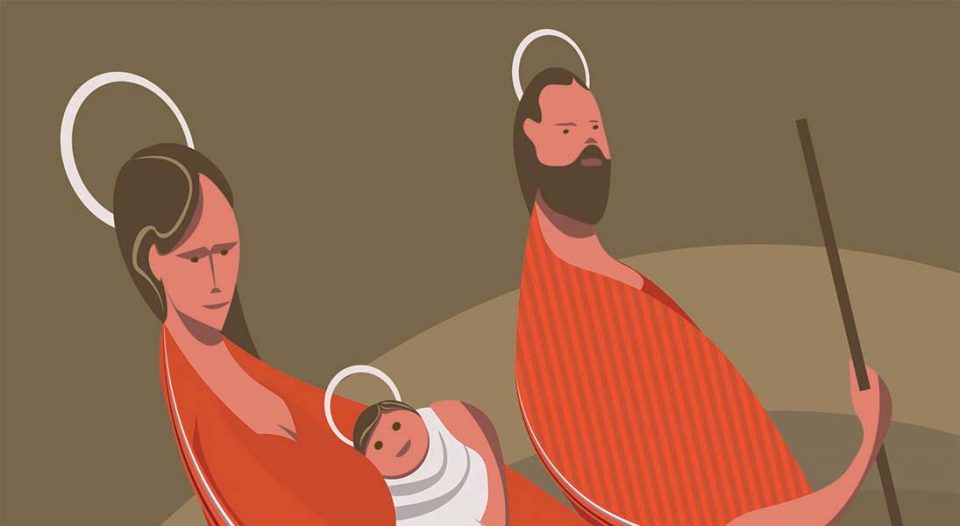 Such “talk” around Martin Luther’s table that day is not heard as much around our tables. Perhaps this is because it’s about the body, which comes uncomfortably close to topics we are taught to avoid in polite conversation: religion, sex, politics and even money.

As we prepare once again to celebrate the joyous festival of the incarnation, our rich heritage can draw us deeply into a sometimes avoided meaning of Christmas. Luther’s theology has often been characterized as a bold proclamation of God “deep in the flesh.” This clear and consistent emphasis on the bodily dimension of our faith continues to be one of the hallmarks of our Lutheran tradition.

In her book Enfleshing Freedom (Fortress, 2009), author and theologian M. Shawn Copeland reminds us: “In theology the body is a contested site—ambiguous and sacred, wounded and creative, malleable and resistant—disclosing and mediating ‘more.’ ” This seems to be true not only in theology but in anthropology, in our lives. That we struggle with, for example, female bodies, black bodies, older bodies, disabled bodies, transgender bodies, deteriorating bodies, covered bodies, naked bodies, dead bodies suggests these are all “contested sites.”

The challenges we have in addressing the complexity of our bodies (as individuals and as communities, even as the body of Christ), make it difficult for us to address the complexity and mystery of God’s body, conceived by the Spirit, born of the virgin Mary, “made man.”

Made man? Yes. What divine being is also willing to be human (Philippians 2)? Our God, our incarnate God.

There is no denying that

Christianity is the religion of the incarnation. Christians’ core belief is that God entered the human world of bodies and senses in the person of Jesus of Nazareth, whose historical life is normative in its claim about the nature of God and possibilities for human existence (Margaret Miles, ; Wiley-Blackwell, 2004).

It matters for our theology, yes, but also for our faith and for our lives that we have an incarnate God, an enfleshed God, who became human—not just a human, in general, but a human with particularities that make a difference. The Word was made flesh in what some have called “dubious circumstances” and what another, a hymn writer, has called a “mean estate” (you’ll likely be singing the latter this Christmas season). It’s important and helpful to name a few of the particularities:

We name the fleshy particulars to help us avoid the temptation to prioritize the “soul” as our true selves. God is the prototype for our life together, which makes the body central.

Ultimately, the Word becoming flesh is not just table talk—it’s a way of being. God’s willingness to “empty himself by being born in human likeness” by “being found in human form” (Philippians 2) changes how we encounter and interact with other bodies. We are changed by one whose ministry focused on the care of actual bodies, as Jesus proclaimed release to captives, gave sight to the blind and let the oppressed go free (Luke 4).