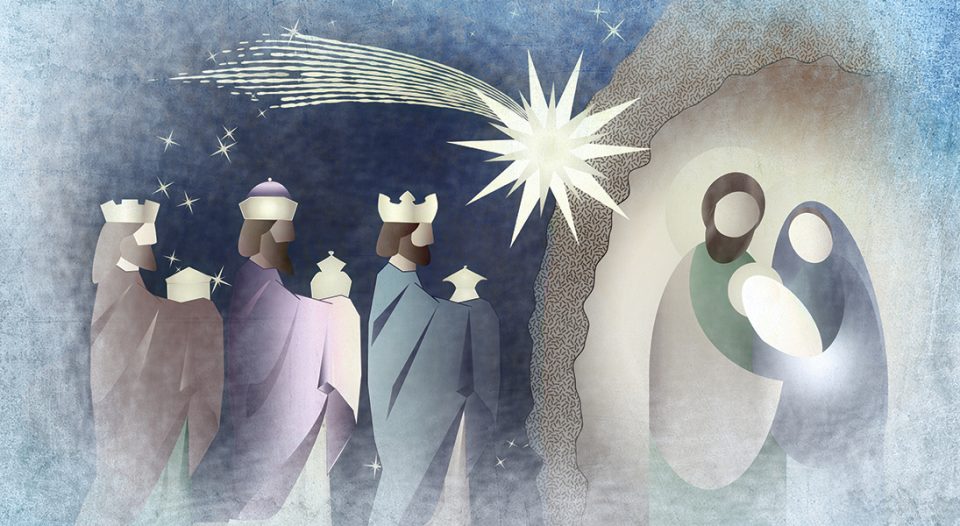 We in the church often depict Epiphany as the season of light—a thunderous congratulations to the divine revelation of the Son (or Sun) of Righteousness. The entire journey of Christmastide, from the nativity to Epiphany, beckons us to marvel at the glorious, life-sustaining light of the Son of God that has come to earth.

But the real revelation of Epiphany is that Jesus, the Christ child, coming from the eastern horizon, is being chased and pursued by a paranoid potentate. Bethlehem’s baby has been marked for death in the name of national security. Our “light-hearted” Epiphany could be seen as a season of resistance to imperial violence.

Jesus, the light of the world, starts life as a political refugee. Our Savior is spirited out of the country on back roads traveling RWM (that’s riding while a Messiah). The infant Jesus is given a head start by the magi, pagan people of color, who defy an imperial edict and disobey King Herod’s command that they report back to him after completing their visit to the infant Jesus, thereby involving themselves in civil disobedience and political subversiveness.

In the light and darkness of Epiphany, we are called to be spiritual and political activists, to perpetuate the true revelation that Jesus is the light of the world—the light that not only illuminates but also reveals and uncovers those things done in the dark.

#ChristChildMatters—it’s time to declare this hashtag, to stand boldly as Christians, to question and challenge the darkness of our current reality:

That four out of every 10 children will go to bed hungry tonight.

That countless children are abused, snatched, marketed and sold.

That others are hastily medicated, receive inadequate health care, are latchkey kids and are left alone in the glow of technology.

As disciples in this new millennium, we have been given the light of Jesus Christ to unveil and heal, to transform glare into glory, to declare that each child matters.

This Epiphany, shine your light in dark places. Celebrate the good news of God’s saving grace. Strive for justice, for the #ChristChildMatters.

The humanity of the nativity