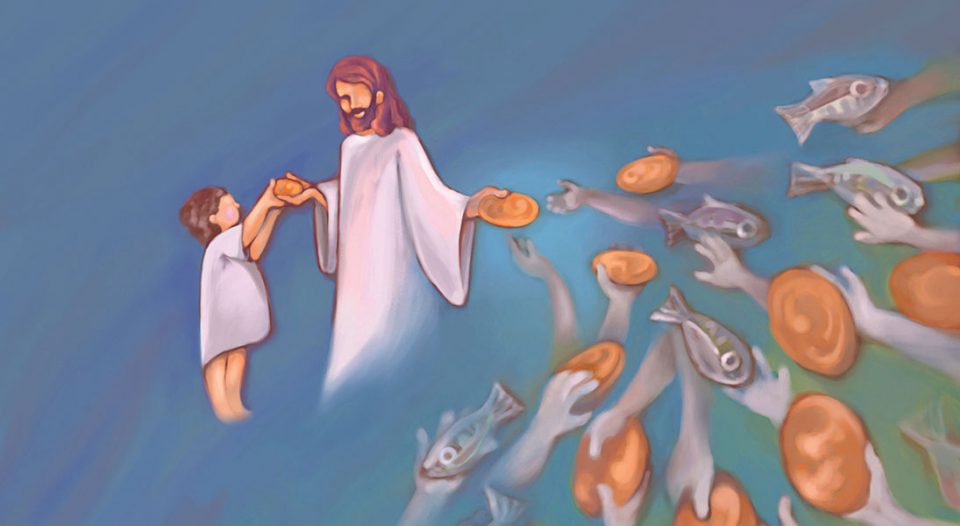 Since the dawn of time, humans have asked these age-old questions: Who are we? Why are we here? In what can we hope? The Scriptures, as well as Christian theology, emerged from wrestling with such questions, which constitute the broad topic of eschatology or “last things.” The word comes from the Greek word, eskatos, which literally means “last.”

Christian eschatology, therefore, refers to the final outcome of all things—the cosmos, all creatures, the living and the dead, and history itself. Christians view the eschaton not as an end of all things—rather, it marks the dawn of a new reality. This transition to a new age will be driven by a loving and purposeful God who will bring to fulfillment what was intended “in the beginning.”

Christian eschatology was birthed when God raised the crucified Jesus from the dead. Jesus’ resurrection wasn’t only an event that happened in the course of our history. More importantly, it is the event that points beyond human history to the purposeful end—the eschaton. Christ has triumphed, and in his death and resurrection has defeated everything that would crush us, fragment us or demean us.

The death and resurrection of Jesus outside of Jerusalem 2,000 years ago calls on us to reimagine the future and to reconsider how we participate in the here and now. As we act out our parts in the unfolding plot of history, we already know how the play will end. Accordingly, we are free to dream what we otherwise might not dare to envision, and to work for a reign of peace and justice that the world seems incapable of imagining. The all-important task of Christian formation is eschatologically informed.

Our hope in the promised eschaton takes seriously —but not always literally—the amazing images offered by the biblical poets. In the text biblical scholars refer to as “Isaiah’s Eschatological Banquet,” we have a glimpse of the promised future:

On this mountain the Lord of hosts will make for all peoples a feast of rich food, a feast of well-aged wines, of rich food filled with marrow, of well-aged wines strained clear. And [God] will destroy on this mountain the shroud that is cast over all peoples, the sheet that is spread over all nations; [God] will swallow up death forever. Then the Lord God will wipe away the tears from all faces, and the disgrace of his people [God] will take away from all the earth, for the Lord has spoken (Isaiah 25:6-10a).

This text emerged in a time of great trouble, upheaval and transition in the life of biblical Israel. In a world that was marked by winners and losers, not too dissimilar from today, the image presented is a banquet for all peoples. All means all. No one is excluded from the party. Hunger, death, shame, sorrow and mourning are all defeated and swallowed up by God.

Isaiah’s vision informs writers of the New Testament, who present Jesus as the fulfillment of what was written in “Moses and the prophets.” This radical inclusiveness is signaled in that Jesus’ only miracle reported in all four Gospels is the feeding of the multitude, an event that excluded no one. The most prevalent image used by the Gospel writers in describing the reign of God (heaven) is a party! Our ultimate future promises a heavenly party marked by joy, reconciliation and abundance.

In Jesus and in the life of his church, we experience the first fruits of the promised feast to come. The eucharist is an eschatological event wherein we call upon God’s promised future to break in upon us as a foretaste of the final banquet. The writer of Revelation recasts Isaiah’s vision:

Then I saw a new heaven and a new earth; for the first heaven and the first earth had passed away, and the sea was no more. And I saw the holy city, the new Jerusalem, coming down out of heaven from God, prepared as a bride adorned for her husband. And I heard a loud voice from the throne saying, “See, the home of God is among mortals. God will dwell with them; they will be God’s peoples, and God himself will be with them; he will wipe every tear from their eyes. Death will be no more; mourning and crying and pain will be no more, for the first things have passed away” (Revelation 21:1-4).

Despite the claims of the popular “left behind” genre of theology, God does not pluck a select group of people from the earth, abscond with them to another place and abandon the world. Rather, God comes and dwells with us, swallowing up death forever and bringing joy without end. In the meantime—a period in which we experience God’s promised future “already but not yet fully”—we are to live as if God’s reign were finally established.

In other words, if God’s promised future includes the dismantling of hunger, suffering, division, prejudice and shame, and the dawn of joy and life without end, then we, who are marked with the cross of Christ, boldly need to get on with it!