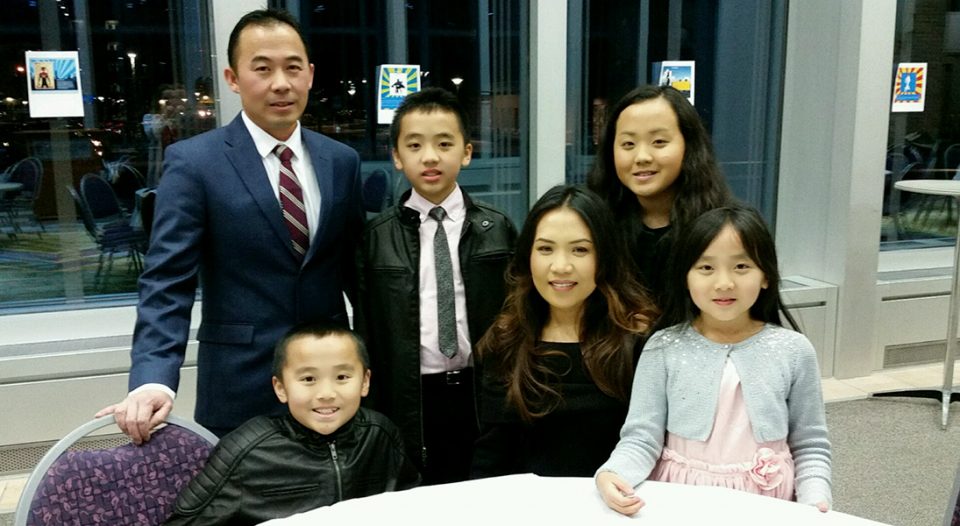 After spending nearly three years in prison for a crime he did not commit, many might expect Koua Fong Lee to be bitter about the way life has treated him.

Instead, his words and actions convey a very different message—one of faith and gratitude.

Having emigrated with his family to St. Paul, Minn., in 2004, Lee had been in the country only a couple  years when catastrophe struck. The 1996 Toyota Camry that Lee and his family were in—which was later proven to have a mechanical defect—accelerated and crashed into two other cars, killing three people. Despite Lee’s assertion that he had continually tried to brake, he was convicted of vehicular homicide and sent to prison.

Throughout the trial and his imprisonment, Lee didn’t lose faith. In fact, he gained it.

Lee recalled the morning well. Feeling stressed, he had sought out the prison’s library, pulling a book at random from the shelves and beginning to read, immediately feeling a connection to the words he found printed there.

“I felt like the words touched me,” Lee said, “I asked all the people, ‘What is this book?’ And they said, ‘This is the Bible.’”

To this day, Lee remembers the words that resonated so much with him.

Humble yourselves therefore under the mighty hand of God, so that he may exalt you in due time. Cast all your anxiety on him, because he cares for you. … And after you have suffered for a little while, the God of all grace, who called you to his eternal glory in Christ, will himself restore, support, strengthen, and establish you (1 Peter 5:6-10).

“I read it, and it made me feel relief from all of the stress that I had,” Lee said.

He signed up for a weekly Bible study to learn more, a choice for which is forever grateful. “When I was in prison, I saw that God is always on my side. When I had a difficult time, I read the Bible and it helped me go through everything.”

Support came in other ways, too. Many groups and individuals were inspired by his story and reached out to him, his wife, Panghoua Moua, and their four children.

Sylvia Dixen, a retired nurse and longtime Lutheran, was among them. After reading Lee’s story in the newspaper, she sent him a letter, which included her phone number.

“His story touched Sylvia’s heart,” said her husband, Bud Dixen, a retired ELCA pastor. “She herself was a refugee, born in India. She moved here at age 6 and always had an affinity with people who came from other places and didn’t have much.”

Despite Lee’s initial surprise at receiving the letter, he called Dixen to thank her, and the two struck up a friendship—one that would continue until her death in early 2013.

In August of 2010, Lee was released following the discovery that some Toyota models had problems  with sudden acceleration. Gathering family and friends together to celebrate, Lee and Dixen finally met for the first time.

Although she passed away just a few years later, her husband has remained in touch with Lee and his family, continuing the friendship that started with that first call.

It is examples like this that inspire Lee now.

“Even though I was a stranger, she still wanted to talk to me and be a part of my life,” Lee said. “I’m still thinking about her, and I remember to get into another person’s life and make them happy like she did.”

After his release, Lee went back to school to do just that. He graduated in December from Metropolitan State University with a bachelor’s degree in social work.

The desire to give back is not a new one for Lee. It’s one he’s dreamed of for years.

Though born in Laos, Lee moved to Thailand when he was a child and spent the next 20 years living in a refugee camp. During that time, he said he witnessed the generosity of those who brought items to share with the refugees.

“I received many things from those people,” Lee said. “I think to myself that one day I will be like them and help other people. Now I have a chance to do that.”