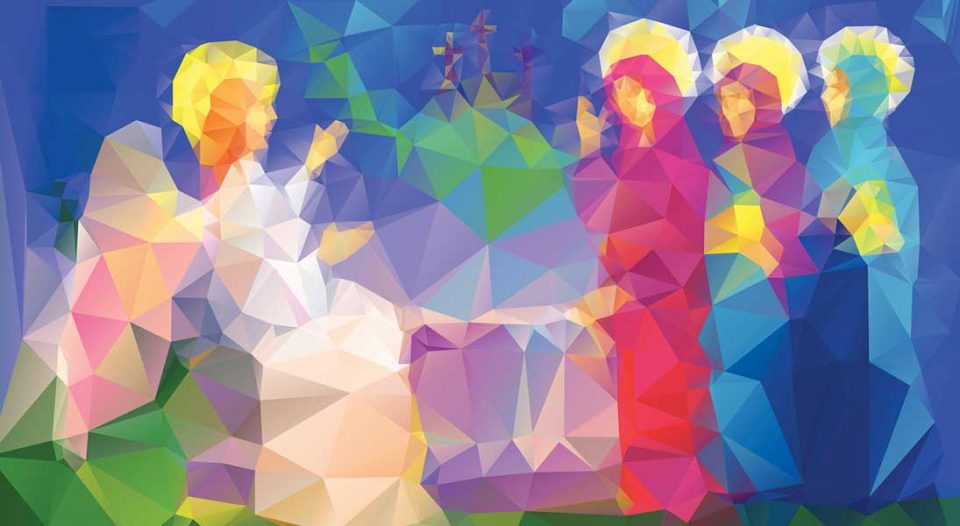 A pastor was invited to a baptism by one of his parishioners, a guard at the Central Carolina Prison in Columbia, S.C. Arriving at the prison early in the morning, he was searched, ID checked, interrogated, moved from waiting area to waiting area for more than an hour. Finally, his friend the guard came, and they walked together down long, cold corridors to the prison chapel. It was a small room, with a few rows of chairs and a platform at the front. On this day, the pulpit and piano had been pushed to the side against the wall.

In the pulpit’s place, flat on the floor, there was a large wooden box. The box had been covered in blue, plastic sheeting, which fell over the sides, and into the sheeting had been poured gallons and gallons of cold water. As the small group gathered around the makeshift baptistry, at the very moment the convert stepped into the box full of water and the chaplain reached over to grab his hands, lower him into the box, and say, “I baptize thee,” the visiting pastor had a realization that took his breath away—the box was a coffin, a standard, prison-issue, pine-box coffin. The man was being baptized in a casket; he was going into, and coming up out of, the grave.

The Evangelical Lutheran Worship funeral liturgy contains these words at the placement of the pall as the service begins: “When we were baptized in Christ Jesus, we were baptized into his death. We were buried therefore with him by baptism into death, so that as Christ was raised by the glory of the father, we too might live a new life. For if we have been united with him in a death like his, we shall certainly be united with him in a resurrection like his” (ELW, p. 280).

Death and life, despair and hope, going under and rising again—those are our themes today. When the women went to the tomb, they went with deep sadness and despair. They went into a place of coldness and death, a prison house of the soul. They went with no hope, no anticipation, no vision of the future. They went reluctantly; they went to perform a sad duty; they went to prepare Jesus’ body for burial; they went to put their friend into a grave. But when they got there, they discovered that everything had changed. The tomb was empty; the body was missing; there was an angel hovering about.

“Do not be afraid,” the angel says. “You’re looking for Jesus? Sorry, he’s not here. He’s been raised. He’s gone to Galilee. Go tell Peter and the others to meet him there.” The women are stunned, reeling, speechless. It’s little wonder the Bible tells us that they left quickly with “fear and great joy.”

This business of rising again from the dead has never been easy for anyone to believe. It’s not natural; it’s not normal. It wasn’t normal 2,000 years ago, and it’s not normal now. All of us who proclaim it know it’s not easy to believe. But it is a story full of possibilities for all of us.

From death to new life isn’t really about going through physical death and then living happily ever after in heaven. It’s about being changed, transformed, in the midst of our circumstances, here, now.

The prisoner who was baptized in a coffin didn’t get to leave prison because he got religion, far from it. He still had 20 years to go on his sentence. For him, nothing external changed at all, and yet, internally, everything had begun to change, completely. He had gone from existence as a dead man walking, a person already dead in spirit waiting to die, to life as a man filled with the new life of Christ living in him.

For us, the questions of Easter are these: What sort of prison are we living in? What darkness grips our soul? What cold and clammy tomb is holding us back from a joyous life?

Those are the questions; here’s the promise of the gospel: When you step into the cold waters of death, you will come out on the other side of the Jordan. When you bury what’s holding you back, you begin life in Christ. When you put your past away, lay it down in a coffin filled with God’s forgiveness and forgetfulness, you will stand up with joy on Easter morning.