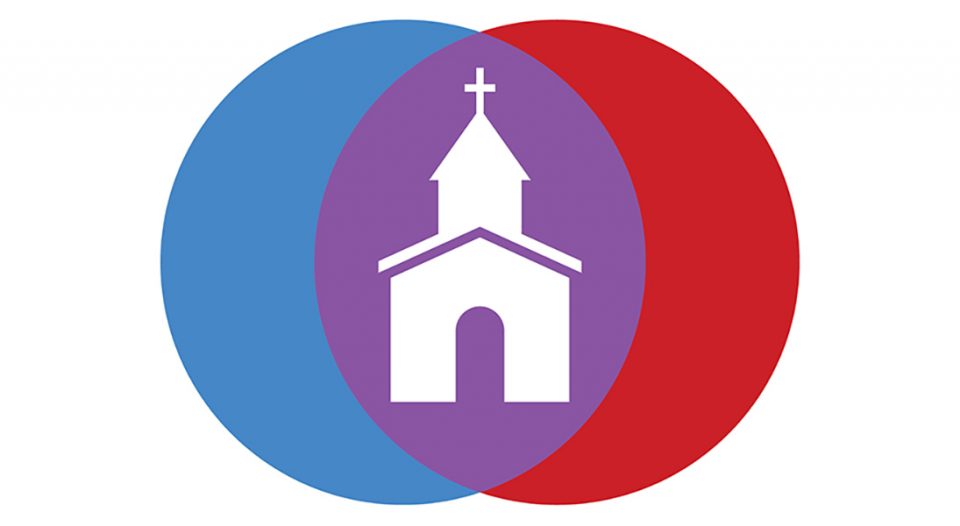 When you pull into the church parking lot on a Sunday morning, you see remnants of the scuffle on the car bumpers: “I’m With Her” alongside “Make America Great Again,” with some Bernie Birds and Carson stickers in the mix. 2016 was a bruising political year.

We seem to smell political bias in everything: newspapers, online media, television stations. And, I would add, in the liturgy, sermons and hymns. In the case of the latter, it’s surely there—just not in the way we might imagine. After all, you can’t hear Micah 6:8 or Isaiah 58:1-9 and not hear God’s political bias.

The difference, of course, is that it’s not a partisan bias. And there is a difference.

Our lives are political. It’s who we are; we can’t live together and be otherwise.

So what are a pastor and a congregation to do in these days?

Be who you are within the church. Politics, for me, is both a hobby and something I take quite seriously as a tool that shapes our common life together. I’m sure parishioners may see something on my social media feed that makes them cringe, much as I see some posts on their feeds that make me cringe. These are opportunities for holy conversations, not for (un)righteous anger.

The Christian call to tame their tongue does not mean that they don’t say anything, but that they’re mindful in what they say. And surely we can disagree with one another and still commune at the Lord’s table, right?

Lead with love. The purple church has an opportunity to teach the world a lot about love. William Sloane Coffin, the late minister of Riverside Church in New York City, once noted that a congregation will let their pastor get away with a lot if they know that their minister loves them.

I would say the same is true about the congregation from the office of the pastor. This love also means that pastors are mindful that their political biases don’t cover the gospel in their sermons and that congregants are mindful to not attach a partisan agenda to any and every comment or phrase that pastors utter.

Stop playing defense all the time. We’re so lock-and-step behind political candidates that we fail to be critical of them any longer. The signal whether to agree or disagree with someone is determined by the capital D, R or I next to their name. This isn’t the Christian’s calling. We can certainly support a candidate while disagreeing with a policy proposal, and we may find a policy proposal we agree with coming from a candidate we didn’t vote for.

Talk about politics. For the church to ignore the larger context in which they find themselves, in this case the political context, it would be like riding out a hurricane but demanding that the only topic of conversation be the wallpaper of the house they’re hunkered down in because that’s all everyone has agreed on. The purple church can teach people to trust one another enough to actually risk engagement with the political other. We must come to grips with the fact that our politics will not unite us in the end. Only Christ can do that.

Jesus pastored purple. He didn’t demand uniformity or conformity out of his disciples. How else do you explain how Simon the Zealot, a political protestor and activist, found himself sitting at the Last Supper with Matthew the tax collector, an agent of the state?  And yet, there they were, feasting on Christ’s body broken for humanity, drinking the blood of the new covenant, becoming one church—together.

If that’s not a model of pastoring and being with the purple, I don’t know what is.

So we have the example. The question is: are we willing to follow?

Tim Brown
Tim Brown is a pastor, writer, and director of spiritual gifts for Methodist Home for Children.