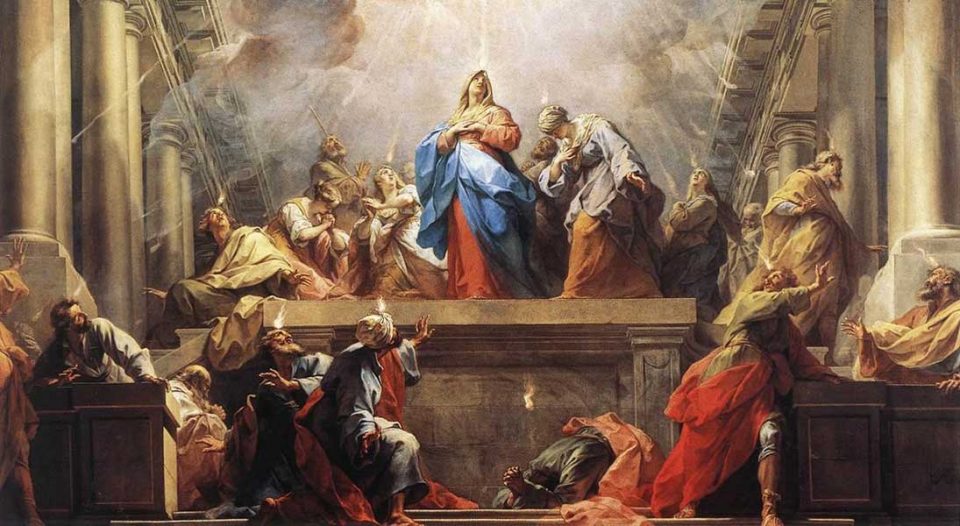 In his book When I Relax I Feel Guilty, wilderness ministry pioneer and motivational speaker Ted Hansel told a version of this story:

A person who had lived most of his life in the western wilderness was walking with a friend in New York City. Suddenly the man stopped and told his city friend, “I hear a cricket.” The friend laughed at him, “That’s impossible. Look around—buses, cabs, horns, people. Nobody could hear a cricket over all that racket.” “But I do. I hear a cricket.” And the man from the wilderness led his friend across the street and down the block to a shrub growing in a cement planter. He dug under the leaves and, sure enough, pulled out a cricket.

The friend was astonished. “How did you do that?” “It’s simple really. It all depends on what you listen for. Watch this.” The mountain man reached in his jeans pocket, took out a handful of change and dropped it on the sidewalk. As the nickels, dimes and quarters jangled on the cement, every head within a block turned in their direction. “See,” he smiled as he picked up his change, ‘It all depends on what you’re listening for.”

While “speaking in tongues” is the way most people describe the miracle of Pentecost, it would be just as accurate to call it the miracle of “spiritual hearing.” While Acts 2:4 says that tongues “as of fire” settled on the disciples and that they “began to speak in other languages,” Acts 2:6 and 2:8 clearly indicate that, no matter where you were from or what language you understood, if you were in the street that day, you heard the gospel proclaimed in your native tongue—“each one heard them speaking in the native language of each,” and “how is it that we hear, each of us, in our own native language?” I have, at times, wondered “Had I been there, would I have heard Peter in my native language, saying something Southern like, “Now, y’all settle down and listen here.”?

The question arises: Was this a miracle of speaking? Or a miracle of hearing? Of listening? We in the church spend a lot of time thinking about, and working on, and arguing about, our proclamation. We want to get our message straight; we try very hard to tell our story with power and persuasion. We sometimes obsess over how we present ourselves. But how much time and effort do we spend on developing our listening skills—learning to listen for God and to each other?

Maybe one of the things the Holy Spirit is about in our lives is helping us hear the voice of God in the voices of those around us. Perhaps the biggest miracle of that first Pentecost was not that the disciples spoke in a variety of tongues but rather that people from all over the world heard the good news of God in the midst of all that racket. In the middle of those loud, insistent, strident voices, yammering away at them, all talking at the same time, the good news of God’s grace and love was not only spoken but was also heard, heard in a language each could understand. What if hearing is the real miracle of this day?

We live in a world full of yammering voices, don’t we? Television is the least of it anymore. Although, you can’t even get fast food or go to the doctor’s office without having to hear talking heads yelling at each other about the latest breaking news, as background to your burger and fries or blood-pressure check. We also have the incessant demands for our attention from our phones: the beeping of texts, likes on Facebook, email notifications, and the occasional call from someone we know and want to talk to but mostly robocalls from people we don’t know and wish to avoid. And it never stops unless we stop it. And in the midst of all that noise, is it any wonder we have trouble hearing the still, small voice of the Spirit when it speaks to us?

Several years ago, one of our full communion partner denominations, the United Church of Christ, developed a new slogan—“God is still speaking.” I think they came up with it as a result of people saying things like “the Bible said it; I believe it and that settles it.” Their new motto was a plea for modern folk to realize that God is not dead, and God did not cease speaking when the last word of the Greek New Testament was written. As Jesus said in our Gospel lesson a few weeks ago, “And I will ask the Father, and he will give you another Advocate, to be with you forever. This is the Spirit of truth, whom the world cannot receive, because it neither sees him nor knows him. You know him, because he abides with you, and he will be in you” (John 14:16-17).

If the Advocate, the Spirit of truth, was not only sent upon the disciples hidden in that room but has also been sent upon us in this room and was not only meant for the ears of those disparate people gathered in the streets of Jerusalem but also meant for the ears of disparate people from all over the world and did not only descend 2,000 years ago but also continues to descend upon us today—in other words, if God is indeed still speaking, well, what are we to do?

Years ago, I had a church member who had recently moved to the states from Denmark. He worked with an international corporation. He had a brilliant wit. One day over a coffee I teased him a bit by saying, “Danish is such a guttural language, very harsh to most people’s ears. How do you whisper romantic nonsense to your sweetheart in Danish?” Without cracking a smile, he said, “You don’t. This is why knowing French is considered necessary to marriage in Denmark.”