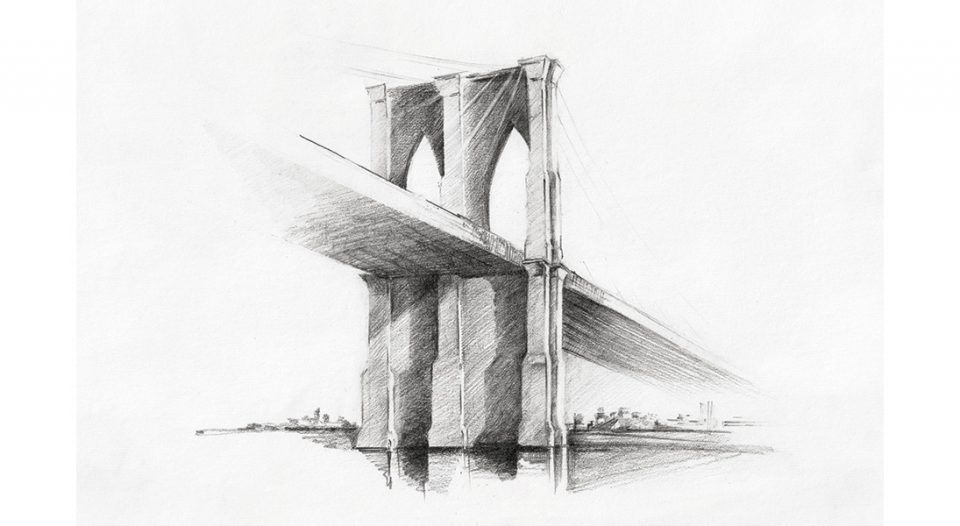 We’ve all seen freeway construction featuring bridges and ramps that lead to nowhere. You look up and see half a bridge—a bridge incomplete. In March 2017 a section of the Interstate 85 highway bridge in Atlanta collapsed following a devastating fire that began under the overpass. Everything in the city came to a standstill. You can only travel so far on I-85 before you have to exit, drive through some overwhelmed side streets and re-enter farther south or north of the city.

All bridges are vulnerable to collapse and failure. Toppled by wind, crumpled by earthquake, incomplete simply because of the sheer magnitude of the task. They’re man-made, after all, and, thus, they can fall short.

Paul’s first-century Roman audience knew this situation well. This community in ancient Rome lived at ground zero of the world in a vortex of political storms. Situated thus, they were a lightning rod for everything that was going wrong in the empire at the time. These Christians had every reason to wonder if there was a bridge between fear and hope, between suffering and glory, between the evil done to them and the good that would ultimately triumph.

Paul wrote: “We know that all things work together for good for those who love God, who are called according to his purpose” (Romans 8:28).

A victor in Greek classical contests was Nike, like the shoemaker. Paul argues that when we walk the bridge of faith, we are hyper nike, more than victors.

Roman Christians understood Jesus Christ was their connection to goodness. But a new kind of bridge was needed—a bridge of faith conceived and designed by Christ, “the master builder.” This bridge of faith needed to stand strong in the storm. It needed to be long enough to sustain travel to the other side and high enough to withstand the rains and floods.

Paul urges us to traverse the bridge of faith that connects us to the love of God—making it the biggest suspension bridge in the history of humankind: “In all these things we are more than conquerors through him who loved us. For I am convinced that neither death, nor life, nor angels, nor rulers, nor things present, nor things to come, nor powers, nor height, nor depth, nor anything else in all creation, will be able to separate us from the love of God in Christ Jesus our Lord” (Romans 8:37-39).

The Greek word that expresses “more than conquerors” is hupernikomen. A victor in Greek classical contests was Nike, like the shoemaker. Paul argues that when we walk the bridge of faith, we are hyper nike, more than victors.

We can be confident, despite evidence to the contrary, that all things—not some things —will work together for good. Nothing, Paul said, “will be able to separate us from the love of God.” Now that’s victory with a swoosh!