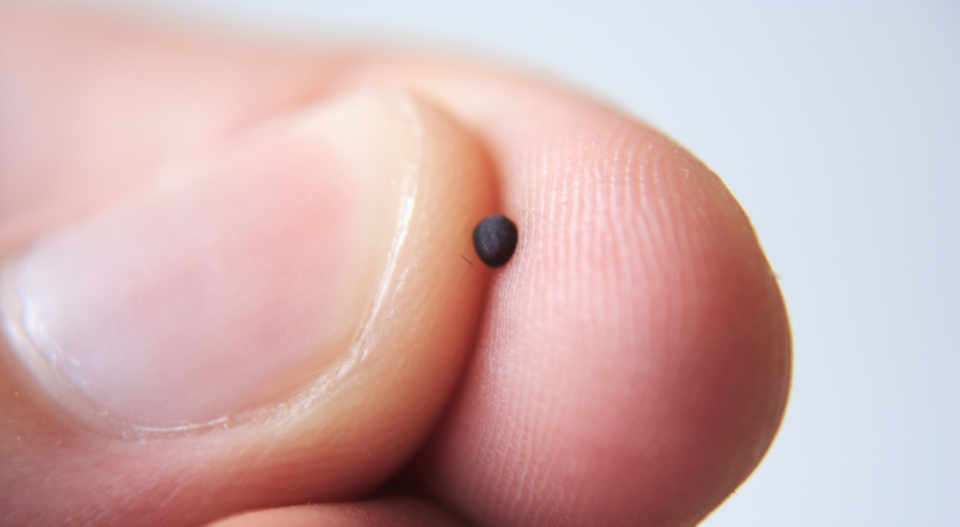 “The kingdom of heaven is like a mustard seed that someone took and sowed in his field; it is the smallest of all the seeds, but when it has grown it is the greatest of shrubs and becomes a tree, so that the birds of the air come and make nests in its branches” (Matthew 13:31-32).

Understanding what Jesus is getting at in all these short parables about the kingdom of heaven is not easy, even for an old farm boy like me. I get the farming side, but like the disciples, I don’t always get the spiritual side. It’s important to remember that Jesus in not talking about farming, and he’s not talking about Heaven with a capital H, the beautiful city with streets of gold where we go when we die, the eternal destiny of our souls. Jesus is talking about the divine activity of God in the world at the present moment, in the midst of our ordinary earthbound existence. He is talking about the hidden holiness lurking about in the mundane monotony of our daily lives.

In this Gospel lesson, Jesus reminds us that the kingdom of heaven is, at one and the same time, a very present reality in the world and also very difficult to discern and locate in the world. In particular, we are reminded the kingdom of heaven is not something we create. It is rather a treasure that God has already created and given to us, and that when we find it—or more correctly, when it finds us—we are called to give ourselves to it completely.

The text consists of six analogies starting with the phrase “The kingdom of heaven is like.” These six analogies come in three sets of two that are similar. This parallelism is typical of Hebrew thought and poetry. The first set is the mustard seed becoming a large tree and the yeast acting on flour and water to make bread. The second set is the treasure found in a field and a pearl of great value found in a shop. The third set is the net of every kind of fish and a homeowner showing off his stuff.

The mustard seed and the yeast are about how the work of God is often slow and subtle, not fast and flashy. They teach us that, unless you know the whole story, you won’t even notice what God is doing. And often the one who plants the seed is not around to see it grow.

Brian McLaren, in his book A Generous Orthodoxy, tells this true story about a turtle:

Some people I know once found a snapping turtle crossing a road in New Jersey. Snapping turtles are normally ugly. … This turtle was even uglier than most: it was grossly deformed due to a plastic bottle cap, a ring about an inch-and-a-half in diameter that it had accidentally acquired as a hatchling. … The ring had fit around its midsection like a belt back then, but now, nearly a foot long, weighing 9 pounds, the animal was corseted by the ring so that it looked like a figure 8. My friends realized that if they left the turtle in its current state, it would die. … So they snipped the ring, and … nothing happened. Nothing. Except one thing. At that moment, the turtle had a future. It was rescued. It was saved. It would take years for the animal to grow into normal proportions, maybe decades.” (p. 98)

Anyone finding that turtle would not be able to tell that a good thing was at work in it, that it was moving from deformity to wholeness, from pain to health, from death to life. All they would be able to see is an ugly guitar-shaped turtle. So it is with the kingdom of heaven. Its work in the world is often hidden from our eyes, but Jesus assures us that the kingdom IS here and it IS working, like a seed beneath the soil or yeast in bread dough.

The second set is the treasure found in the field and the pearl of great value, which are not so much about the surprise of finding the valuable items but rather focus on the whole-hearted response of the farmhand and the pearl merchant to their good fortune. The farmhand stumbled upon his treasure; the pearl merchant searched long and hard for his, but both gave up everything to possess the prize. Some people go through life never giving God a second thought and then, suddenly, they find themselves overwhelmed by the presence of God in their lives. Others spend years diligently searching, praying, thinking about the meaning of life and eternity, unable to feel God fully—then suddenly they stumble upon it. The important point is that both the farmer and the merchant gave away everything they have in response to the new treasure in their lives.

The parables of the fish in the net and the homeowner showing off the old and the new remind us of the radical inclusivity of the kingdom of heaven. People of every kind and every time are a part of God’s community of grace. In the house of the Lord, all lives are valuable treasures to be honored and cared for and accepted as gifts from God. In the holy family, all sorts of fish, all kinds of treasures, are present and welcome and valued.

I once served a congregation with a somewhat ethnically diverse membership, especially among the children and youth. Our vacation Bible school was held at night, and one evening parents and teachers were standing around in the gathering darkness, enjoying the cool of the evening while the children were out in the side yard playing. They were boys and girls; black, white and Asian, ages 3 to 13. They were playing a game called Ghosts in the Graveyard, a version of hide-and-seek. I stood on the church stoop and watched and listened. What I saw was joy, and what I heard was laughter.

What is the kingdom of heaven like? Maybe it’s like a game of hide-and-seek in the dark. Surprises are around every corner. Activity is going on whether you see them or not, and it really doesn’t matter who’s looking for whom; the game’s the thing, the joy comes because of the good news that everyone gets found in the end.

Lectionary blog: Facing up to our deadly sins

Lectionary blog: Picking up the mantle