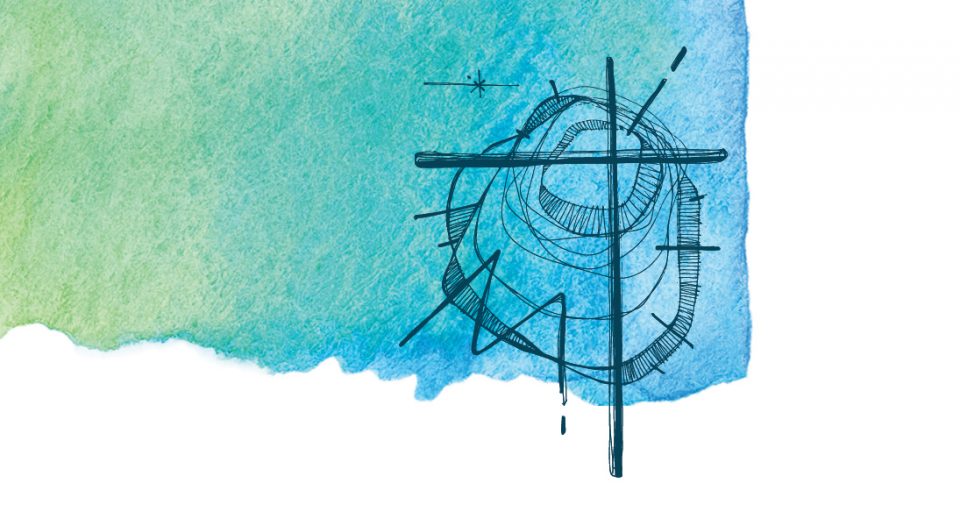 One challenge the word poses is that we tend to associate “kingdom” with a place, specifically a place ruled by a king. Biblical scholars suggest that “reign” or “rule” may be a better translation of the Greek word as the primary emphasis is on God’s activity, rather than on the place where it happens.

What activity are we talking about? Martin Luther believed that God is at work in the world in two different ways: in and through the created world for the welfare of all, and through the gospel to bring people to saving faith in Jesus Christ. In the past, theologians often called this Luther’s “two kingdoms” doctrine, but that language can be misleading because it sounds like he is talking about two different places. But Luther meant something very different.

God continues to be active in the world as its creator and sustainer, even while God in Christ is also active as the world’s redeemer.

In the United States, we often talk about the separation of church and state. This is a relatively modern idea that tends to compartmentalize God and faith within the church. It assumes that God is part of our private lives but has little or no place in public life. “Church” is about what happens on Sunday (and perhaps Wednesday night), while “state” gets the rest of the week.

Luther refused to compartmentalize God by limiting God’s activity only to the church. God is creator as well as redeemer, so God is God of the whole world. God continues to be active in the world as its creator and sustainer, even while God in Christ is also active as the world’s redeemer.

Imagine God as the conductor of a choir or orchestra. When you watch closely, you see that a conductor’s hands each move differently. Typically, one hand indicates the beat, while the other may cue a specific instrument or voice, or raise or lower the volume. A good conductor has to be ambidextrous, using both hands simultaneously.

Luther lived in a very different context from ours. Church and state were rivals for power, and leaders typically dipped their hands into both spheres of influence. During his time, bishops exercised political authority over the areas that were under their spiritual care, and political authorities enforced laws against heresy.

Leaders assumed that religious conformity was a necessary part of a well-ordered society, and they insisted on it. Luther was concerned about these boundary violations. Legal or political authority, he insisted, pertained only to matters of body and property. It wasn’t acceptable for political leaders to attempt to regulate the faith of their subjects.

Luther didn’t want church leaders in charge of politics any more than he wanted political leaders running the church. Nonetheless, he brought faith to bear on social and political matters. He wrote about the responsibilities of civic leadership. He dedicated some of his writings to individual politicians. Perhaps most surprising is what he wrote about government itself.

In the Large Catechism, Luther lifted up government as one of God’s good gifts. He included it in his explanation of the first article of the Apostles’ Creed, which confesses God as creator. For Luther, confessing God as creator is not only about what happened when the world began. His emphasis is on how “God has given … and still preserves” everything that exists.

For Luther, it’s in the discussion of God’s preserving and sustaining work that government enters the picture. First, he said God uses creation itself to support and sustain us through natural processes such as sunlight, air and water, animals and crops. Then he made a somewhat surprising move—he said “good government” is one of the gifts God uses to support our creaturely existence.

“Although we have received from God all good things in abundance, we cannot retain any of them or enjoy them in security and happiness were God not to give us a stable, peaceful government. For where dissension, strife, and war prevail, there daily bread is already taken away or at least reduced.”

Why did he make this claim? Luther recognized that we can’t use and enjoy the good gifts that God has given us without the peace and stability that government is intended to provide. For this reason, he also included government in his explanation of the Lord’s Prayer petition “Give us this day our daily bread.”

Luther wrote that we should pray “for the civil authorities and the government, for it is chiefly through them that God provides us daily bread and all the comforts of this life. Although we have received from God all good things in abundance, we cannot retain any of them or enjoy them in security and happiness were God not to give us a stable, peaceful government. For where dissension, strife, and war prevail, there daily bread is already taken away or at least reduced.”

When we look at refugees fleeing war-torn countries or at communities where order has broken down, we get a sense of Luther’s concern.

His view of government provided an important contribution in his day. In late medieval society, local and regional rulers often thought more about the entitlements of their office than about their responsibilities to those who lived in their territory.

Another reform movement that arose during Luther’s lifetime, the Anabaptists, believed that government and civic affairs were so compromised that it was better for Christians to withdraw from civil society and establish alternative communities rather than participate in government.

Against this view, the Augsburg Confession (the primary statement of faith of the Lutheran reformers) stated clearly: “It is taught among us that all government in the world and all established rule and laws were instituted and ordained by God for the sake of good order, and that Christians may without sin occupy civil offices.”

Not a blank check

Of course, this doesn’t mean that government can’t be questioned. The belief that political authority is a good gift of God doesn’t justify all forms of government and all laws. Rather, it provides a perspective from which to hold government accountable. Civic leaders are stewards to whom God has entrusted the responsibility of establishing and maintaining good order in the world. When they fail to do so, they are rightly criticized.

This understanding of government as one of the means through which God provides for God’s people and for creation is an important contribution in our time too. Often our conversation in the U.S. focuses on the size of government. Our political parties use the polarizing rhetoric of “big government” or “small government.” Luther recognized that both extremes are problematic.

Difficulties occur, Luther wrote, when government reaches too far but also when it’s restricted too much. What Lutherans can contribute to the conversation is what we might think of as a “Goldilocks and the Three Bears” perspective. How do we shape a government that is neither “too big” nor “too small” but “just right” to fulfill its God-given functions in this place and time?

This isn’t an easy task

“We disagree profoundly about matters such as what constitutes a well-lived human life, what is in the public interest, what is the role of the government in society, and what rights and duties we ought to have with respect to each other,” said Brad Wendel, professor of law at Cornell University, Ithaca, N.Y., and co-chair of the ELCA Task Force on Women and Justice: One in Christ.

For him, it’s essential that we treat each other with respect, recognizing that those with whom we disagree are also operating in good faith.

“To me, one of the most important Lutheran insights is that we’re simultaneously saints and sinners,” Wendel said. “Even as we’re working in the world as part of the left hand of God, we’re sometimes unable to see clearly what we ought to do, or to act in the way we’re supposed to, because of our sinfulness. From that follows what I think is one of the most important and underappreciated Lutheran virtues, which is humility.”

Wendel cautions that there isn’t a direct, straightforward relationship between God’s design for the world and how any one of our civic institutions should be set up and regulated. Living out our faith in the public sphere will never be as simple as a “What Would Jesus Do?” bumper sticker.

“Nevertheless,” he said, “I take heart in the gospel and believe that God is at work in the world through civic institutions like legislatures, courts, businesses, private charities and foundations, unions, advocacy organizations and so on.”

What does this mean for us today?

It’s easy to be cynical about politics. In the movie Fiddler on the Roof, a member of the Russian Jewish community asks the rabbi, “Is there a proper blessing for the czar?” The rabbi responds, “May God bless and keep the czar … far away from us.” It’s a good laugh line, but it’s a sad commentary on popular attitudes toward political leaders.

Nathan Pipho, a pastor of Trinity Lutheran Church, Worcester, Mass., has had a lifelong interest in politics. He returned to school in 2015 to study the intersections of faith and politics at Harvard Kennedy School of Government. As a member of the school’s mid-career group, he had classmates from more than 70 countries, with government, nonprofit, private sector and military backgrounds.

“Across the political spectrum, my classmates had a heart for public service and for making the world a better place,” Pipho said. “In the diversity of their vocations, and in their shared desire to work for the common good, I saw God at work bringing order and stability to the world and meeting the needs of humanity.”

With this, Pipho offers advice for Christians: “First, live out Luther’s explanation of the Eighth Commandment: ‘To come to the defense of our elected officials, speak well of them, and to interpret their actions in the best possible light.’ Second, find ways to help our elected officials succeed in their vocations as public servants.

“In my experience of city, state and federal government, there are lots of officeholders in both major political parties trying to make a positive difference. Finding ways to help dedicated public servants succeed in their vocations is not about advancing a narrow partisan agenda, but about establishing responsive local, state and federal governments that effectively address the real needs and issues of the communities they serve.”