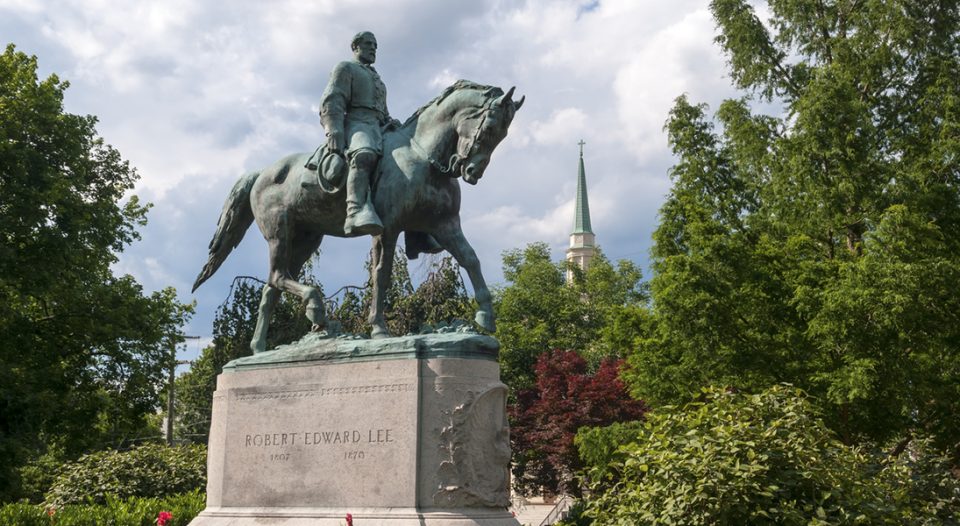 For the second time this summer, Charlottesville, Va., will be a destination for white supremacists. The first incident occurred July 8 when members of the Ku Klux Klan held a protest over the city’s planned removal of its statue of Civil War Confederate Gen. Robert E. Lee. The next will be on Aug. 12, when 400 white supremacists are expected to descend on the college town for another rally.

Local clergy have led the resistance to the rise in hate-group activity. The Charlottesville Clergy Collective has been among the strongest voices against the white supremacists. Viktoria Halmagyi Parvin, pastor of St. Mark Lutheran, is among the collective’s 50 members. She was thrown into the melee as soon as she moved to Charlottesville from southern Illinois. Parvin arrived just weeks before the Klan announced its rally.

“The biggest accomplishment resulting from the July 8 Klan rally was the forceful role taken by the Charlottesville Clergy Collective,” Parvin said. “It allows us to present a united front. The hate groups use Christianity to justify their actions, but this is not what we believe.”

The Charlottesville Clergy Collective started in 2015 as a reaction to the Charleston church shooting in South Carolina. It began as a network that would react with a unified clerical response if there were a similar event in Charlottesville. Today, the group focuses on the substance and logistics of its response to white supremacist activities.

Throughout its preparation for the arrival of the Klan rally and the upcoming white supremacist rally, the collective’s membership has consistently grown. In early July, 30 clergy members attended its weekly meetings; by late July, the group had grown to 50.

Home to the University of Virginia and several early U.S. presidents, Charlottesville is an area steeped in history. The city’s Lee statue became a focal point when the City Council voted to remove it from Charlottesville’s most prominent park in February. “This started with the controversy surrounding the removal of the statue,” Parvin said. “But it didn’t have to lead us to where the white supremacists have taken us. People have become divided on the issue, and they are trying to justify their view of the past.”

The issue exploded and drew national political and media attention. Gubernatorial candidate Corey Stewart attempted to broadcast a Facebook Live presentation in front of the Lee statue in May. Counter-protesters forced him to cut the attempt short, but Stewart later returned to rally with approximately 100 supporters.

This was followed by the announcement in late May that the KKK had received a permit to rally in Charlottesville. On July 8, more than 1,000 counter-demonstrators overwhelmed the rally of approximately 40 Klan members. Alternative protest actions occurred throughout the city, where nearly 2,000 people attended concerts, lectures and family-oriented activities.

The planned Aug. 12 rally will be in Emancipation (formerly Lee) Park, blocks from the Klan rally site. The city has issued a rally permit for 400. It will be significantly larger than the July 8 rally, and counter-demonstration leaders, including the Clergy Collective, view the Klan rally as a practice session for what will occur on Aug. 12.

The collective will continue its weekly meetings through Aug. 8 to plan its response to the rally.

Richard Lord
Richard Lord is a journalist and photographer from Ivy, Va. His photography has been displayed at the U.N. General Assembly, 17 U.S. embassies and art galleries throughout the U.S.

Talking racism on a deeper level

A long summer, for many reasons

Study guide: Living out our commitment