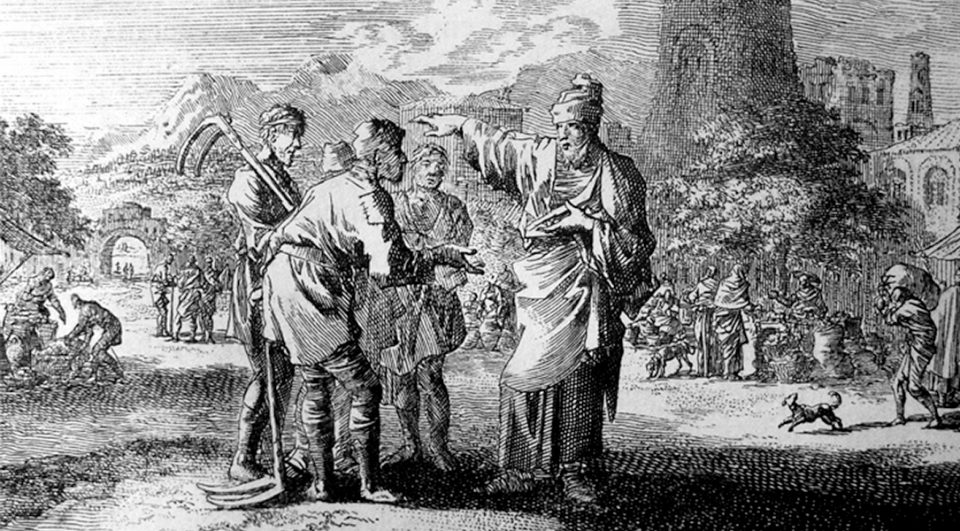 Sometimes, some people, particularly some people on some finance committees or congregation councils, have let it be known to me that they do not think that pastors know much about money or business. In turn, I have let it be known to them that both my grandfather and my mother were church treasurers, with a combined 50 years of managing the finances of their respective congregations. From the time I can remember, there was lots of talk in our house of pledges, and apportionments, and agonizing decisions about what do I pay first—the mission fund, the power bill or the preacher’s salary.

Grandpa was the treasurer for Slate Mountain Missionary Baptist Church. They had a system where everyone made a pledge toward paying the preacher’s salary for the year. This pledge was due every three months. If someone failed to pay their pledge, the treasurer took the ledger book and Bible in hand and went to collect it if he could.

One time, Grandpa told me with a twinkle in his eye, he went to see “Brother Smith,” a neighboring farmer. Brother Smith said, “Deacon Chilton, times are hard. I just don’t have the money.”

Grandpa was not one to give up easily. “Well, Brother Smith, let me ask you a question. Supposing you had a horse. Would you sell that horse and give half the money for the Lord’s  work?” Brother Smith looked hurt, “Why Deacon Chilton, I’m surprised you would ask me such a question. You know me. You know how much I love the Lord. You know if’n I had a horse I would sell it and give half the money to the church.”

“That’s fine, Brother Smith,” Grandpa said, “Bear with me whilst I ask you another question. Supposing you had a sheep. Would you sell the sheep and give half the money towards the preacher salary?” Again, Brother Smith was upset, “Deacon Chilton, stop insulting me! You know that I favor the preacher and believe that he deserves to be paid. You know that if I had a sheep I would sell it and give half: No! Wait! I’d give all the money for the preacher’s pay!”

“That’s wonderful, Brother Smith.” Grandpa said, “But let me just ask you just one more question. If’n you had a pig, would you do it? Would you sell that pig and give half the money to the church?” Bother Smith turned red and started yelling, “That there ain’t no fair question Deacon Chilton, and you know it. You know I got a pig ’cause you sold it to me.”

Jesus accuses the chief priests and elders of saying yes while living no. He tells this parable about two brothers who were told to go to the vineyard and work. The first says no, but he later reconsiders and goes to work. The second casually says yes but never shows up. Jesus asked the chief priests and elders: “Which of the two did the will of the father?” They grudgingly admit, “The one who went to the field and worked.”

The tax collectors and prostitutes may have once turned their backs on God, but because they eventually repent and obey and serve God, they were way ahead of the chief priests and elders, who spent their public lives proclaiming their devotion to God and ostentatiously demonstrating their obedience to God’s law—but they never actually did any of the works of love and mercy that God called them to do. They said yes and lived no.

We have all proclaimed our desire to do God’s will, to follow Jesus on the way of the cross, to serve our God and neighbor with a pure love and devotion. We say “Yes, yes, Lord, I will. I will follow you.” “Here I am, Lord,” we softly sing. We say “yes,” and we mean “yes.’’ But then the crunch comes. We see what the actual price is. We realize that God is not asking us for a theoretical commitment but a real, this world life of suffering and sacrifice. And so, after saying yes, we live no. Perhaps we thought it would be easy. Perhaps we really, really meant to but got distracted and waylaid by the troubles and trials of life. Perhaps, like Brother Smith, we really have a pig, and we are not actually willing to let that go.

Well, actually, the good news is that we don’t have to find the help, the guidance, the support and strength; they have found us—in the person and work of Jesus the Christ. Philippians describes how Christ did not count being equal with God as a thing to desperately cling to but rather let it go in order to be here in the muck with us, showing us the way of the cross. It is a difficult road; it is a hard yes to live out. But we do not go there first, and we do not go there alone. We go where Christ has already gone, and as we go, Christ goes with us.

Do you have a life? Will you give it for the work of the Lord? Will you say yes and live yes?