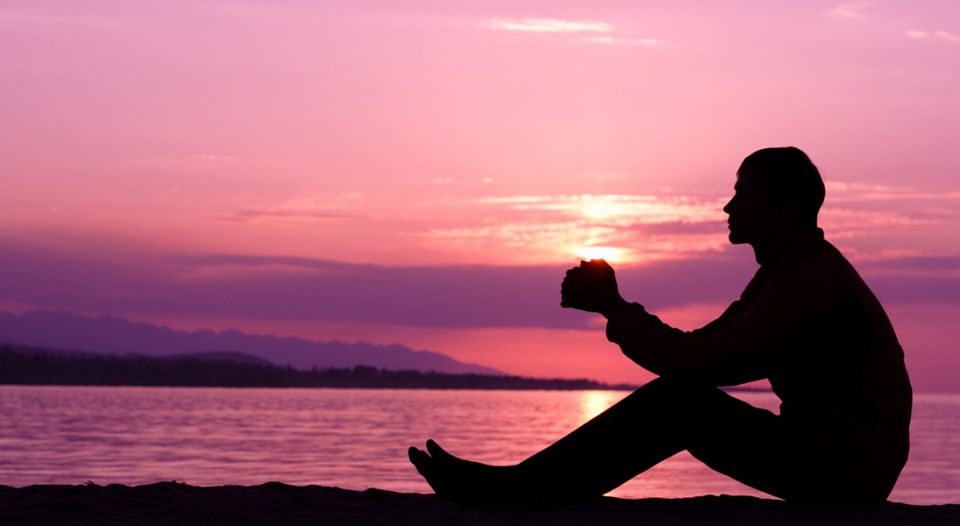 Editor’s note: the following is part of a series of articles from ELCA theologians, Rostered Ministers, seminarians/professors and other contributes that features individual viewpoints on the Reformation’s importance on the occasion of the 500th anniversary. This article reflects the perspectives and thoughts of the author and not necessarily the theological, ethical, or social stances of the Evangelical Lutheran Church in America or Living Lutheran.

It is often said that ecumenism is first of all personal. One’s interest in seeking to understand and to be reconciled with those of faith traditions other than one’s own often is born out of relationships with family members, friends and colleagues. This is deeply true of my own experience.

I grew up Roman Catholic. Both sides of my family are Catholic. I attended my parish elementary school. Since we lived one block from the church and I could always get there in a snowstorm, I was one of the go-to altar servers for the early morning weekday Masses. The church was part of the daily rhythm of my life during these formative years growing up as a very Catholic kid in a very Catholic family.

Somehow, I ended up at a Lutheran college (Augustana, Sioux Falls, S.D.). It was there that I got my first exposure to Lutheran thought as it permeated many aspects of my education, not least the required religion courses. Here I learned that I didn’t need to check my brain at the door in order to be a Christian. Here I could struggle with my questions and doubts in an environment of intellectual rigor and faithful integrity. But as an aspiring musician, it was the musicality of Lutheran worship that hooked me, and I soon found myself worshiping regularly among the Lutherans.

As my journey into Lutheranism deepened, my Catholic family members were very interested and supportive. In retrospect I find this truly remarkable, since my parents and their parent’s generation all had been formed with pre-Vatican II sensibilities. There was, however, one exception, my maternal grandmother, who was simply quiet as all this unfolded.

When my wife, Beth, and I were married by a Lutheran minister, grandma came but was quiet. When we joined a Lutheran congregation and became actively involved, grandma was quiet. When my journey led to seminary, grandma remained quiet throughout those four years. And when the congregation, family and friends gathered on a hot, summer day in 1995 for my ordination, my grandmother was not among them. I later learned from my mother that she had tried desperately for weeks to secure a commitment from grandma to attend, but in the face of each and every invitation, she had remained silent.

The scandal of the division of the body of Christ is a source of pain for many, as it was acutely painful for me some years later on the day of my grandmother’s funeral. All throughout the Mass, I sat in the same pew where she and grandpa and I had worshiped together frequently when I was a child. But on this day, when it was time for communion, I had to remain in the pew, unable now as a Lutheran to come to the table at which she and I had communed together so often. Yes, ecumenism is at times excruciatingly personal.

As president of the Lutheran Ecumenical and Inter-Religious Representatives Network (LEIRN), a network of volunteers appointed by bishops to support them in their work as the chief ecumenical officers of our synods, I was privileged to be present during the 2016 Churchwide Assembly. On the floor of the assembly and in the standing-room-only forums and Grace Gathering seminars on “Declaration on the Way,” a clear and deep yearning for greater unity with our Catholic sisters and brothers was manifested. I heard so many stories with personal dimensions like my own.

“Declaration on the Way,” which affirms the consensus achieved by Lutherans and Catholics on the topics of the church, Holy Communion and ministry over the 50 years of dialogue since Vatican II, was overwhelming affirmed by the assembly. In this joyous moment, Presiding Bishop Elizabeth Eaton presented the gift of a communion chalice to Bishop Denis Madden, who had served as Catholic co-chair of “Declaration on the Way.” When accepting the gift, Bishop Madden held the chalice aloft and said, “I will wait for that day, not a long time in coming, I am sure, when we can share this chalice of the precious blood together.” With tears in my eyes, I was confident that grandma was hearing these words too.

About a month later, a small group of Catholics and Lutherans gathered early in the morning in the parish hall of the congregation I serve. We had a laptop hooked up to a large screen, and soon we were watching Pope Francis enter the cathedral in Lund, Sweden, birthplace of The Lutheran World Federation, to worship with Lutherans and other ecumenical guests at the start of a year commemorating 500 years of reformation. We were particularly moved as young people, representing the future, lit candles and read commitments pledging our churches to journey together toward greater unity. All of us sitting in that room sensed the historical significance of this moment in which we promised to go forward not separately but together. Maybe those young Catholics and Lutherans who lit the candles in Lund will be able to share the bread and the cup in their lifetimes.

In May of this year I found myself amid a crowd of 10,000 worshipers gathered in Sam Nujoma Stadium in Windhoek, Namibia, for the Global Commemoration of the Reformation celebrated during the Twelfth Assembly of The Lutheran World Federation. Ecumenical partners had leadership roles in worship, of course, including Cardinal Kurt Koch, president of the Pontifical Council for Promoting Christian Unity, who led us in confessing the creed. Here was the head of the Catholic Church’s ecumenical efforts leading a soccer stadium full of Lutherans in confessing our common baptismal faith. Grandma could never have imagined such a thing in her lifetime.

But then it was time for communion. As I joined the twisting lines of thousands winding their way toward numerous communion stations in the hot African sun, I glanced up at the dais and noticed Cardinal Koch sitting there all by himself while others communed. We still have work to do! We have come so far in 500 years, so far in just these past 50 years, but we have steps yet to take in dialogue so that we may finally be reunited at the Lord’s table as Lutherans and Catholics. We must be persistent in pursuing this goal.

I was never able to be reconciled with my own grandmother over the Lutheran-Catholic divisions in our relationship. We ran out of time, at least on this side of eternity. Maybe I was not persistent enough – or at all. Maybe we left our differences unaddressed rather than to risk offending or hurting one another. Or as so often seems to be the case, maybe it was easier simply to go our separate ways.

For me the biblical text of greatest significance for ecumenism is not the commonly quoted John 17, where Jesus prays that his followers might be one so that the world may believe – though this is an important text. Rather, I turn to Matthew 18, where Peter comes to Jesus and asks, “Lord, if another member of the church sins against me, how often should I forgive? As many as seven times?” And Jesus answers, “Not seven times, but, I tell you, seventy-seven times.” Rather than “seventy-seven,” a better translation of the Greek is probably “seventy times seven” or 490 times, which is a lot. If we were keeping track of our attempts at forgiving, surely, we would lose count long before we got to 490. Jesus, in other words, is encouraging us to be persistent in seeking reconciliation. We who have been reconciled to God in Christ must set reconciliation with one another as a high priority and be persistent in seeking it. It is who we are and what we are called to be about.

Soon it will be Oct. 31, 2017, Reformation Day and the 500th anniversary of Luther posting his 95 theses. As Nov. 1 dawns and the strains of “A Mighty Fortress” fade across the globe, where will we go from here? I have no doubt that we will continue on the way toward greater unity together. We are committed now to this shared journey. I pray, however, that it may be marked by an ardent persistence, both at the personal and corporate levels, that never lags in seeking reconciliation. May the gift of a more full and visible unity be ours – even on this side of eternity.