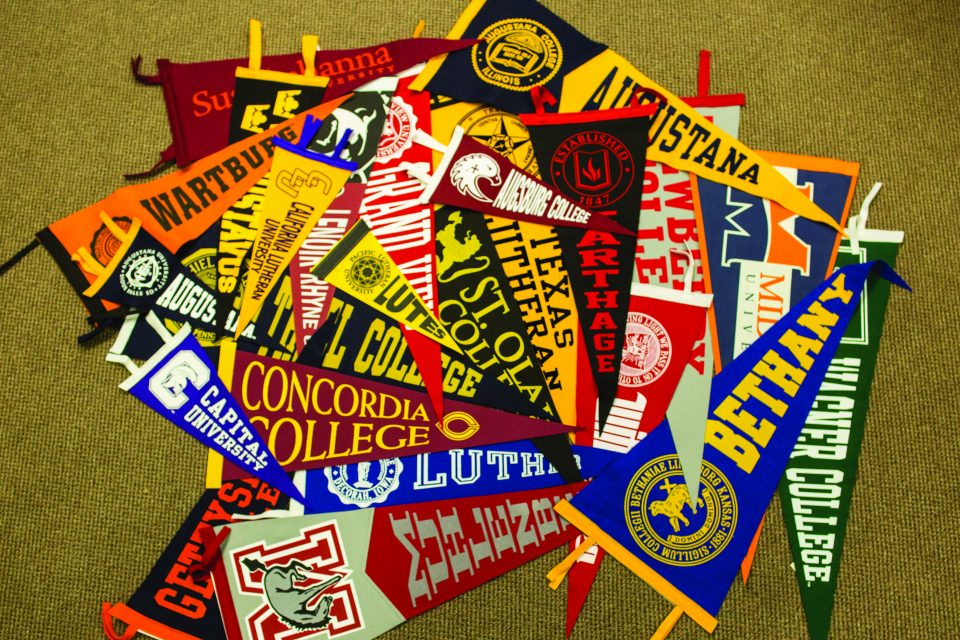 In 2015 the Evangelical Lutheran Church in America (ELCA) established the Network of ELCA Colleges and Universities to reinforce the church’s commitment to the 500-year-old Lutheran intellectual tradition. It was created in collaboration with the ELCA’s colleges and universities to promote their shared mission and identity as Lutheran institutions of higher learning.

Wilhelm emphasized that although the schools have collaborated with each other since the early 20th century, the connections weren’t structured as they are now under the formation of the network.

During its first year, the network focused on the question of Lutheran identity, which will culminate with the network’s board of directors receiving in January a document titled “Rooted and Open: Our Common Institutional Calling.”

Wilhelm said the document is focused around the conviction that “to be a Lutheran institution of higher education is to reclaim what Luther and the other reformers said is the reason for the church (to be) involved in higher education.

“Luther understood the Christian life to be one of service to God and neighbor in one’s everyday places of responsibility; education equipped Christians for this vocation. He taught that education served the common good of Church and society.”

“They said the Lutheran church should care about higher education so that the community will be good. And that you bring together all people of good will to become educated so that things will go well in communities.”

As stated in the ELCA social statement “Our Calling in Education,” “Luther understood the Christian life to be one of service to God and neighbor in one’s everyday places of responsibility; education equipped Christians for this vocation. He taught that education served the common good of Church and society.”

This point—education for vocation—is one of the key hallmarks of Lutheran higher education.

Education for vocation is one of three programmatic pieces that will guide the network in encouraging the colleges and universities to reflect on their mission. The second piece is promotion of inter-religious understanding, and the third is inclusion and equity, both in higher education and American life.

“The network provides regular opportunities for the presidents, senior leaders and faculty at our colleges and universities to be engaged in leadership training, professional development and networking opportunities across institutional boundaries,” said Rebecca M. Bergmann, president of Gustavus Adolphus College and president of the network. “In addition, these conversations across peer groups offer opportunities to discuss common challenges facing higher education and ideas for addressing these challenges in alignment with the missions and values of our Lutheran institutions.”