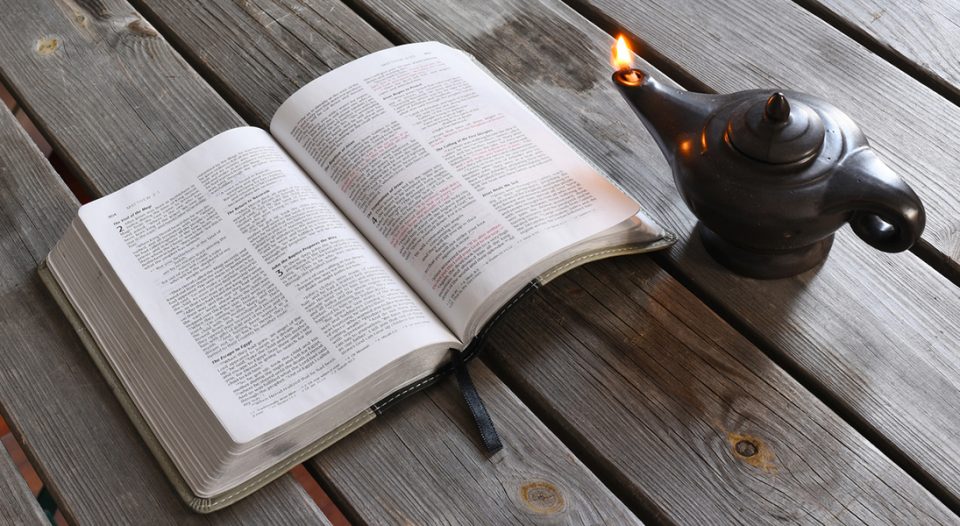 The Christian life burns brightest when one comes to an awareness of how very much God has done for us, and one becomes so grateful that generosity begins to burst forth in one’s life.

Listen again to the words of the Prophet Amos: “Alas for you who desire the day of the Lord! Why do you want the day of the Lord? It is darkness, not light; as if someone fled from a lion and was met by a bear, or went into the house and rested a hand against the wall, and was bitten by a snake” (Amos 5:18-19).

In the cartoon “Dilbert,” the boss says, “I have good news and bad news. The good news is—half of you will be getting a big raise. The bad news is—half of you will be let go.” Everyone sits and stares at him for a minute. Finally, someone says, “It’s the same half isn’t it.” The boss replies, “Yeah, we ran the numbers. We can’t afford the raise.” Each of our Scripture lessons mentions, or at least alludes to, an idea that is usually referred to as either, “The day of the Lord,” or “The coming of the Lord.” And the question is: “Is this coming day of the Lord good news or bad news?”

In Amos, the day of the Lord is pretty much bad news all around, for everybody. This idea, that the day of the Lord would be a bad day, was quite a shock to his hearers. They weren’t prepared for this word of judgment and didn’t accept it. The people Amos was preaching to thought of themselves as pretty good people. They went to temple; they did the required sacrifices; they lived by the Ten Commandments, except when it was inconvenient or seemed a little extreme or something, or got in the way of a good business deal or a good time. And they knew themselves to be God’s “chosen people,” so the day of the Lord would be good news, right? It would be a good day, a day when God would give all those godless other people who aren’t like us a good licking for being, well, not like us.

So, they were unprepared for Amos to tell them that their assumption of their own goodness was a dangerous thing. It’s as if someone ran away from a lion (good news) and was met by a bear (bad news) or ran away from the lion and the bear into the safety of the house (good news), then put his hand on the wall and was bitten by a snake (bad news). Good news becomes bad news, over and over again.

In 1 Thessalonians, the coming of the Lord is seen as good news both for those who are dead and those who are still alive. This is what we’re talking about in the Apostles’ Creed when we profess the belief that Christ will “come again to judge the living and the dead.” And in that judgment, there is implied bad news for those who are “not in Christ.”

In Matthew, the coming of the bridegroom is good news for the bridesmaids who were prepared, who had oil in their lamps and equally bad news for those who were unprepared, not ready, who had no oil. Since we know that the church is the bride of Christ, it’s easy to figure out who the bridegroom is in this story—it’s Jesus. What’s not easy to figure out is who we are. Obviously, we can’t take this story literally, securing our eternal destiny by stocking up on lamp oil, like a bunch of survivalists filling their basements with nonperishable food and machine guns. So, what is the oil? What must we do to be counted amongst those who are prepared when the bridegroom comes?

But, all too often we Lutherans (and a few other folks I’ll wager) fail to recognize that there is more to being a Christian than being justified, more than being declared righteous, more than knowing we are “OK with God, by God!” Sometimes in bending over backwards to avoid legalism, we have fallen over backwards into license and amorality. We seem to have adopted Oscar Wilde’s position that, “God likes to forgive. I like to sin; it’s a nice arrangement.” We have learned too well the truth that “God loves you just the way you are.” We have ignored the equally important truth that, “God loves you too much to let you stay that way.”

So, again, what puts oil in your lamp? What must one do to be ready when Jesus comes again to judge the living and the dead? The key is responding to God’s mercy and generosity with mercy and generosity of our own. The Christian life burns brightest when one comes to an awareness of how very much God has done for us, and one becomes so grateful that generosity begins to burst forth in one’s life. “The oil in our lamp” consists of acts of love for others in response to God’s loving act of sending Jesus the Christ into our lives to save us and fill our lives with hope, joy and purpose.

There is bad news all around us. Wars and rumors of wars, economic struggles and job loss, sickness and death, poverty and hunger; the list goes on and on. The good news is this: God has done something about those problems and needs. God sent Jesus into the world to show us God’s love and to show us God’s way. And God has called a people to deal with those problems, those needs, those bad news things that surround us. God has called us; we are that people; we are good news for a hurting world. We are called to keep our lamps burning with the love of God, to reach out to the world with love on our lips, hope in our hearts and help in our hands.