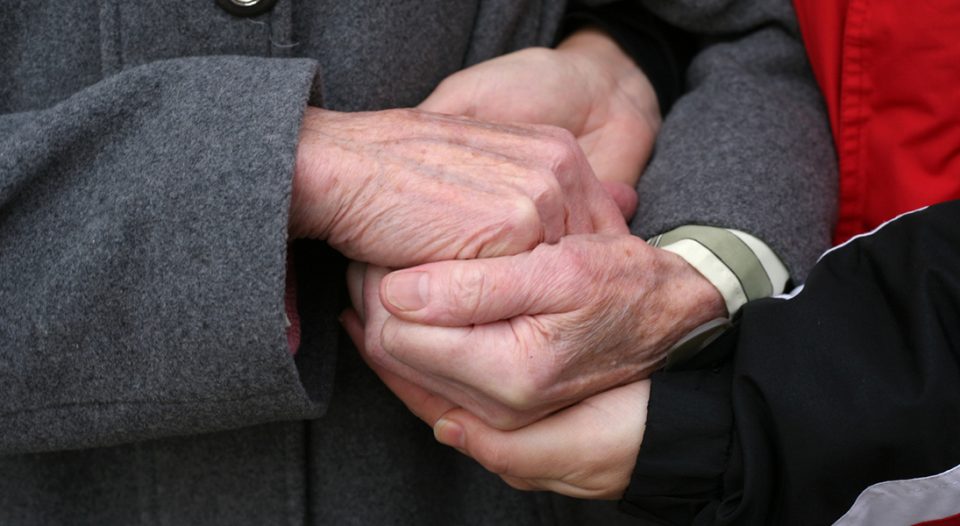 When I was a young teen, my father quit full-time farming and took a job at a textile mill. My older brother, Danny, and I had been well-trained in tobacco farming, and we stayed very busy in the summer working for neighbors, especially our Uncle Andy. Andy made 14-year-old Danny his paymaster, having him keep up with all the workers’ hours, figure their weekly pay, and write the checks, which Andy then signed. After about two weeks, Danny took me into his confidence and told me that Andy was paying one of the other workers more than us. With all the righteous indignation that teen-age boys can muster when they feel they’re being cheated, we fumed for a few weeks and finally we asked Uncle Andy about it.

He looked at us for a minute, with just a hint of disappointment on his weather-beaten face, then he said, “Hello here boys, I don’t pay Willie more because he earns it. I pay Willie more because he needs it.” Then he turned on his heel and walked away. Danny and I sat in the shadow of the barn and looked into the distance where Willie was trudging down the dirt road to his small, dilapidated, four-room tenant house. There he would be greeted by one of his four small children, or his pregnant wife, or his disabled mother sitting in a chair on the porch. He supported all of them by the sweat of his brow and the strength of his back. He was neither a smart man nor an educated one—he was doing the best he could, and his best was not very good. Danny and I looked at each other, hung our heads and never brought up the pay disparity again.

Listen again to a couple of key conversations in this text. First the king thanks the sheep, the righteous. He praises them and rewards them for various acts of kindness to him. They fed him when he was hungry. They gave him water when he was thirsty. They put clothes on his back when he had none. They welcomed him when he was an alien, and they came to see him when he was put in prison. And the sheep say, “Uh, what? When did we do that?” And the king says, “When you did it to the least, you did it to me.” Then he has the same conversation with the goats, the condemned—except this time the people are condemned for their failure to come to the aid of their king. And the response of the accursed is the same bewilderment that the sheep felt, “Uh, what? When did we NOT do that?” And we all know the answer, don’t we? “When you did NOT help the least of these.”

I have long been fascinated by the fact that neither the sheep nor the goats recognized the Lord in the face of the poor. Often we think the meaning of this parable is that we ought to be good to the poor because in so doing we are serving Christ and accumulating credit to cash in on the day of judgment. But a very important part of this story is that those who care for the poor do so because they care about the poor—not because they think of the poor as Christ in disguise or because they think God will reward them for their good deeds. “Lord, when did we feed, clothe, visit, welcome you?” Forgetting about how good we look to others when we are good to the poor, forgetting about how good we look to God when we are kind and charitable, even forgetting about how good we look to ourselves when we act in a non-selfish way—it is in those moments and in that forgetfulness and in that genuinely caring attitude that God in Christ is most active in us.

Uncle Andy was not a social warrior or a political liberal. Although he regularly went to church with his wife, he was not a particularly pious man. He did not pay Willie more because he thought of it as his “Christian duty” nor because he thought of Willie as Jesus in disguise. He did it because he had genuine concern for Willie and his family and was doing what he could to help. That was it. That was all. And, according to this parable, that was enough.

Christ also calls upon us to care for the poor, for the stranger in our midst, for those who hunger and thirst for food and water and those who hunger and thirst for goodness and righteousness. Not because they are Christ and, if we are good to them, God will be good to us. It is because God in Christ has already welcomed us into the community of the faithful. God in Christ feeds us at the holy table, clothes us in righteousness and love, heals us when we are sick and stands beside us in the prison of our sins and sorrows. God gave us all this, not because we earned it but because we needed it. And we turn to the world and open our arms and share with them what we have been given.