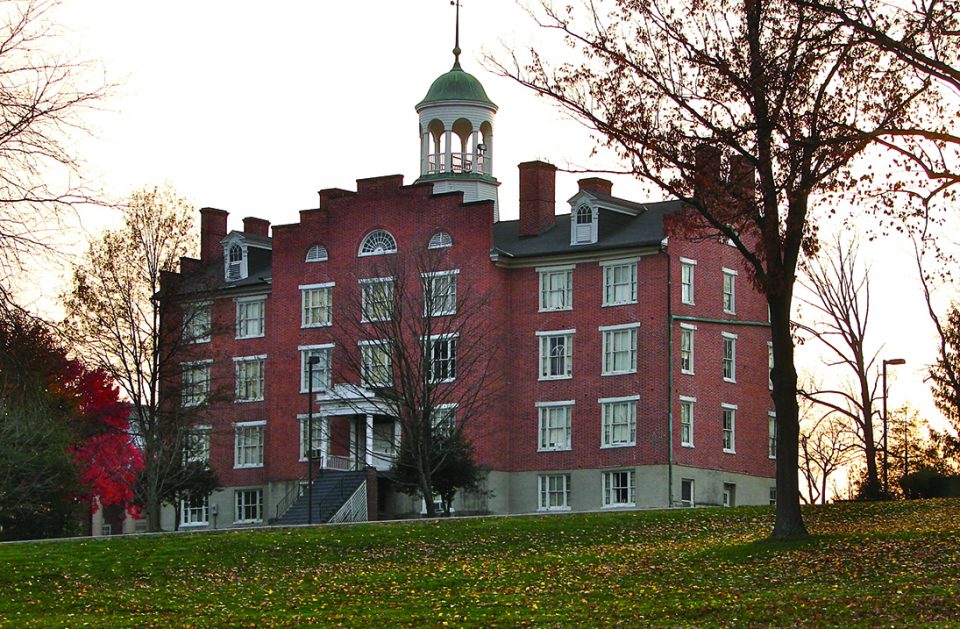 Editor’s note: President Emeritus Michael Cooper-White served the Lutheran Theological Seminary at Gettysburg for 17 years, one of the longest seminary presidential tenures in the past 50 years. In 2017, the seminary and the Lutheran Theological Seminary at Philadelphia became United Lutheran Seminary. Today Cooper-White splits his time at his house in rural Adams County, Pa., and with his wife, Pamela Cooper-White, who lives and works in Manhattan. Martin Zimmann met with Michael for a cup of coffee and some retrospection on his tenure as president of an ELCA seminary and on what lies ahead.

Zimmann: What kept you at Gettysburg Seminary for so many years?

Cooper-White: I suppose some would say I could never get another job! More than anything else, the fact my tenure lasted three times the current average among U.S. seminary presidencies is a tribute to those who surrounded me. I was blessed with strong boards who supported me when the going got rough. And at Gettysburg, we built one of the finest administrative teams that I’ve seen in the world of higher education. I recruited outstanding colleagues and tried to stay out of their way. The faculty, led in succession by three wonderful deans, was willing to experiment with innovative approaches. Every year brought a new cadre of students whose commitment always inspired me.

In most instances, one’s most effective ministry occurs after you’ve been in a place for five to 10 years. I still see too many parishes and other ministries failing to develop sustained momentum when they are forced to call a new leader every three to five years. Another inspiration for me were my dairy farmer parents. No matter how he felt in the morning, my dad got up early every day and headed down to the barn. So, for 17 years at the seminary, I just kept trying to do my chores!

Zimmann: There is a lot to be said for this mentality. Someone has to make sure the cows get fed and milked. With this in mind, what are your primary concerns about the challenges facing ELCA seminaries today?

Cooper-White: ELCA-affiliated colleges and seminaries face daunting fiscal and enrollment challenges and all this in an era with a projected shortage of clergy that we haven’t seen in our lifetimes. As is true for congregations, hunkering down and turning inward focused on institutional survival is a constant temptation. But I’m encouraged that each of our ELCA schools has been able to make quite dramatic changes in the past several years. The fact that United—a school formed by the two seminaries steeped in East Coast Lutheranism—called as its first president a female full communion partner pastor bodes well for our whole church in this age of growing ecumenism and interfaith partnerships. [Note: Dr. Theresa Latini is ordained in the Presbyterian Church (U.S.A.)]

Zimmann: I can say that in my work with alumni, most are very happy with the idea of having an ecumenical partner in the president’s office. It reflects a “bigger table” theology of God’s creation. Latini will face a different set of challenges as United Lutheran Seminary moves forward, but you faced other challenges in closing the oldest Lutheran seminary in North America. What was that like?

Cooper-White: For me, it was in acknowledging that we live in an era which has required downsizing of faculties almost everywhere. People in my position have been forced to dash the dreams of currently serving and aspiring scholar-teachers. Having to tell a faithful servant who still feels called to her/his position, “You need to move on from here,” was the hardest part of the job. We’ve also lost incredibly gifted and committed administrators, and all these folks make personal sacrifices to serve at salaries far below what’s offered in most other arenas.

Zimmann: How are you spending retirement?

Cooper-White: I’m open to surprises! You mention the word “retirement,” though I resonate more with the idea of “re-fire-ment.” I look forward to spending more time with family. I will be spending more time with my aviation avocation. I’ve been appointed by the Federal Aviation Agency as a member of the elite FAA Safety Team, and it will be a privilege to offer seminars and counsel fellow aviators as I do more flight instructing.

My professional experience, especially my work with the unification process of the two seminaries, may be of some value to others. I am working with a small group of family members and other colleagues to offer consulting through what we’re calling “The Gettysburg Group.” Beyond that, we’ll see where the Spirit leads in the days and years ahead.

Zimmann: Say more about the formation of United Lutheran Seminary and your role in it.

Cooper-White: I’m kind of a numbers geek, and the trends of lower enrollments, financial deficits, waning church support and unsustainable debt being borne by graduates loomed on the near horizon as threats to all our schools. While Gettysburg remained in the strongest fiscal position, I knew that we too had to find new pathways to long-term sustainability. So those realities were pushing our board and me harder and harder, as was also the case at Philadelphia and for most seminaries.

The pull of a new vision finally tipped the scales as David Lose (president of the Lutheran Theological Seminary at Philadelphia) and I began to “imagine a seminary like that!” United Lutheran Seminary can offer full scholarships to all full-time students. It can field a diverse faculty and staff on two campuses that embrace the breadth of U.S. demographics. With better stewardship of both sites and reduced staffing, the consolidation results in an annual savings of $3 million. David and I sensed the time was right to propose this bold move, and our boards gave a green light to see how far things could develop.

Zimmann: What is your advice for former colleagues and students in the days ahead? Any other words you’d like to share as you begin this next chapter in your life?

Cooper-White: As for advice, I’ve always resonated with St. Augustine’s, “Love God and do what you want!” The final word is “Thanks!” Thanks be to God for the incredible privileges afforded me. Thanks to all in the seminary community and broader arenas who have so blessed my life these past years!