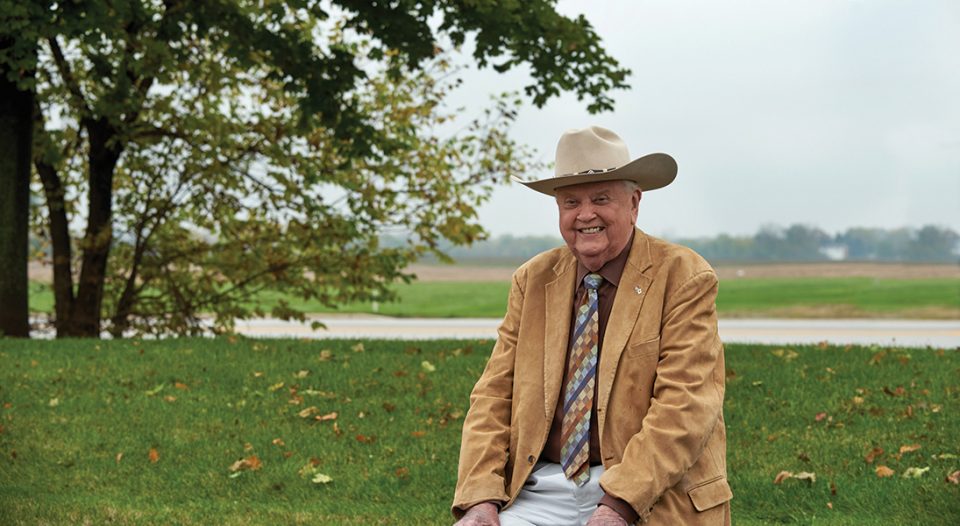 “I’m a Lutheran” is a monthly profile featuring ELCA members around the country. The profiles showcase ELCA members in all their diversity, connecting one another through individual faith stories as Lutherans. Sentence prompts are provided to each person featured. If you’d like to nominate someone for “I’m a Lutheran,” email megan.brandsrud@elca.org.

I pray for health for my family; peace and understanding in the world; and the wisdom to listen when I should and try to understand the opinions of other people.

One of my most memorable moments as a broadcaster was being the only person in the studio and on the air at WGN the day President John Kennedy was shot in Dallas. We only had Associated Press teletype as a news source, no internet and it was the longest 35 minutes I have ever experienced on the air.

Growing up on a dairy farm in Wisconsin shaped my life by teaching me the value of work, honesty; and learning that for anything that’s worth doing, do it right or don’t do it.

Before going to radio school, I considered becoming a Lutheran pastor when my pastor in Appleton, Wis., in 1955 urged me to go into ministry because of my speaking ability. But my college education lasted only three weeks because I was needed on the farm and money just wasn’t available. So when I looked at the years of school I’d have to complete [for ministry], I said, no, but that I would try to be the best layman I could.

My favorite church memory is … you will love this … the noon dinners prepared by the Brush Creek Lutheran Church Ladies’ Aid in Cashton, Wis., once a month after the morning church service.

Being inducted into the National Radio Hall of Fame in 2003 was one of the most exciting events in my broadcasting career, made extra-special because my friend (radio broadcaster) Paul Harvey did my induction.

My favorite Bible story is the Christmas story, especially because I have read it at our Christmas Eve service for the past 25 years.

Having reported agricultural news and information since 1960, I have been constantly challenged to explain to my city listeners why farmers use the technology they do to be able to produce food for a growing world population, and their sincere concern for caring for their animals and the environment.

My interviews with nine U.S. presidents are some of the many memorable moments of my career. The first president I interviewed was Dwight D. Eisenhower and then, before he was elected, John F. Kennedy; Lyndon Johnson; Richard Nixon; Gerald Ford; Ronald Reagan; George H.W. Bush; George W. Bush; and, finally, when he was 20 years out of the Oval Office, Harry S. Truman.

When I wrote my book four years ago, I titled it You Can’t Dream Big Enough to inspire young people because I could never have imagined, while sitting on a three-legged stool milking cows in a Wisconsin dairy barn on a cold January morning, I would be able to do what I’ve done.

I think agriculture connects to faith because it’s a God-given miracle—putting a tiny seed in the ground in the spring, caring for it with God’s soil, sunshine and rain, and, three months later, harvesting food. It’s a miracle every year!

I share my faith by being the best layman I can be, listening to Pastor Mark (Boster)’s sermons and trying to carry his message throughout the week. And for 40 years on my weekly national TV show, I saluted a church every week during our country church salute segment.

I’m a Lutheran because I was baptized and confirmed into the faith at Brush Creek, which is still part of a four-point parish with 60 members. As I grew into adulthood, there was never anything that changed my mind that I’d be anything other than a strong Lutheran in my faith.

My favorite thing to listen to on the radio is sports.

I struggle with having to turn people down when they ask me to be at an event where I could be of help in fundraising for a church or charity and I’m already booked.

People are surprised that I don’t care for vegetables. My favorite vegetable is pork & beans (going back to the Ladies’ Aid dinners).

I believe when one door closes another one opens, and God invites me to step through it.