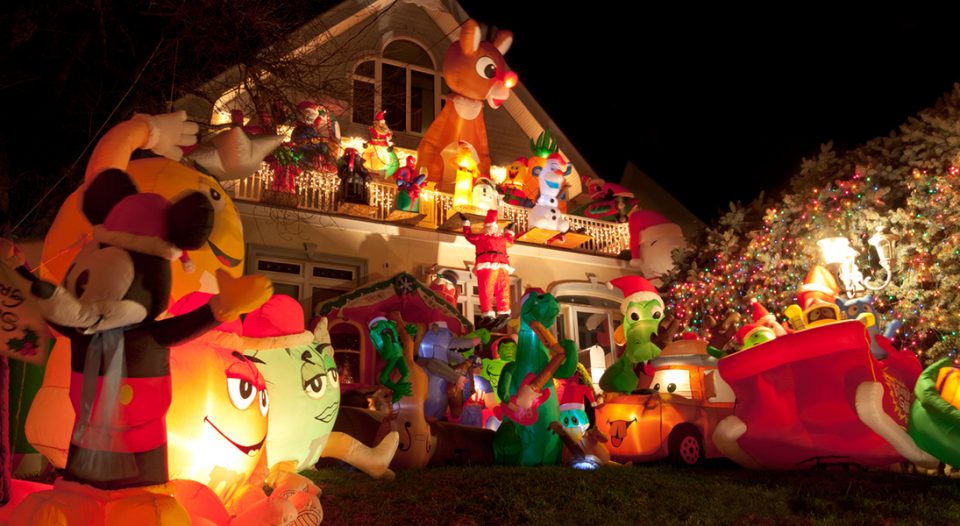 All of us can get so caught up in the whirl of “the holiday season” that we forget why we are celebrating, why Christ came, and why that makes us joyful.

The first focus of the so-called “war on Christmas” was the use of public property for religious displays. In thousands of mostly small towns across the United States, public property had long been used for nativity scenes. In some places in recent years, menorahs have been added to celebrate Hanukah. For many years, no one publicly objected to these displays. They seemed to go with Christmas trees and colored lights on utility poles and other decorations clustered in the business district—a typically U.S. combination of piety and commerce.

But then, people began to sue on the basis of the separation of church and state. No longer was freedom of religion enough, some people were demanding freedom from religion. In what became known as the “reindeer clause,” the U.S. Supreme Court ruled that such displays could continue if they primarily focused on the secular holiday of Christmas by including such non-religious “seasonal” symbols as Frosty the snowman, the Grinch, elves and Santa’s workshop, and, of course, Rudolph and the rest of the reindeer. One year I found myself staring at such a display with its many bright lights and moving parts and a huge sign that read “Season’s Greetings” in blinking red and green lights. It was simply overwhelming. I looked, and looked, and looked for a nativity scene. I finally found one, tucked in beneath a model ski slope.

As I stood there staring at it, a semi-religious friend of mine walked up and said. “It’s almost perfect, isn’t it?” Startled, I turned to him with my mouth open. He looked at me and grinned,

“I mean, as a bit of garish art it does show where we are—the gentle and warm light of Christ has been overwhelmed and obscured by the garish light of our sentimentality and greed.” I started to argue with him but then I realized I could not; he was most certainly right.

“There was a man sent from God, whose name was John. He came as a witness to the light, so that all might believe through him. He himself was not the light, but he came to testify to the light” (John 1:6-8).

Before pointing fingers at others, it is important for us to realize that all of us can get so caught up in the whirl of “the holiday season” that we forget why we are celebrating, why Christ came, and why that makes us joyful.

We are all capable of allowing the bright lights of advertising and consuming blind our eyes to the light of God’s love in Christ. Without care, we too will keep pushing the creche in our hearts aside, tucking it out of the way to make room for more exciting decorations there.

If we are not careful we might forget that the point of having a manger scene is to awaken in us a sense of wonder at the miracle of the creator of the universe, the Lord God Almighty, becoming a tiny, helpless baby in order to come to us where we are because we are unable to go to where God is.

If we do not watch ourselves carefully, we could ignore the fact that all the gift-buying and gift-giving and gift-getting serve to remind us that God has already given to us the greatest gift of all, the gift of God’s self, the gift of the Christ.

We might forget that our annual Christmas dinner is not only a time of family togetherness, it is also a feast of celebration, a festival to celebrate the presence of Emmanuel, “God with-us” in our lives.

We might overlook the reality that the purpose of Christmas lights is not to outshine and obscure the reason for the season but rather to point us to the one true light who is coming into the world.

In many services of baptism, a candle is lit and these or similar words are spoken to the newly baptized person, “Let your light so shine before others that they may see your good works and glorify your Father in heaven” (Evangelical Lutheran Worship, p. 231).

Lectionary blog: Is this the end?