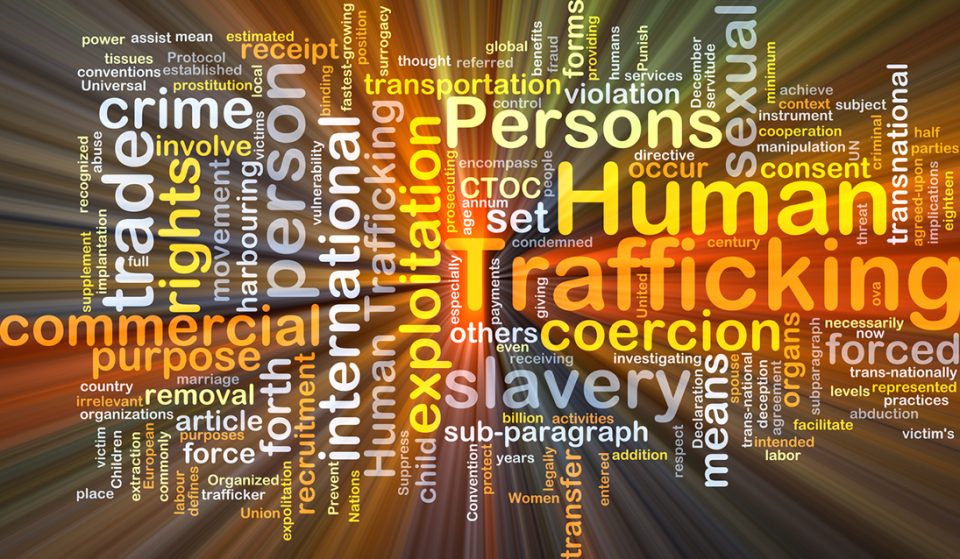 As senior administrator of the New Life Center Foundation (NLCF), Jennifer Pedzinski’s work involves shedding light on the realities of human trafficking. In doing so, she regularly encounters two misconceptions: human trafficking is all about sex and the major issue is parents who sell their children.

“While both of those things are still part of trafficking in the world, the issue is much more than that,” said Pedzinski, a Baptist pastor.

The U.S. State Department defines “trafficking in persons” as “modern slavery.” This can include sex trafficking, involuntary servitude, debt bondage and forced labor.

NLCF is based in Chiang Mai, Thailand, an area the State Department identifies as a high risk for human trafficking. While forced prostitution remains a major problem, labor trafficking is becoming more prevalent, Pedzinski said.

Most at risk are those who are undereducated, impoverished and lacking in professional job skills. “To find work, young and old, male and female alike are migrating out of impoverished, rural areas with little or no education to more developed areas and countries,” she said. “They are recruited and offered a job. Because of a range of factors—statelessness, illegal migration and force, threat or coercion—they end up in situations of exploitation.”

The root of the issue

Much of the problem lies in human traffickers who prey upon those seeking better lives, said Franklin Ishida, ELCA director for Asia and the Pacific.

“It is often an economic issue in which people are seeking better incomes and hence get trapped,” he said. For example, a growing number of people are pressed into forced labor on fishing vessels. Ishida has witnessed this while visiting the Lutheran Church in Singapore’s maritime ministry.

“Workers are stuck for months on end in the open seas,” he said. “At issue is that some of the fish we consume in the United States comes from that … and it’s difficult to track all this,” which makes human trafficking difficult to combat.

“How do we respond as a church to the whole issue?” Ishida asked. “In the Asian context, churches tend to focus on spiritual things; in the past, they dealt less with political, social or economic issues. That is changing.”

NLCF receives funding from ELCA World Hunger and is among the many ministries and institutions the denomination works with to combat human trafficking. The center works exclusively with young, ethnic-minority women from the Mekong subregion—Thailand, Myanmar, China and Laos—who are at risk for or are victims of human trafficking or sexual abuse.

“Many of us are aware of rescue and aftercare services, but part of eradicating modern slavery is addressing the issues that feed into the problem,” Pedzinski said.

“How do we respond as a church to the whole issue? In the Asian context, churches tend to focus on spiritual things; in the past, they dealt less with political, social or economic issues. That is changing.” — Franklin Ishida

The Church of Christ in Thailand (CCT), an ELCA companion, also supports activities to raise awareness. In September its Office of Ecumenical Relations and the ELCA convened a consultation called “Countering Human Trafficking with Human Dignity in Asia Today” in Bangkok, Thailand. The event drew 59 people from Lutheran churches in Southeast Asia and the U.S.; Catholic churches, groups and charities; the Evangelical Fellowship of Thailand; the Foundation of the Seventh-Day Adventist Churches of Thailand; and nongovernmental organizations.

Attendees issued a statement titled “Mission of the Church to Prevent and Address Human Trafficking.” The document named trafficking as a “global, borderless crime against humanity that is prevailing inevitably in all societies.”

The document also acknowledged the millions of people worldwide subjected to human trafficking in factories, agribusinesses, home services, sexual trades and other businesses.

What individuals, congregations can do

January is Human Trafficking Awareness Month. The International Labor Organization estimates that 21 million people worldwide are victims of some type of forced labor. That and human trafficking’s estimated $32 billion-per-year income makes it the world’s third largest crime industry, behind drugs and firearms.

To help raise awareness, the ELCA has a social message titled “Commercial Sexual Exploitation.” Women of the ELCA also has offered educational exhibits on trafficking at its gatherings and has a resource titled “Understanding and responding to human trafficking.”

Pedzinski also suggested seeking out reputable, transparent ministries with which to partner. Cherish All Children, for example, is an ELCA-affiliated ministry that fights human trafficking in the United States. And ELCA World Hunger financially supports NLCF’s work.

“Do prevention work of your own, in your own community,” she added. “Reduce risk right where you are by intentionally showing love and attention to the most vulnerable people [you know].”