Anne L. Heisig, 26, is  studying Lutheran theology at the University of Halle-Wittenberg, Germany. She spent one year studying at the former Lutheran Theological Seminary at Philadelphia. Together with her classmate Sarah Schafmeister, 30, with whom she is also working in her Lutheran congregation, she wrote this article to give an insight into her and many of her fellow student’s perception of the state of the church in Germany in the Reformation year 2017. 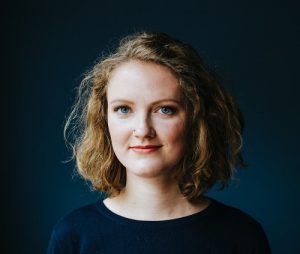 Anne L. Heisig is a Germany theology student studying at University of Halle-Wittenberg, Germany. She previously spent one year studying at the former Lutheran Theological Seminary at Philadelphia.

I’m sitting at the kitchen table, having breakfast on a misty October morning in Leipzig, Germany, 2017. About 500 years ago, not too far from here, Martin Luther released his 95 theses to – well, to do what? To initiate a discussion about the thriving sale of indulgences within the church? To start a “reformation” within the Catholic Church? To free the people? To make them more pious?

However big the differences in people’s opinions are on this question, I’m pretty sure of one thing: That day in October, Luther did not intend to be displayed on the little cardboard basket of tomatoes in front of me, his serious face shown above a big pile of red tomatoes. “Luther Tomatoes” it says in white capital letters, as if further explanation could make this highly strange combination seem less strange. I’m leaving this peculiar still life on my kitchen table to board a train to my university in Halle, which is called Martin Luther University.

Minutes later I’m on the train, letting the eastern German landscape with its smooth green hills and trees behind the misted windows pass by. My eyes wander around only to be caught by the huge advertisement poster right across from me. The Deutsche Bahn (German Railway) is promoting a “Luther ticket” for travel to the places of the Reformation for reduced prices. I close my eyes and try to get some sleep.

Doing some grocery shopping on my way back from the train station, I bump into a big pile of Luther rubber ducks. Anyone who is busy with the Reformation anniversary preparations this year does not want to have this object of horror drift around them in the place they seek some relaxation – in their bathtubs.

This is living in eastern Germany in 2017, the year of the 500th Reformation anniversary. Luther is everywhere: on the bestseller list, on TV, in a musical production, on our groceries. We are surrounded by him. And yet, despite his permanent presence, at the end of the day we are left with that vague feeling that he is everywhere, yet nowhere. Why is that? I have asked myself and discussed with same-aged classmates, many of them being prospective pastors. What is going wrong? Here are some thoughts and observations.

The church in Germany

Let’s start with the impression that the church is overestimating its significance in the former East Germany. This can be proved easily by looking at some numbers. The highlight of the year of the Reformation anniversary in Germany was an event in May called Kirchentage (Church Days). This event usually takes place every other year in one chosen German city. In 2017, because of the anniversary, it took place in eight Reformation-related cities, lasting four days. Workshops, lectures, discussions and services were held in public places all over the cities. Unfortunately, the number of visitors was much smaller than expected. Accordingly, the ticket revenue did not compensate for the expenses. Instead of a balanced budget, the costs exploded. Even though the state supported the event financially, the deficit was huge.

Besides the question of who will cover the deficit, the search for the reasons for low turnout began. There are different reasons given, but I and many others think that the problem was that the social and economic context of the eight cities was not sufficiently considered. They are all in the former Soviet part of Germany, the so-called “most atheist part of the world.” Due to more than 40 years of Soviet reign and the discrimination against religious communities, today Christians are between 14 percent and 30 percent of the population. Among the Christians in eastern Germany, Protestant Christians are the majority at 9 percent to 22 percent. In other words, 68 percent to 85 percent of the population is not affiliated with any institutional religion. A minority of church members actually goes to church. Most people simply have not been socialized within a congregation, nor have their parents or grandparents. This is a significant difference from the situation in former West Germany. There, the majority of the population is either Protestant or Catholic. Only a minority is without any affiliation.

When planning an event like the Kirchentage, this fact cannot be ignored. Most people in eastern Germany are “religiously illiterate” and do not see why church should be relevant to them. They are doing very well without it. The church does not seem to understand this after having been an unquestioned part of society for more than a thousand years. Most pastors and congregations might. But the Reformation event was planned by a marketing agency that did not consider people’s lack of interest in religious matters. Given  the low interest and the high ticket prices for the Kirchentage event, it is not surprising that people stayed  away, especially in rural areas with higher unemployment and a weaker economy. 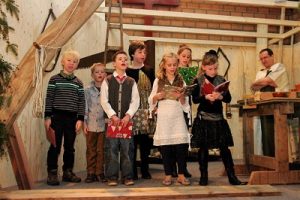 Of course, the church in this region is conscious about its decreasing significance. And it does try to make itself relevant, especially to young people who are the prospective members. But in trying to make itself relevant, I think the church often uses the wrong means. Instead of asking “What do young people need?” it asks “What do young people want?” That does not mean that the youth are not supposed to have fun in church. But they can get fun elsewhere and much more of it. They get much better music, much better food, much cooler friends outside the church. I recently saw a poster announcing a Reformation-related youth event, titled “You are free.” That sure sounds cool and catchy, but if the creators of that title knew how hard it is for a young person to feel free and have multiple choices, they probably would have thought twice.

I get the point of translating the gospel into a youth-friendly message. But, too often this translation is failing because the youth are not being heard. The message is getting lost in empty phrases and ideas copied from already outdated secular trends. One of the best examples is the so-called Blessing Robot “BlessU-2” (note that its name is in English to make it catchier). This human-sized metal pastor’s substitute was invented for the anniversary and placed in Wittenberg. You just push a button and receive your blessing from the robot.

This to me is a perfect image of what is wrong. The robot is the product of a very questionable theology and the superficial assumption that young people are drawn toward anything that has a monitor. It is ridiculous and sad. Doesn’t the church have more to offer, things that can’t be offered by anyone or anything else? Things that young people really need, like a break from the fast world they live in, a place that is real, that is human in a world of multiple virtual realities, a place that offers calm, a place where they can be themselves no matter what the current trend is. I believe the church can offer all of this if it remembers its uniqueness and its strength – if it asks itself not how to be modern but how to be relevant.