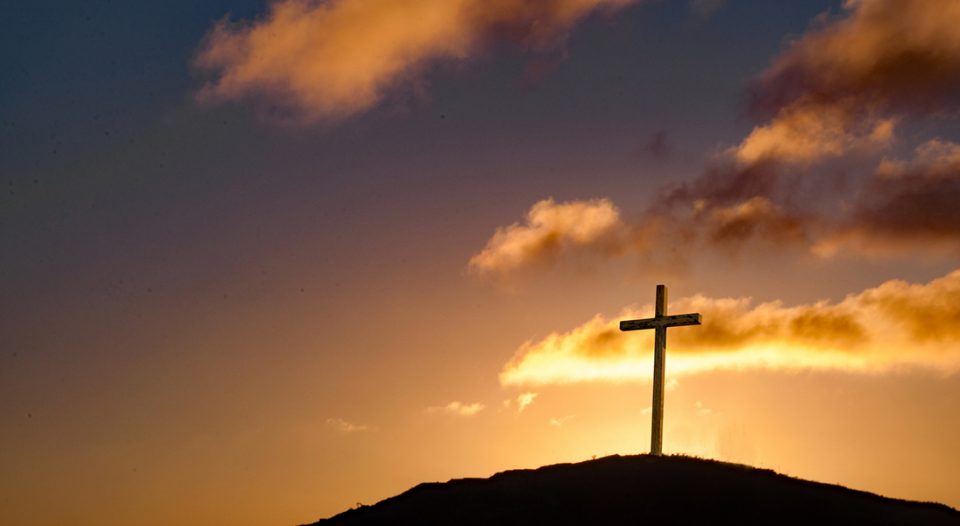 In the community where I grew up there was one thing all the churches agreed upon – John 3:16 was the most important verse in the Bible. Whatever differences the Methodist, Baptists, Presbyterians and Pentecostals had about baptism, or sacraments, or speaking in tongues, or educated preachers or a number of other things, people agreed with one basic theological idea, “You’re a mess. The world is a mess. God loves you. Accept Jesus and you’ll be OK. If enough people accept Jesus, the world will be OK.” It’s no wonder that everybody knew John 3:16 by heart. It seemed to summarize a straight-forward, very American, individualistic approach to everything including religion. “Whosoever believeth on him … .” Nothing could be plainer, right? “God loves you. God sent his Son to save you,. You choose to believe, and you will be saved. If you don’t, you won’t.” A rather stark, personal choice between heaven and hell.

Well, not exactly. There are several problems with that approach to this text. The first is what a Methodist preacher friend, Charles Nicholson, called, “taking a text out of context and making a pretext out of it.” That is, using a text to prop up a preconceived idea. If we think that Christianity is really an individual thing, all about “me and Jesus,” then that is what we will see in this text. But notice, John does not say, “For God so loved Willie, or Tonya or Delmer.” Nor does it say, “For God so loved the nation of Israel, or people who do what God says.” No. It says, “For God so loved the world.” The cosmos, the universe, the creation, everything and everybody. This is not an individual, one-by-one rescue mission. This is a revolution, an action that turns the world around and points it in a new direction.

Further, it leaves out the very important verse 17 that follows: “Indeed, God did not send the Son into the world to condemn the world, but in order that the world might be saved through him.”

I heard John 3:16 preached many times in my youth and several times since. Seldom did I hear it without a major dose of condemnation, reminiscent of Jonathan Edwards’ famous sermon “Sinners in the Hands of an Angry God.” Somehow, they missed this part about God not condemning us. Or, if they heard it, it segued into talking about something we had to do in order to “get saved.”

The second problem with the “accept Jesus” interpretation of John 3:16 is that it assumes “believe” means something cognitive and logical, like “I believe 2 + 2 = 4,” or “I believe that H2O is the chemical symbol for water.” In this text, “to believe in” is more like “to trust” or “to rely upon” than it is “to understand the facts about.” It is a relational term, akin to “I believe in my spouse,” or “I believe in (I trust) my country.”

Mr. McBeevee is one of my favorite episodes of The Andy Griffith Show. (Modern viewers will have to suspend judgment about smoking, little boys alone in the woods, and talking to and accepting gifts from strangers.) Little Opie is playing in the woods, and he strikes up a friendship with a power company lineman working among the trees. Mr. McBeevee is a jovial sort, who makes smoke come out of his ears, jangles because of his tool belt, and climbs up and down to work on the lines. He entertains Opie with a few simple tricks, gives him a hatchet, and then climbs back up the pole.

When Opie’s father asks where he got the hatchet, he tells the truth. “Mr. McBeevee gave it to me.” He then proceeds to tell all about the man who walks in trees, jangles when he walks, and blows smoke out of his ears. Much discussion and melodrama ensue, in which the adults try to decide if Opie should be forced to tell the truth or be allowed to continue in his fantasy with his imaginary friend. There is a solemn tear-jerking scene between Andy and Opie in which Opie cries, “Don’t you believe me Pa?” and Andy looks at him and says, “Yes, I believe you son.” Later, Barney complains, “You don’t actually believe in this Mr. McBeevee, do you?” and Andy says, “No, no I don’t. But I do believe in my son. I believe in Opie.”

All too often, we turn this belief, this trust, this reliance into an “if/then” proposition. We say, “If you obey God, then God will love you.” “If you give tithes and offerings, then God will bless you.” “If you accept Jesus, then God will save you.” That’s backwards. The story of God contained in the Bible, from Genesis to Revelation, is that God has acted first to save us, and afterwards we respond to having been saved. It’s a “because/therefore” equation. “For God so loved the world, God sent his Son … .” Because God so loved the world. Because God sent his Son. Because that Son died upon the cross. Because God raised Jesus on the third day. Because of all this, we have already been saved.

Because God so loved the world. Because God sent his Son. Because that Son died upon the cross. Because God raised Jesus on the third day. Because of all this, we have already been saved.

As Ephesians 2:8 says, “For by grace you have been saved through faith, and it is not your own doing; it is the gift of God.” Therefore, as a response to this gift, we believe on, rely upon, trust, have faith in Jesus. We respond to God with faith and action of our own, being made alive in Christ, trusting Christ’s love and presence in our lives: “created in Christ Jesus for good works, which God prepared for us beforehand to be our way of life” (Ephesians 2:10). God acts first; we respond with love and action.

Living in the rural South, I am occasionally asked, “Brother, are you saved?” When I say “yes,” they usually want to know when. A few years ago, a friend told me what I think is the perfect answer to the “when” question: “2000 years ago on a garbage heap outside Jerusalem. But I only found out about it a few years back.” We are God’s beloved children, and we were saved long ago. We are invited this day to trust that salvation anew and live each day in the hope and security of that love.