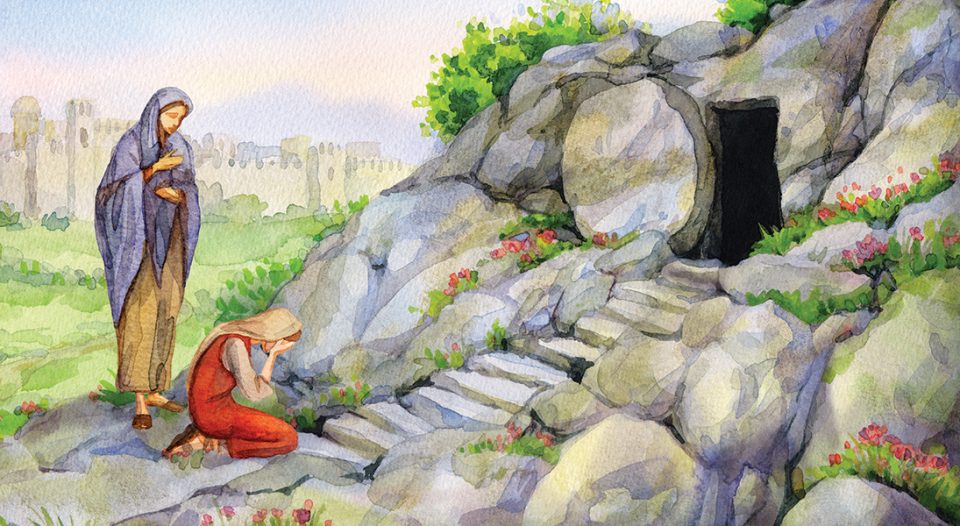 God entrusted the most important news ever to women.

Two thousand years before the #metoo movement and the proliferation of high-profile women courageously offering testimonies that chill the soul like Good Friday, ordinary women stood at the empty tomb of Jesus and became the first to learn of Easter. Mark reports that “terror and amazement had seized them, and they said nothing to anyone, for they were afraid” (16:8). Understandably! John writes that Mary Magdalene saw the risen Jesus and then told the other disciples. Church history has since celebrated her as “the apostle to the apostles.” However that Sunday morning unfolded, the Gospel writers agree: the astonishing good news of the resurrection is delivered to us by women.

In the first century, there would be no reason to invent this detail. The testimony of women wasn’t admissible in court and didn’t hold legal credibility. The Easter news is already unbelievable enough. Wouldn’t it make sense for early evangelists to prop up credibility rather than compromise it further?

Of course it would, but God isn’t about making sense. God is making all things new. Resurrection isn’t some minor tweak. It’s upheaval, revolution, a completely fresh start. As Paul phrased it, resurrection is “a new creation: everything old has passed away; see, everything has become new” (2 Corinthians 5:17). Now death buckles to life. Now vengeance and violence are outmuscled by forgiveness and peace. Now judgment is replaced by mind-blowing grace. The implications of Easter radiate in every direction with a depth and a reach we can’t imagine.

Who better to announce this than a woman? What better way to say that the crucified Christ is alive than in a voice raised from imposed silence? What better way to spread news of the resurrection than by instilling the power of holy truth to someone long-rendered powerless by the world?

Easter places heavy, beautiful, incredible, eternal hope on the lips of terrified women. Together with so many brave others after them, they raise their voices. Following their leader and Lord before them, they rise to the occasion.