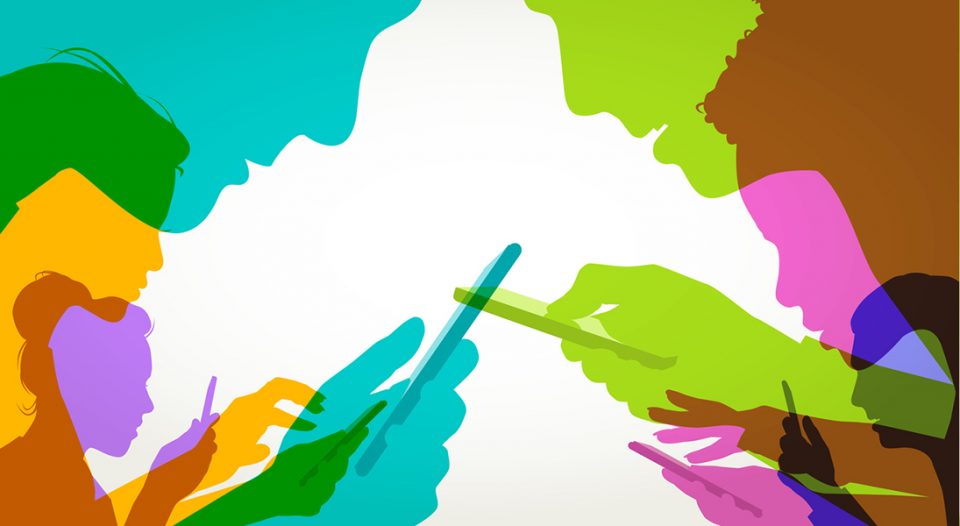 There is a website that, at first glance, appears to be working for good. But delve a little deeper into it, and you’ll quickly find evidence to the contrary. On display is human sin: hatefulness and harassment directed at individuals or groups online, known as cyberbullying.

Which site am I referencing? Well, it could be any, including and especially any form of social media, but I’ll leave that to your imagination.

Cyberbullying is common: the Pew Research Center reports that 4 out of 10 people have been victims of online harassment, and almost 70 percent have witnessed some form of online aggravation. Most alarmingly, evidence indicates young women are more likely than any other demographic to be targets of cyberbullying, often in the form of sexual harassment or other prejudicial expressions.

When the computer or smartphone creates an imaginary barrier between people, it’s much easier to lose one’s inhibition and give way to anger and spite. We’ve all seen it—the seemingly harmless Facebook post that causes a spiral of aggressive commentary. (Hint: “Winning” an argument on social media at the expense of another’s well-being or reputation isn’t worth it.)

I wish I could say the church is immune to this behavior, but scrolling through the comments of many lay and clergy groups, sites and threads reveals that we can hate as well as any “none” (unchurched).

There is a better way for us to coexist online, and our faith can guide us there.

Hint: “Winning” an argument on social media at the expense of another’s well-being or reputation isn’t worth it.

The rise of personal technology in tandem with ubiquitous social media is causing an adolescent world of isolation, depression and dramatically increased risk of suicide, wrote psychologist Jean Twenge in “Have Smartphones Destroyed a Generation?” (The Atlantic, September 2017). Twenge shows the correlation between levels of screen time and the likelihood of depression and anxiety. The culprit? Cyberbullying. This isn’t the backyard bullying that many of us suffered as kids—it’s more invasive and dangerous.

My daughter is a high school freshman. Like the majority of her generation, she’s consumed with social media. Sometimes when she’s moody, we talk about how the online world is affecting her capacity for joy. I think she gets it. Nevertheless, she shows much of the same anxiety Twenge identifies.

Adolescence is its own crucible, and the added anxiety of social media’s demands only makes it worse. If our kids’ self-worth is based solely on their Snapchat streaks, the church is failing them. They are baptized children and priceless treasures to the God who created them. As ELCA members we should be doing our utmost to make sure that youth are feeling loved and celebrated. According to the Centers for Disease Control and Prevention, suicide among teens and young adults has nearly tripled since the 1940s. I pray our congregations address this issue before they are forced to bury a precious person whose life was cut short.

The toxic reality of social media in our time is a metaphor for the larger soul-sickness that is pervasive in our culture. Christians should know better, but we aren’t immune to it. Cyberbullying has no respect for one’s faith narratives. In fact, online harassment is considered to be a crucial factor in the decline of American religious adherents, according to a 2016 article in Psychology Today by sociology professor Phil Zuckerman. Not only is this atmosphere of hate harming our children and ourselves, but it is attempting to dismantle the koinonia of saints and sinners who gather under the banner of God’s love.

To paraphrase this in postmodern language: We need to become self-aware to the level where we can love people through their challenges without judgment or sharing criticism. Our task as Christians is to humble the self and exalt the other, which stands in direct contradiction to the cutting sarcasm in the digital realm.

Many ELCA congregations have effective social media policies that protect the innocent from being exploited, but we can be more proactive by adopting a system of best practices for our personal online behavior. Moreover, we should encourage our youth groups—and adults as well—to take a pledge to confront online bullies and stand up for the victims of any form of harassment.

The apostle Paul was no stranger to controversy. At times he even found himself at odds with other church members. But he does end most of his letters with words that would be fitting to start any congregation’s policy on life together in real time and cyberspace: “Finally, brothers and sisters, farewell. Put things in order, listen to my appeal, agree with one another, live in peace; and the God of love and peace will be with you” (2 Corinthians 13:11).

We must engage with our congregations, synods, youth groups—joining with any expression of Christian community is the perfect means by which the light of Christ can banish the darkness of online hatred.