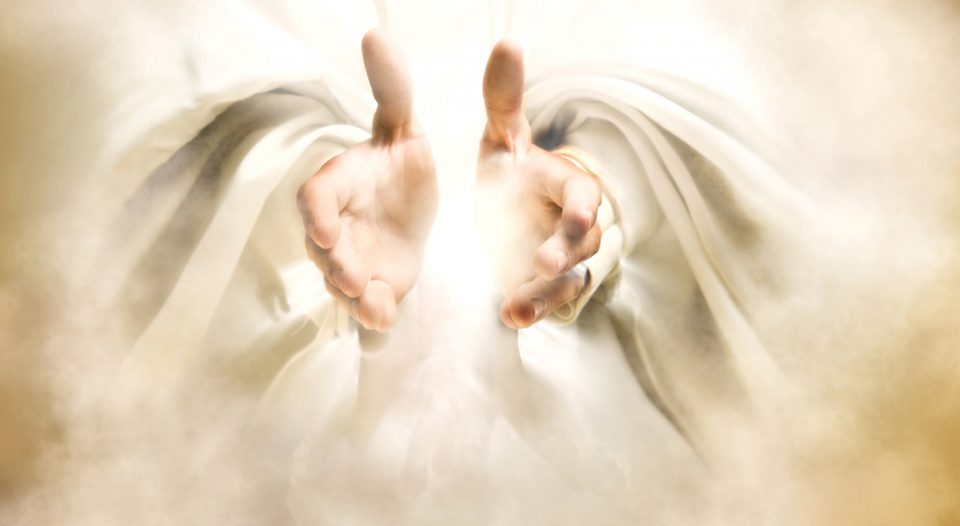 Often, we think of a weight as a bad thing, not a good thing. “He looked like he was carrying the weight of the world on his shoulders.” “The problem of her mother’s health was beginning to weigh on her.” And glory has a lighter than air, wispiness about it. “It was wonderful; it was glorious. I was floating on air; I was on cloud nine.”

So, what in the world does “the eternal weight of glory” mean? I’m going to tell two stories from two wars on two continents in two centuries that will help us get at an understanding of what Paul is saying.

Some years ago, I ran across the published memoirs Thomas F. Gailor, an Episcopal bishop of Tennessee, 1908-1935. There I read the story of the Rev. Dr. George Patterson, long-time rector of Christ Episcopal Church in Memphis, Tenn.

Though raised in Boston, after seminary, Patterson received a call to be a “plantation priest” in eastern North Carolina in the 1850s. When the Civil War began, the men of the community formed a regiment – and the priest volunteered as chaplain. As the regiment prepared to leave for the battlefields of Virginia, a woman came to the priest and said, “Take care of my son, Father, take care of my son!”

It was at Gettysburg that a soldier came to the priest and said, “Mr. Patterson, Brown has been shot. He’s badly wounded and has been abandoned on the field.” The priest secured a shielded lantern and crawled onto the abandoned battlefield looking for Brown. He found him, still alive but near death.

Patterson was strong of courage, and he had been well-trained in theology and liturgy. Pastoral care—not so much. “Well, Brown,” he said bluntly, “You appear to be in much pain, but you are sure to die soon and it will all be over. You are a fine Christian, you were good to your mother, and you were a devout acolyte for the church when you were a boy. There’s not much I can do for you now except give you a Christian burial.”

So Patterson began to read the Service for The Burial of the Dead while young Lt. Brown held the lantern and prayed the responses. When the service was over, Patterson patted Brown on the shoulder and crawled back to Confederate lines.

Thirty-five years later the priest, now Dr. Patterson and living in Memphis, was visiting friends in Nashville. He was walking down Union Street when a questioning voice rang out. “Mr. Patterson?” He turned to face a tall man who said, “Mr. Patterson, don’t you remember me?” “No, no I don’t.” “I’m Brown.” “Allen Brown, whom I buried at Gettysburg?” “The same.”

Brown told his story. It went something like this: “Mr. Patterson, after you read my funeral service and crawled away, I began to pray. I had given up any hope of living, but your coming out to me gave me such hope that I determined to live. I crawled out. I ended up on the Federal side of the field. I was doctored and sent to a prison camp. I live each day in hope and try to give hope to others. (Thomas F. Gailor, Some Memories, Southern Publishing, Kingsport, TN. 1937, pp 202-205.)

Now, the second, briefer, story. In 1942, in the midst of World War II, C.S. Lewis preached a sermon on this text and title at a church in Oxford, England. After establishing that the “glory” is the fact that all of us are eternally precious and valuable to God, he then reflected on the weight of that glory: “The load, or weight, or burden of my neighbour’s glory should be laid daily on my back, a load so heavy that only humility can carry it, and the backs of the proud will be broken” (The Weight of Glory: And Other Address, C.S. Lewis, Harper, 1949).

If we think only of our own glory, our own faith, our own works, or our own lack of all those things—that is, if we consider only what can be seen—we might come to the wrong conclusion and believe that our glory is in our own hands. But nothing could be farther from the truth.

We are as helpless and near spiritual death as was Allen Brown, lying gut-shot and alone in a field of dead bodies. And into that hopeless situation, hope comes calling. That which cannot be anticipated, cannot be seen with either the eye or the heart, has burst in on our lives and to tell us—”You are loved. You are precious. You have value. You are glorious!”

“The eternal weight of glory” is the happy burden of discovering that all those around us are the same sort of saintly sinners and sinful saints that we are—and learning to love and care for them anyway, as God in Christ has loved and cared for us.