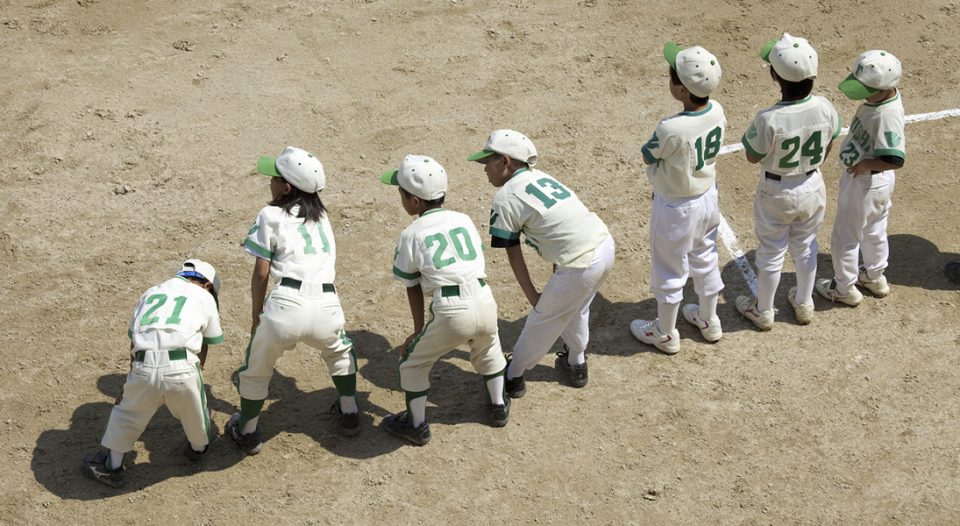 My younger son was playing coach-pitch baseball. They weren’t a very good team, losing a lot more often than they won. They were 7 years old, and most of them had the attention span of a gnat. They spent most of their time jostling and picking on each other. They seldom knew much about what was going on, even when they themselves were at bat or in the field.

Adult winning and losing is usually much more complicated than that. But it is important for all of us to learn to deal with losing, with failure, with disappointment—because long experience shows that most of us, most of the time, lose more than we win. And when we lose, it takes more than a snack to cheer us up and make us feel better.

Our Scripture lessons deal with people “losing,” encountering very real and painful failure in their lives.

Ezekiel: the prophet—to whom no one would listen. Paul: the healer—who could not heal himself. Jesus: the preacher teacher, miracle man—who could work no miracles at home. Each learned a valuable lesson from their failure: how to know when a loss is a win.

Ezekiel’s story begins like all good prophet stories; the people are acting like total pagans. They have turned their backs on God and godly ways. God decides to send a prophet to straighten them out. In Chapter 1, Ezekiel has a vision. In Chapter 2, God begins to speak to Ezekiel: ” ‘Mortal, I am sending you to the people of Israel … who have rebelled against me. … You shall say to them, ‘Thus says the Lord God.’ ”

So far, so good and so normal. This is how it works with God and prophets and the people of Israel in the Bible. Then, God says a strange thing: “Whether they hear or refuse to hear … they shall know that there has been a prophet among them.”(verse 5) Success or failure, winning or losing, is not the issue. The important thing is that they hear the truth, that they know “there has been a prophet among them.” As it happens, the people didn’t listen, and God sent them into exile, and the people rewarded Ezekiel for speaking out by treating him very shabbily. By all external measures, Ezekiel failed and failed miserably. But Ezekiel’s loss was a win, because he was faithful to the truth. When Ezekiel was finished, the people knew there had been a prophet among them.

Nobody knows what Paul’s “thorn in the flesh” was, but that is not important. What matters is that Paul prayed very hard and very long and very faithfully for this thorn to be removed, and it wasn’t. Paul lost the struggle for victory over a physical problem, and this loss created for him a spiritual problem, a crisis of faith. This failure to pray himself out of this physical problem led him to question his faith. It was an experience that could have shattered his trust in God, but instead it humbled him and strengthened his faith. Paul’s thorn in the flesh was a loss that turned into a win.

The story of Jesus returning home to preach occurs early in his ministry. Up until now, the Jesus of Nazareth Traveling Salvation Show and Tent Revival has been a roaring success. The first five chapters of Mark are filled with healing stories and reports of huge crowds of people coming to hear Jesus preach. Immediately before this story, he had raised Jairus’ daughter from the dead and healed the woman with the flow of blood.

So, he takes the tour to Nazareth, his hometown and falls flat on his face. They question his legitimacy. “Isn’t this Mary’s son? The carpenter? Where did he get this” They “took offense at him;” where I come from they would have said, “Who does he think he is?” And, somehow, their resentment results in his inability to perform miracles and other healings. One little line shows us Jesus being very human; “He was amazed at their unbelief.” Jesus just couldn’t believe it. He was stunned.

That day in Nazareth, Jesus had a loss that was a win. From it he learned the limits to his power.

I like to imagine that when we “get to heaven,” most of us will be like 7-year-old baseball players. We will cry out, “Did we win?” because we really won’t know. And the Jesus will look at us with a smile and say, “Who wants snack?”

My take: How poetry leads us to see creation anew