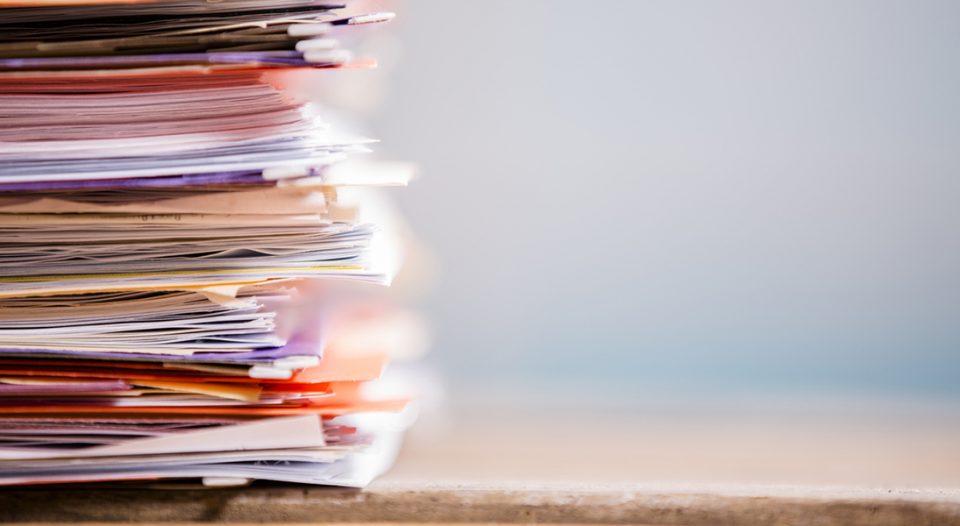 My Uncle John died in late March of this year. I miss him very much, and I continue to hold my cousins in prayer as they grieve the loss of their dad.

In addition to being a dad, John was an ELCA pastor. Throughout my 20 years of ministry, people often asked if I was his son. “No,” I’d reply, “Just a nephew.” Since my family tree is complicated, I tend to leave it at that.

Over the past decade, I got to know my Uncle John and Aunt Marilyn well and considered them mentors.

Marilyn recently spent part of a weekend with my family on a trip. She brought a carload of clergy items for me to share with the students at the seminary where I serve.

Everyone grieves differently, and it seemed evident that my aunt did not wish to simply leave things where they were. In fact, she was making sure the material things John left behind were being put to good use. To that end, she gave me and my wife a couple of John’s stoles, which we cherish.

She also shared a dilemma—and some documents. As it turns out, John had saved every bulletin and sermon from his years of ministry in four filing cabinets, which now inhabited a closet in their condo. She did not know what to do with them.

John’s sermons represented the culmination of over 40 years of thought, prayer and preparation. It seemed improper to simply empty the filing cabinets into a recycling bin, because these documents were symbolic of the care and commitment he made to the people and congregations he served.

John’s sermons represented the culmination of over 40 years of thought, prayer and preparation. It seemed improper to simply empty the filing cabinets into a recycling bin.

We decided we couldn’t donate these sermons to the seminary for students (or relatives) to use, because they were written for a specific time and context that are no longer relevant to our zeitgeist. The Holy Spirit is always up to something new—just ask any pastor who looks in the files to see what they were preaching five or 10 years ago.

As Marilyn and I discussed John’s trove of sermons in the filing cabinets, I began to think about the memorial garden on our seminary campus and how, from time to time, we inter the ashes of our alums there. Over the years, it becomes more than the sum of its parts. The ordinary becomes sacred, and the sacred becomes visible in the disturbed earth, the wilted flowers left behind. I mentioned this thought to Marilyn, and it dawned on both of us that John’s sermons might be part of a process—commending some of them to his children, and the rest to flames—a burnt offering of sorts.

I’m not sure what she did with the ashes of those sermons, but I hope they find a place somewhere in a garden, encouraging growth, just as they did when John first preached them when he was alive.