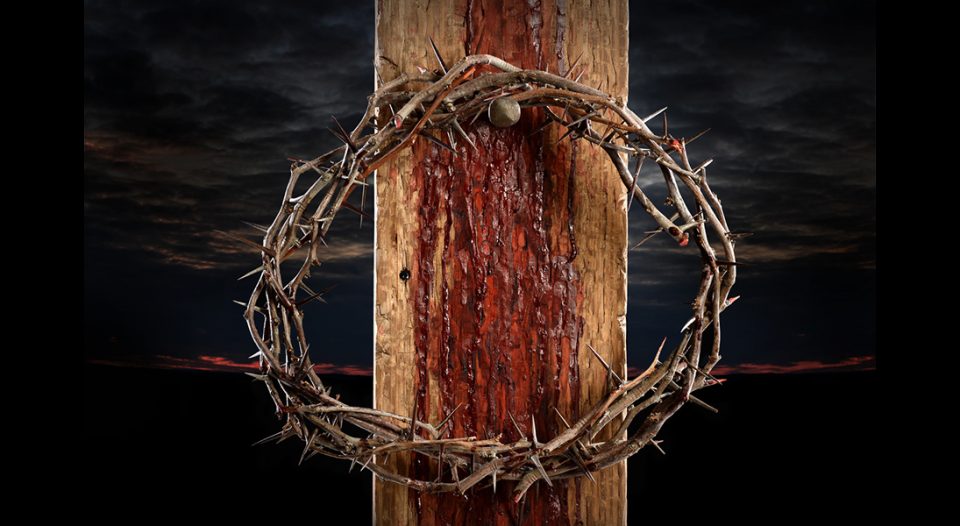 Most of us are so accustomed to hearing liturgical language about the bread and wine being the body and blood of Christ that we no longer really hear the crude, primal, visceral nature of such language. At least not the way Jesus’ audience heard it when he said to them: “Very truly, I tell you, unless you eat the flesh of the Son of Man and drink his blood, you have no life in you.”

When the text says they “disputed among themselves” about this, that is putting it mildly. The better translation would be “argued violently/angrily.” As we shall see in next week’s Gospel, many got so upset that they stopped following and listening to Jesus. This business of eating flesh and drinking blood was indeed a most offensive thing to say to Jewish people. Many of the laws about keeping kosher have to do with the avoidance of blood—drinking it or eating flesh with blood still in it, etc.

How are we to understand what Jesus said? What are we to make of such language? What is John trying to tell us with all these “bread” stories we find in chapter 6? There’s the feeding of the 5,000, the many references to the exodus from Egypt and God’s provision of manna from heaven, Jesus’ claims to be the true bread from heaven, and now this cannibalistic reference to eating and drinking Jesus himself. It’s all a bit much for our modern, antiseptic sensibilities. We prefer our religion neat and clean and appropriately done and appropriately metaphorical, if you please.

And so did many of the people to whom John was writing when he composed his Gospel several years after the death and resurrection. They were not only offended at this language about eating and drinking Jesus; they were also offended by the very idea that Jesus was really, truly human. They preferred to think that he was a sort of ghost who only appeared in human form, but who was really all spirit. There was an idea about that the body was bad, and the spirit was good and that true religion consisted of being really and truly spiritual and escaping the body. Therefore, many who became Christians with this idea in their heads decided that Jesus, the ultimate “spiritual person,” wasn’t really human—wasn’t “really real.”

They were not only offended at this language about eating and drinking Jesus; they were also offended by the very idea that Jesus was really, truly human. They preferred to think that he was a sort of ghost who only appeared in human form, but who was really all spirit.

John’s emphasis on Jesus’ fleshiness is meant to counteract this notion. The Greek word used here is sarx. It denotes meat, flesh. The alternate word John could have used is soma, which means body. By choosing sarx John is making it clear that Jesus was a real, live human being who ate and slept and went to the bathroom. That was important then, and it is important now. If Jesus only appeared or seemed to be human, then his suffering was not real suffering; his death was not a real death, and his resurrection was not a real return to the land of the living—it was just a show, a trick, an illusion.

For the economy of salvation to really work, it is necessary that Jesus be a real human being who lived and taught and was tried and suffered and died and went to hell and was brought back to life by the power of God. Otherwise, it’s just a nice story, and it really doesn’t change anything. In the end, it doesn’t communicate anything to us about God’s love and our life.

In his book Written in Blood, Robert Coleman tells the story of a little boy whose sister needed a blood transfusion. For various reasons, the boy was the only donor whose blood could save his sister. The doctor asked, “Would you give your blood to Mary?” The little boy’s lower lip began to tremble, then he took a deep breath and said, “Yes, for my sister.” After the nurse inserted the needle into his arm, the little boy began to look very worried, then he crossed himself, finally he looked at the doctor and said, “When do I die?” Suddenly, the doctor realized that the little boy had thought that to give his blood to his sister meant he had to die, and miracle of miracles, he was willing to do that for his sister.

Jesus did that for us. That’s what John wants us to contemplate. It’s not a metaphor, not a parable, not a mythological construct about dying and rising gods. John is clear about that and wants his readers to be clear also. This is why he uses this language about eating Jesus’ flesh and drinking Jesus blood—he wants to drive home the point of the gritty reality of Jesus’ life and death and resurrection. As we come to the table, we are called to be mindful of Jesus’ presence in our midst. It was a real presence then, and it is a real presence now.

The gospel is that Jesus really, truly came down from heaven to live among us as the fleshly love of God.

The gospel is that Jesus really, truly died upon the cross, giving up his flesh and spilling his blood, to save us from our sins.

The gospel is that God really, truly raised him from the dead, brought him out of the grave to a new and eternal life.

The gospel is that God really, truly has just such a future in store for each and every one of us.