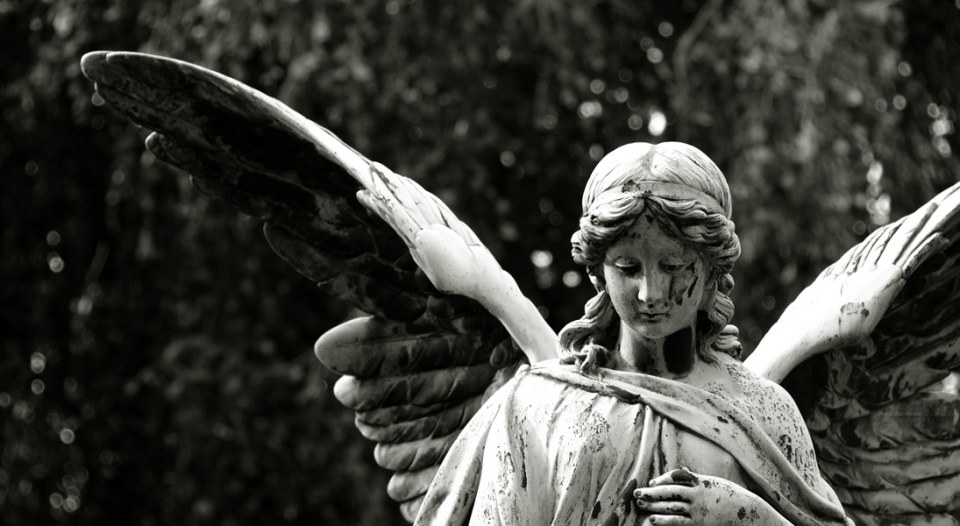 Editor’s note: On Sept. 29, the church commemorates the Festival of  St. Michael and All Angels.

The book of Daniel is filled with wonderful stories concerning a fiery furnace, mysterious handwriting on a wall and a den of large lions—tales of bravery and fidelity addressing how to keep the faith in a foreign land like Babylon, the site of Daniel’s exile. The book may be several millennia old, but its relevance is as fresh as yesterday. All who are marked with the cross of Christ struggle with how to keep the faith while living in a foreign land.

Even in the U.S., the primary allegiance of our Christian citizenship isn’t toward a country or political party. “Our citizenship is in heaven, and it is from there that we are expecting a Savior” (Philippians 3:20). Christians, the Bible says, are resident aliens (1 Peter 2:9-11), a baptismal identity primarily informing a variety of current issues as we live on-site in this in-between time.

My favorite story in Daniel centers on an unusual visitation (10:1-14) from a heavenly being that materializes in Daniel’s living room after 21 days of constant prayer. The unnamed angel—relieved by his friend St. Michael to travel after three weeks in a celestial tag-team wrestling match with a Persian whippersnapper—offers this compelling explanation: “Do not fear, Daniel, for from the first day that you set your mind to gain understanding and to humble yourself before God, your words have been heard, and I have come because of your words” (10:12).

British novelist E.M. Forster (1879-1970) wrote: “We move between two darknesses. The two entities who might enlighten us, the baby and the corpse, cannot do so.”

With seasonal regularity, Christians confess these words from the Nicene Creed: “We believe in one God … of all that is, seen and unseen.” It’s hard at times to wrap my head around the word unseen. Hard to believe in a realm that shapes my identity even more than love of homeland. Difficult to understand that the nature of prayer may involve a delayed reply due to unseen skirmishes involving principalities and powers beyond my awareness or comprehension.

“We move between two darknesses. The two entities who might enlighten us, the baby and the corpse, cannot do so.”

Daniel received an answer in three weeks. I suspect you could name a concern addressed in prayer for a lot longer than that. Maybe 21 weeks. Or even 21 years. “I have come because of your words,” said the angel, delayed in a conflict Daniel knew nothing about.

We believe in one God, maker of heaven and earth, of all that is, seen and unseen.

Sometimes, Christians give up on prayer to an unseen God because it doesn’t seem to work. In a world of hunger, violence, cancer and human estrangement, prayer is fine perhaps for suckers who live with their eyes closed and heads buried in the sand. Savvy citizens better have a backup plan with some real and immediate impact and results. (That’s the conventional wisdom anyway.)

I’m 61 now with perhaps another 25 years (or so) on the planet. Conversely, our creeds confess unfathomable longevity in an unseen reign of God—our true homeland. Believe that and I suspect we’ll live differently here on earth as temporary citizens of this, or any, country.

Voices of Faith   Faith and spirituality