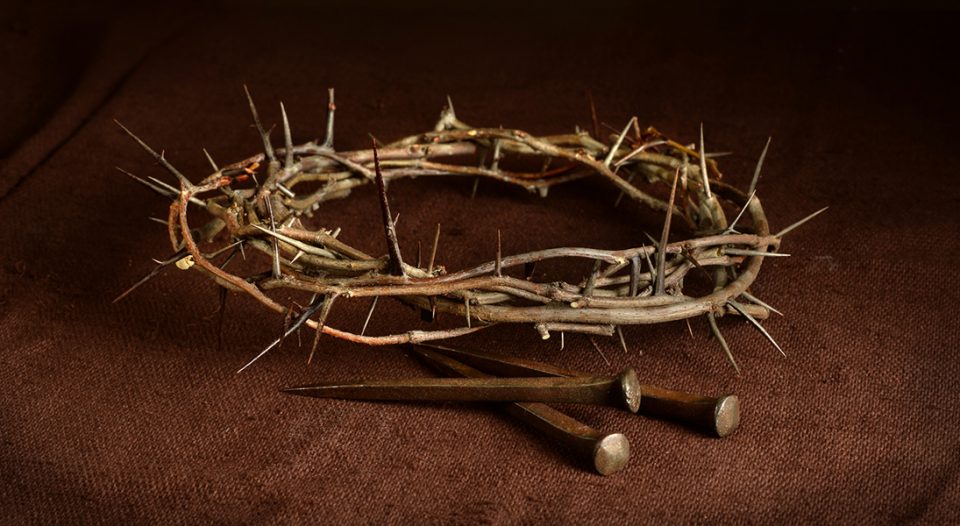 In the 1960s, the Rev. Walter Moore was a prominent figure in moderate Southern Baptist churches in Georgia, serving several terms as president of the state convention. He was in the forefront of their tentative efforts toward integration and racial reconciliation. He integrated his congregation in Macon, Ga., losing a third of the white membership in the process.

Earlier, in 1933, Moore was serving in a small town in South Georgia. One day he and his family pulled into their driveway after a trip to town. As they got out of the car, a neighbor girl beckoned his 5-year-old daughter, Miriam, who quickly darted across the street, directly into the path of a car. She was killed instantly. Moore grabbed his daughter in his arms and laid her on living room couch. Then he returned to the porch to find the very sorrowful and frightened African American man who had been driving the car. Moore went inside and called the sheriff and an ambulance. As he sat with his family, an angry crowd gathered, determined to lynch the driver. Standing between them and the man who had killed his child, he said: “You must not do this. You will have to kill me first.” By the time the sheriff and ambulance arrived, the crowd had melted away. Here are two questions for us.

Where did that father find the strength to do what he did in that moment, which had to be the most awful, shocking and devastating experience of his young life? And is such strength available to us? Our readings for today can help by pointing us to the redemptive healing and power of suffering, especially the suffering of Christ upon the cross. And they invite us to join Jesus in embracing the way of the cross as the way of true life.

In Isaiah 53, we read about what scholars of the Hebrew Scriptures call “The Suffering Servant.” Though it’s doubtful that Isaiah foresaw a particular individual like Jesus fulfilling this role in the future, it’s clear that the prophet had made a connection between the suffering and dying of one, or a few, and the liberation and healing of the many. It’s no surprise that the very early Christians drew a further connection between Isaiah’s description of the Suffering Servant and the life and death of Jesus.

In the verses preceding our reading from Mark 10:35-45, we hear Jesus giving a very clear explanation to the disciples of what is going to happen to him when they get to Jerusalem: The Son of Man will be handed over to the chief priests and the scribes, and they will condemn him to death; then they will hand him over to the Gentiles; they will mock him, and spit upon him, and flog him, and kill him; and after three days he will rise again (33-34). Almost before these words are out of his mouth, James and John ask him, “Can we be the No. 1 and No. 2 power people in a Jesus administration?” Obviously, they didn’t get what he was talking about. Jesus tries again. The talk about are you able to drink the cup that I drink, or be baptized with the baptism that I am baptized with? (38) refers to the cup of God’s wrath and the baptism of death. James and John still don’t get it; Jesus shakes his head and says: “You will suffer and die, but honors are up to God, not me.”

Hebrews 5:7-9 also points to suffering, death and the cross being somehow connected to liberation and life: In the days of his flesh, Jesus offered up prayers and supplications, with loud cries and tears, to the one who was able to save him from death, and he was heard because of his reverent submission. Although he was a Son, he learned obedience through what he suffered; and having been made perfect, he became the source of eternal salvation for all ….

This cuts to the very heart of the issue—Jesus knew that his path led to death. Jesus also knew that God could save him from this fate. Jesus wasn’t ashamed to let his fears and feelings be known. What agony!

Jesus was not suicidal, happily going to his death with visions of grandeur in his mind. He was not deluded. He was very much aware of what accepting “the cup” meant for him; he struggled over it, crying out, as the text says: “to the one who was able to save him from death …” This cuts to the very heart of the issue—Jesus knew that his path led to death. Jesus also knew that God could save him from this fate. Jesus wasn’t ashamed to let his fears and feelings be known. What agony! “You could save me if you would! But you won’t! Why won’t you? Why won’t you? My God, my God; why have you forsaken me?”

Although he was a Son, he learned obedience through what he suffered, and having been made perfect, he became the source of eternal salvation …. That is the great mystery of our faith: that where we are, in the midst of sin and suffering, decay and death, Christ has been, fully completely, totally. Whatever is the worst that you have been through—no matter how scared, lonely, lost and forsaken you are—Jesus has been there and is there with you now. Do you sometimes feel abandoned by God? Jesus has been there! Do you ever wonder how you are going to make it one more day? Jesus has been there! And God’s promise is that where Jesus is now, we are going. The good news of Jesus Christ is that the same God who brought Jesus through to the other side of the cross can and will carry you through as well. Moore knew this and remembered it in his darkest moment of extreme need. He remembered it and then lived it.

Jesus calls us to follow him. It is not an easy way, it is not a painless path, it is not smooth sailing. Jesus’ way is the “way of the cross.” But the joyous paradox and mystery of the gospel is this—the way of the cross leads home. For all of us—from the greatest to the least, from the oldest to the youngest, from the power brokers to the powerless, from the first to the last—all roads lead to, and through, and beyond the cross to Christ. “Who was wounded for our transgressions, crushed for our iniquities, upon him was the punishment which made us whole, and by his bruises we are healed.”