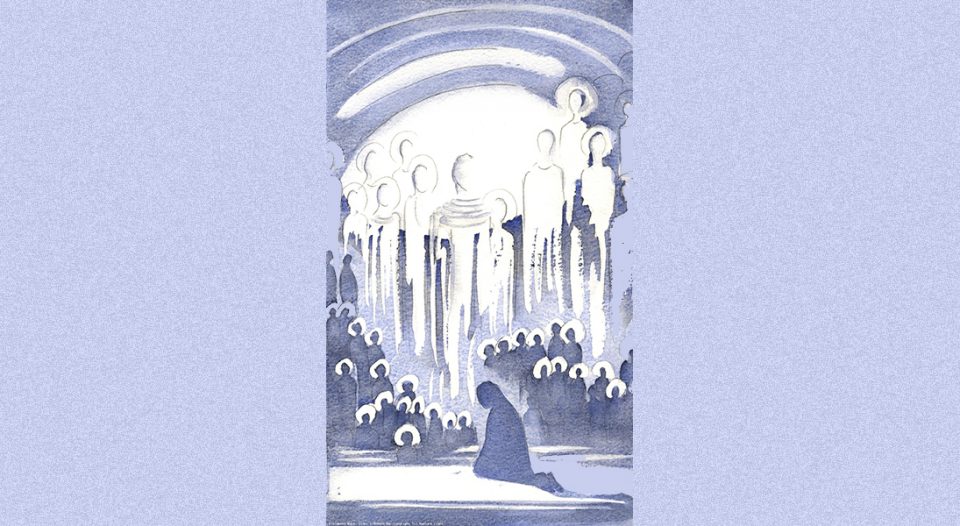 Today is Christ the King Sunday, sometimes referred to as “The Reign of Christ.” Our Gospel lesson for today is about Jesus’ trial before Pilate in which the powerful Roman governor tries to get his head around the idea that this humble, rustic rabbi is being proclaimed a king. Jesus looks nothing like a king of the time—an all-powerful man whose dictates were backed up by brutal military force. The crux of the situation is that Pilate, the social and political leaders of Judea, and most of the people who had been following Jesus around to hear him preach were aware of only one world, and Jesus was living in two. “My kingdom is not from this world,” Jesus said (John 18:36).

We, too, are called to live each day in two worlds, two realities, two kingdoms, two “realms.” And there is the realm of the so-called “real world” in which we function most of the time. And there is the realm of the “kingdom of God,” the spiritual world that those of us who are people of faith believe in and know ourselves to be citizens of —but which is very difficult to define or explain. This is, for us, very, very confusing.

We, too, are called to live each day in two worlds, two realities, two kingdoms, two “realms.”

There are different laws, different social systems, different time zones. We can’t run from one to hide in the other—avoiding the demands of heaven by proclaiming ourselves “only human,” or escaping our earthly obligations by protesting that we must be obedient to a “higher power.” We can’t retreat from a world full of pain and suffering, hunger and disease, wars and violence of all shapes and sizes. We are called by God to imitate Christ and put ourselves into the midst of this world, this time, this need.

That’s what Christ did for us, leaving that “kingdom not from this world” to live with us in ours, unarmed and unprotected, sharing with us in our trials and temptations, our dangers and defeats. The Nicene Creed reminds us: “For us and for our salvation he came down from heaven.” And we are called to follow our king, coming down from whatever place of privilege and power we occupy to move into a place of service and suffering. God calls us to struggle with the world we see all around us, to be active participants in making this world a better place for everyone. We are called to plunge into the secular now, this world, to get in it up to our necks.

But we are also called to look beyond the obvious to the real, to look past the daily to see the eternal, to look within the moment to see the mystery, to stare into the face of the truly human in order to perceive there the truly divine. For we live in two worlds at the same time, and the trick is not to become so enamored of the one that we lose sight of the other.

With Christ the King as our guide, we are called to see the hand of God moving in our midst, holding us up with divine love, pointing and gently nudging us in the direction of doing right, holding us back from danger and harm, filling the ordinary of our lives with the mystery of God’s eternal love.