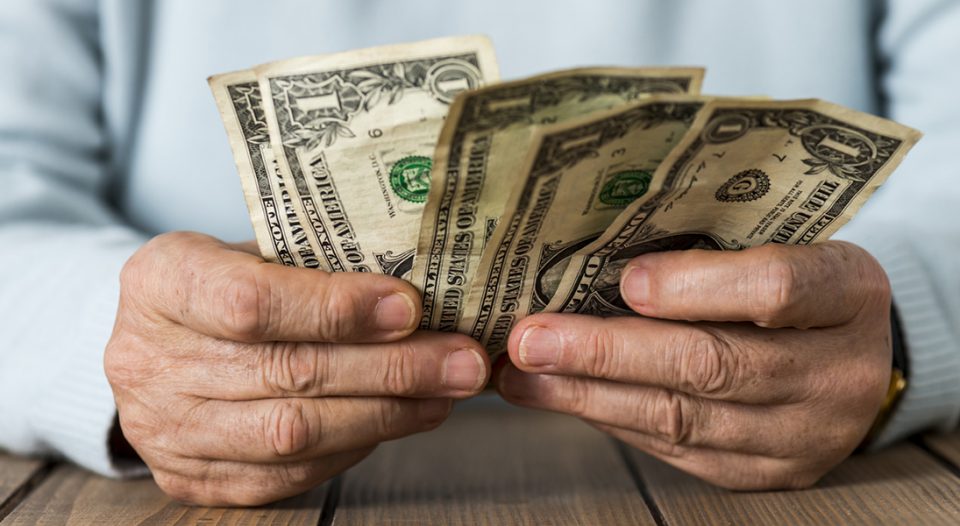 Miz Thelma was a widow. (“Miz” is as close as I can come to the traditional Southern honorific here. She wasn’t “Miss,” for she had been married; though she was Mrs. Barbee, you never used “Mrs.” with someone’s first name; and we had never heard of this “Ms.” business—so she was Miz Thelma.) She was about 90 years old and lived alone in an unpainted shotgun house about a quarter of a mile from the church.

She rarely missed a Sunday, walking to the church alongside the road winter and summer, rain or shine. She would only miss when her brother took her to Charlotte to visit her daughter and grandchildren—and she always called the church before she left to apologize for not attending.

But one Sunday she wasn’t at church, she hadn’t called and nobody in her Sunday school class had heard anything. When I went by her house to check on her, she was in bed with a really bad cold. After making her comfortable and calling her daughter, brother and the parish nurse, I chatted with her while we waited for someone to arrive. I asked if there was anything else I could do for her. She wanted me to take her Social Security check to the bank the next morning, cash it and bring her the money. I agreed after her brother arrived, so I wouldn’t be the only one who knew she had given me that check.

As soon as the bank opened on Monday, I cashed her tiny check, wondering how she got by on so little. When I got to her house, she was feeling better and wanted me to wait while she “got the money together for the church.” She operated totally on a cash system—the kitchen table was covered with envelopes labeled “Water,” “Rent,” “Phone,” etc., and she put the appropriate amount of money in each one. Miz Thelma carefully counted the money I gave her, putting precisely 10 percent in the “Church” envelope. Then she pulled out more envelopes, putting $2 in each: things like Lutheran Retirement Home, Lenoir-Rhyne College, Lutheran Theological Southern Seminary, Lutheran World Relief, Lutheran World Hunger Appeal, Lutheran Immigration and Refugee Service, Lutheridge Camp.

The first lesson: Why we give is much more important than how much we give. The rich people in Mark’s story gave in order to be seen giving. They made a big splash, a public display. In all likelihood they waited around until the temple was at its busiest, a time when the most people would see them being generous. They gave because of the esteem and respect they knew they would receive for giving.

Their motivation in giving was to trust God and love their neighbor.

The widows gave because they were confronted with a need. Though neither had the means to totally relieve the needs of others, they believed God was calling them to share what they had.  They also knew they didn’t have enough for their own needs, but they trusted God to provide. Their motivation in giving was to trust God and love their neighbor.

The second lesson is counter to something many of us often think. If you ask people what Jesus preached about, most would say love, forgiveness, grace, loving your neighbor, do unto others, etc. Almost no one would say, “Jesus preached a lot about money.” Yet, he did. For example, Jesus told 38 parables in the Gospels, 16 of them are about money or possessions. That is 42 percent. The lesson is that money does matter to God.

Money and possessions matter to God simply because they matter to us. They are the No. 1 idol in our lives, diverting our attention away from God and neighbor, friends and family. Too much attention paid to our stuff will be fatal to our souls. Jesus spoke so much about money because he knew it was necessary to confront this temptation head on, reminding folk that money is a means to the end of serving God and neighbor—not an end in itself. Thus, the rich gave out of their abundance—no need to trust God. The widow gave all she had to live on, relying completely on the Holy One.

As I gathered up her envelopes to take to the church and put in the safe for the counters, I said, “Miz Thelma, you are being very generous, not only to the congregation, but to many other needs. I know money is a little tight for you. Why do you give to all these things?” She smiled and said, “Pastor, the closer you get to the grave the more you realize you cannot take it with you. God gave me this money for a reason, and I reckon that reason is to help other people.”

When we realize that all that we are, and all that we have, are gifts from God—freely and generously presented to us by the Creator of the Universe—then we, too, will find ourselves responding to God’s grace with generosity by devoting ourselves and our possessions to the care and feeding of God’s precious world and all the people in it.