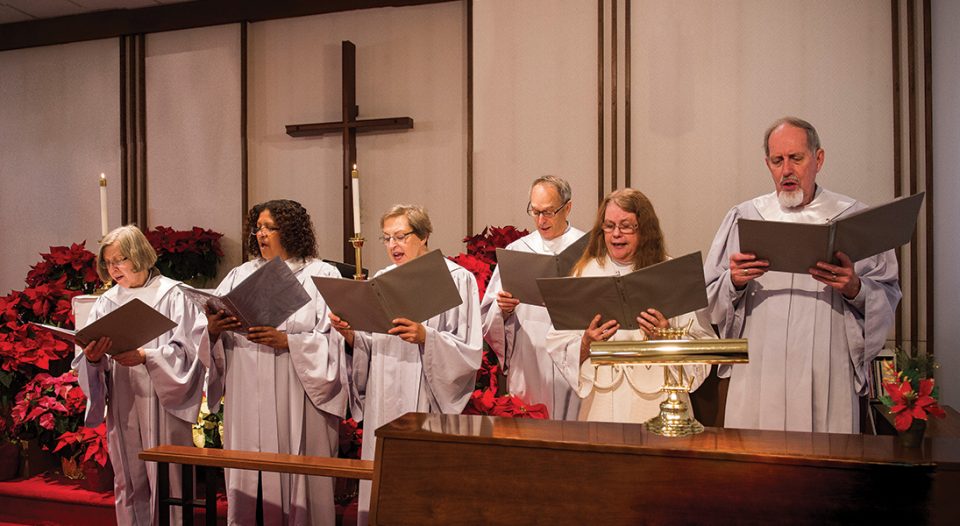 One of my favorite parts of Advent and Christmas are the songs. I especially like “We Three Kings” because it describes Jesus’ life, death and resurrection from the point of view of foreigners who come to meet him. My mom, for whatever reason, prefers “Dominick the Donkey.” We all have our favorites, right?

Three songs that never play on the Christmas radio stations and seldom in churches are found in this month’s readings from Luke. Mary, Jesus’ mother; Zechariah, John’s father; and a righteous old man named Simeon all praised God for the coming of the Messiah. Their songs are traditionally known as the Magnificat, the Benedictus and the Nunc Dimittis, respectively, from the Latin phrases found in each reading.

We might not expect a miraculously pregnant young woman, an old priest and a man near death to have similar responses to the Messiah’s birth, but their songs share at least two commonalities. The first: each sing of national salvation on an international stage. Mary praises God’s mercy to Israel in fulfilling God’s promises to Abraham (Luke 1:54-55). Zechariah describes how God provided salvation and rescue from enemies, enabling Israel to serve God without fear (Luke 1:71, 74). Finally, Simeon tells how God prepared salvation in the sight of all nations to be a revelation for the Gentiles and the glory of Israel (Luke 2:30-32). The advent of Jesus was good news to everyone who had long suffered under foreign domination.

Another key theme for Mary, Zechariah and Simeon was how the incarnation would upend the social order. Mary sings: “He has shown strength with his arm; he has scattered the proud in the thoughts of their hearts. He has brought down the powerful from their thrones, and lifted up the lowly; he has filled the hungry with good things, and sent the rich away empty” (Luke 1:51-53).

Zechariah also sings of God raising up a horn of salvation, allowing God’s people to get out from under their enemies and those who hate them (Luke 1:69-71). Even Simeon, speaking privately to Mary, adds that Jesus would cause the rising and falling of many, and would be a sign people spoke against (Luke 2:34). Their words foretell upheaval of existing power dynamics.

So as we sing our favorite carols this season—and I hope we always will—let us also remember the songs of Mary, Zechariah and Simeon. And let us join in praising Jesus’ holy upheaval and God’s salvation playing out in all nations around the world.