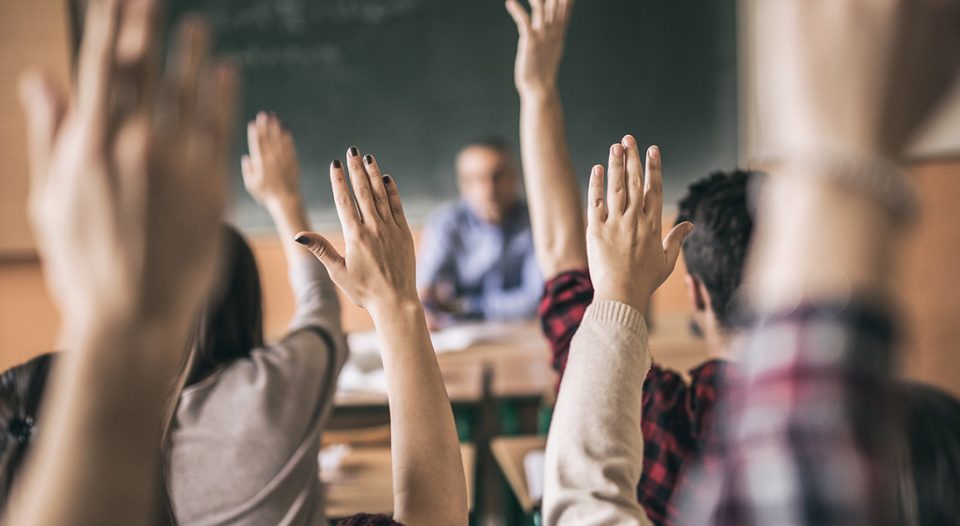 I went to college hoping to lose my faith. Two months before I arrived at Gustavus Adolphus College in St. Peter, Minn., my parents had sent me to a camp designed to give young evangelical Christians the intellectual tools they needed to resist the “liberal indoctrination” of their colleges.

We sat in classrooms with no air conditioning and learned how evil all the books we would read in college were. “Dr Jekyll and Mr Hyde represents an un-Christian worldview,” explained our professor during the first lecture of what would serve as the camp’s literature class.

“Does anyone want to know why?” He didn’t wait for an answer. “It’s because the book shows man as two personalities—torn between good and evil. But what does the Bible say?”

A lanky boy with a shadow of facial hair on his upper lip and glasses that darkened in bright light, giving his eyes a perpetual sepia look, raised his hand and said, “For all we like sheep have gone astray.”

The room smelled of body odor and chalk. Girls with hip-length hair pulled back in scrunchies wrote neat pages of notes.

I was there because I had sinned. That sin was lying to Sears, where I worked selling shoes. On the last day of my senior year in high school, I told my boss I was sick so that I could play tennis with my friends. My parents caught me in the lie, and when they confronted me, I refused to apologize. Concerned that I was losing my faith, they sent me to this camp.

Had I told them the truth, they might have been more worried. I still believed in God, but I no longer wanted to. In John Bunyan’s classic allegory The Pilgrim’s Progress, the character Christian feels all the burdens he carries—his life, his pain and his worries—being released the moment he sees the cross. But in my case, my faith was the burden.

I found a community of people who saw faith not as a weapon of oppression but as a tool for exploration.

I had been raised in Baptist and evangelical churches. Each church taught me that, as a woman, I should be quiet and submissive, with motherhood my highest calling, finding a husband my greatest blessing. I was taught to believe in an apocalypse in which God’s wrath would rain from the sky. That my gay, queer and trans friends were going to hell.

The religion of my childhood was about striving but never achieving. Of being subordinate, ruled over, never good enough. By high school, I was exhausted. I wanted out. I read Friedrich Nietzsche and Simone de Beauvoir in the school library during lunch. I longed to be the inverse of Bunyan’s Christian. I wanted the bell tower of a liberal college to serve as the symbol of unbelief—I would kneel before it, the weight of my faith would tumble off, and I would be able to breathe.

Ready to be converted to unbelief, I went to college. Gustavus is a small ELCA school, with the typical collegiate tree-lined walkways and charming old buildings. I had chosen Gustavus because it had offered me the best financial aid package, so that was that. When I told my parents, my mother frowned. “Don’t you want to go to a Christian school?” she asked.

“Lutherans are technically Christian!” I yelled. But secretly, I hoped they weren’t.

During a meeting with my advisor—a gentle English professor who would laugh tears of joy reading William Faulkner out loud to a class—I said I hated my Bible class. “Who believes that, anyway?” I asked. I hoped he’d high-five me and tell me, “Welcome to the team of unbelievers!” But he didn’t. Instead he told me that faith was complex, that there were a lot of ways to live it, and that I should be open to the ideas of others.

I told my pastor that I had a lot of questions. “Me too,” she would say, smiling. “Welcome to being a Lutheran.”

He wasn’t the only one. My aggressive antireligious comments in class were always gently redirected by my professors. They had nothing against atheism or agnosticism; they just wanted me to think and to live a life of questions rather than dogma, one that was open to the world rather than closed off. I had come expecting to be brainwashed. Instead, I found a community of people who saw faith not as a weapon of oppression but as a tool for exploration.

Twenty years after I entered college and tried to leave my faith, I left my marriage and became a Lutheran. Married at 22, I’d once again found myself locked into a version of faith with no room for me or my voice. I spent 12 years trying to make the situation work—trying to bend my body into spaces not designed for it. I did this because I was in love. I did it also because I knew I could never not believe. I wanted faith, but religion didn’t want me. Eventually, I broke. And when I did, I knew exactly where to go to heal: the small ELCA church in my neighborhood.

The next year, I would sit in a coffee shop with my pastor and, in the same angry voice I’d used when I insulted religion in college, tell her I didn’t know if I believed in hell or the apocalypse, that I had a lot of questions about this so-called “Jesus” and the way we talk about his lessons and divinity. “Me too,” she would say, smiling. “Welcome to being a Lutheran.” And I would feel welcome. Finally.

The weight of religion hasn’t fallen off me easily. It happens slowly. Liturgies that use inclusive language. Communion offerings in which all are welcome. Noisy services that invite children to participate, rather than shoving them into the basement of the church. None of these things are exclusively Lutheran—but the ELCA is where I found them. First in college, angry in a classroom, and then as an adult, wearily accepting sweet rolls and coffee and a new way of seeing. And it’s where I’ll stay, struggling, learning, living a life that is open and full of faith.

Lyz Lenz
Lyz Lenz is a contributing writer for the Columbia Journalism Review. Her writing has appeared in the New York Times, the Washington Post, the Guardian and many more. Her book God Land was released this year. She is a member of St. Stephen Lutheran Church in Cedar Rapids, Iowa.

3 signs of what it means to be church

Lectionary blog: A light to be shared