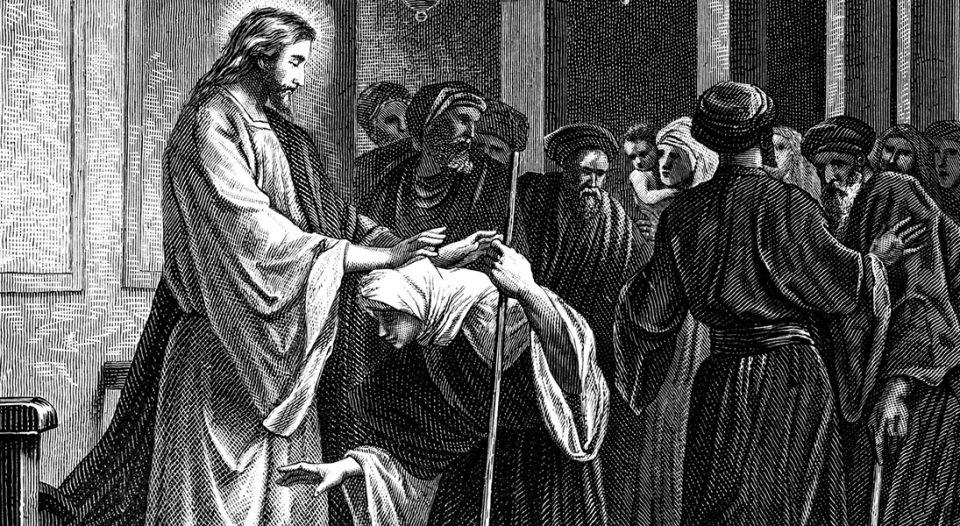 During a conference call with seminary students, we talked about their visions for how to be faithful in assisting God’s transformational leadership of the church. A key piece of advice for seminarians (and pastors) in this process is to not bite off more than they can chew. A thousand things may need to be addressed in a congregation, but we’re all human. If God and the church desire the work to be done, God will impress the needful activity on human hearts, and humans will respond by following the Spirit’s leadership. In following God’s leading, we must remember that congregational leaders cannot, and should not, attempt to solve all the problems themselves. This means some issues are set aside while others receive priority. This week’s readings help us think through which issues are to be all of our (not just pastors’) priorities.

Jeremiah prophesied during the last days of the Kingdom of Judah. It was his sad duty to call the people to repentance and witness against them when they didn’t. Even King Josiah’s grand reform of Judahite religion (2 Kings 23:1-25) was insufficient to remove God’s wrath (2 Kings 23:26-27). Jeremiah’s duty was to speak God’s words through the whole process of the waning kingdom, its destruction and the continuing life of the survivors.

Jeremiah is known as the weeping prophet because he was chosen, against his will, to prophesy death and destruction to his people. Still, even in this somewhat bleak book, there are oracles of hope and promises of redemption. God chose Jeremiah to be a prophet to the nations, appointing him “to pluck up and to pull down, to destroy and to overthrow, to build and to plant” (Jeremiah 1:10). Amid all the divine anger, disappointment and destruction, God still called on Jeremiah to build up and plant—a truth for all the surrounding nations, not just for Judah. In other words, even while prophesying calamity, Jeremiah was to also offer words of hope.

In this week’s Gospel text, Jesus demonstrates forcefully that no amount of piety and faithfulness to God’s laws should ever prevent us from working toward the whole freedom and health of our neighbors. On the Sabbath while he was teaching, Jesus saw a woman who was bent over and hadn’t been able to straighten up for years (Luke 13:10-11). Calling her up in front of everyone, he healed her by saying that she had been “set free” from her illness. By healing her, Jesus was specifically making a point about priorities, and he chose his words to provoke objection. The synagogue president obliged Jesus by pointing out that healings are great any other day of the week, but the Sabbath was to be a special time of worship. Jesus pointed out that since freeing animals when they are thirsty is permitted on the Sabbath, how much more so is releasing people from chronic injury allowed (Luke 13:15-16).

By healing her, Jesus was specifically making a point about priorities, and he chose his words to provoke objection.

In the generations after Jesus, rabbis instituted a similar ruling, relying on Leviticus 18:5 (the one who keeps God’s laws and decrees will live by them). The doctrine of pikuach nefesh (to save a life) means that almost any other law in Judaism is less important than saving a life. If keeping commandments moves one closer to death than life, commandments need to be reprioritized. As an example, if a human becomes ravenously hungry while fasting on Yom Kippur (the holiest day of the year), not only can she break the fast but she may even eat unkosher things if they will brighten her eyes (BT. Yoma 83b). People still debate when specific activities are allowed, but generally, any doubt favors immediate action to preserve life.

As I read this week’s psalm, I think of the inhumanity on the U.S. southern border with children separated from their parents who exercise their right, under international law, to seek asylum. I hear the Spirit who inspired the psalmist, also speak in the voice of the refugee and asylum-seeker:

“In you, O Lord, I take refuge;
let me never be put to shame.
In your righteousness deliver me and rescue me;
incline your ear to me and save me.
Be to me a rock of refuge, a strong fortress, to save me,
for you are my rock and my fortress.
Rescue me, O my God, from the hand of the wicked,
from the grasp of the unjust and cruel” (Psalm 71:1-4).

Mistreatment of children is literally a matter of life and death, and we can’t stand idly by. We are bound to try and save lives. Let us never be slow to do God’s work with our hands or to help our neighbors find refuge when they seek it. And let us never be cruel to neighbors looking for help, motivated by our own fear. But let us recognize that God’s priority is always in caring for the other.

Priorities matter. In the days of the Bible, as now, God insists that God’s people prioritize freedom, release, healing and neighbor-love. Jesus framed his own ministry as proclaiming freedom for prisoners and setting the oppressed free (Luke 4:18). If those are Christ’s priorities, they must be ours as well.