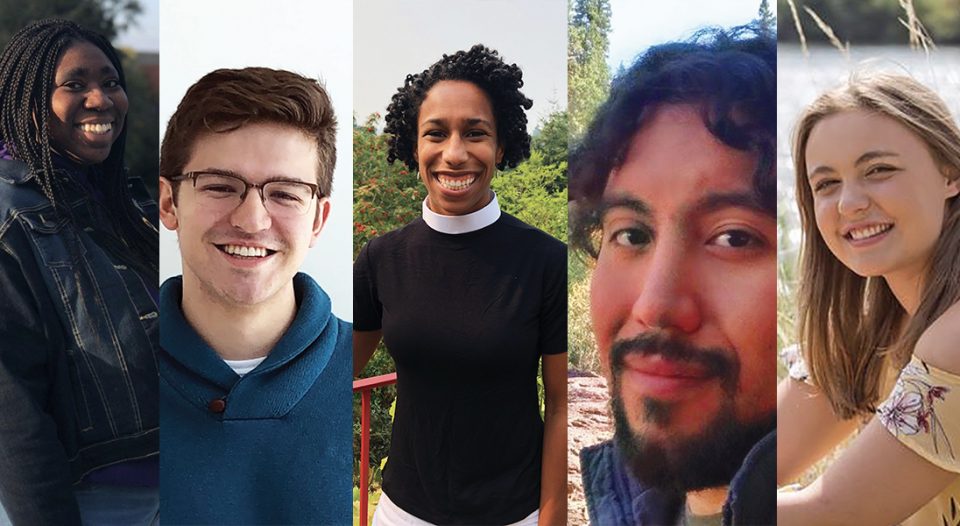 Where some see a challenge, Adam Fairchild sees an opportunity.

In between a monthlong campus ministry trip to Europe and preparing for his junior year at the University of Maryland, College Park, the 19-year-old will head to Milwaukee Aug. 5-10 as a Delaware-Maryland Synod voting member to the ELCA Churchwide Assembly.

“It’s really a unique chance to learn more about the wider church,” he said. “We sometimes forget about the amazing resources we have and the things we can do when we’re gathering together as the body of Christ.”

Fairchild, a member of Grace Lutheran Church in Westminster, Md., is one of 143 young adult voting members to the assembly. At this triennial gathering, churchwide officers are elected, a budget is set, policy is adopted and ministries are reviewed. In 2009, the assembly added a provision to the ELCA constitution outlining a goal that 10% of the voting members of churchwide and synod assemblies be youth and young adults, giving the next generation a voice at assembly.

“The young adult perspective is focused on advocating for justice. We have language in the ELCA around service and mercy—we need to bring that into the world.”

In a denomination searching for more leaders like Fairchild—just 12% of ELCA members are ages 18 to 29, according to the Pew Research Center—some might see a challenge. Fairfield thinks otherwise. Young adults are ready to impact the life of the church, he said, but they want to see a body committed to issues that are shaping their lives, like climate change and immigration.

“The young adult perspective is focused on advocating for justice,” said Fairchild, who is considering attending seminary. “We have language in the ELCA around service and mercy—we need to bring that into
the world.”

For Chey Boykin, a 19-year-old student at California Lutheran University, Thousand Oaks, serving as a voting member offers a firsthand glimpse of how the church’s policymaking gears turn.

The young adult representative from the Southwest California Synod hopes church leadership continues growing in its representation of places like her home congregation—St. Mark Lutheran in Los Angeles.

“The ELCA has done a really great job of being inclusive, so for me, I would like to see more people of color in positions throughout the hierarchy,” she said. “I would love to see that and how diversity in the church would play out.”

Elizabeth Peter, a student at United Lutheran Seminary of Gettysburg and Philadelphia, is focused on more granular assembly details. A former TV news producer from Harrisburg, Pa., the 26-year-old is encouraged by the thoughtful word choice throughout the ELCA’s governing documents and what it reflects about the church’s future.

The voting member from the Lower Susquehanna Synod is particularly intrigued by proposals regarding deacons, including establishing a rite of ordination for them and increasing opportunities for recognition.

“[The proposals say] a lot about how we communicate partnership with rostered [ministers]—showing that, while we have different gifts, we are all called by God,” she said.

“Set us up for success”

How can congregations increase the ranks of young adults who are active in their congregations and seeking leadership positions now or in the future?

Sophia Behrens, an 18-year-old member of the ELCA’s Youth Core Leadership Team and a voting member from the Rocky Mountain Synod, says youth are willing to be involved, they just need to be shown how.

Church leaders need to connect young people to leadership activities beyond youth group and confirmation, she suggested. Introduce them to campus ministry, Lutheran Outdoor Ministries or ELCA Young Adults in Global Mission (YAGM), and you might have a lifelong leader.

It’s a message that rings true for Christopher Garza, a graduate of Augsburg College, Minneapolis, who in his 20s became a congregational leader. Unemployed and wanting to stay busy, he came to Luther Memorial Church, South St. Paul, Minn., and joined the finance and ministry teams. Later he was invited to serve on his congregation council and as a Saint Paul Area Synod Assembly voting member.

Once he was in those positions, he found himself eager to help but unsure what to do.

“Leadership development for young adults goes back to outreach—go after them, involve them, train them,” said Garza, who after the assembly will travel with his wife to Argentina through YAGM. “The older generation needs to engage us, get us involved, train us, set us up for success—otherwise it’s just going to be the same people running the show.”